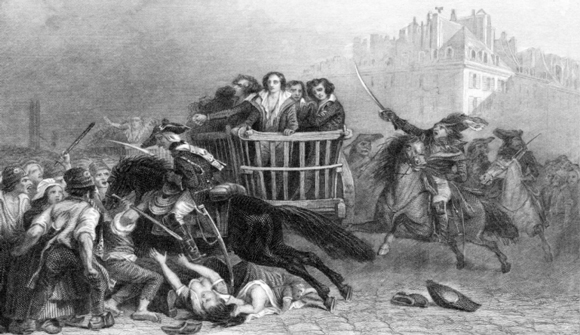 What's behind the sudden outburst of populism in the Democratic Party? Partly the weak economic recovery. Most economic indicators have turned positive – economic growth is up, unemployment down, the housing market is in recovery. But ordinary Americans are not feeling it. In last month's CNN poll, two thirds of Americans said the nation's economy was poor. More than half expect it to remain poor a year from now. People at the top of the income ladder have been raking in the money while wage growth for working Americans has stagnated. That's a recipe for a populist explosion. – Reuters

Dominant Social Theme: Populism arises as an antidote to unfairness.

Free-Market Analysis: One reason we fought so hard against the Occupy Wall Street movement was because we clearly grasped it was populism.

Populism is a horrible political perversion and always leads to a worse "ism," eventually. All around the world, banking elites have installed the building blocks of internationalism. Country after country has emplaced a central bank that allows a handful of technocrats to fix the price and value of money.

This combined with corporate personhood has created the recipe for what we see today: a merger of industrial might with government controlled behind the scenes by the globalist banking set.

When the fascism – corporatism – eventually steals enough of the wealth of the middle class, populism can be ignited. The populism – social and economic – is also created by top elites to defuse the anger generated by the corporatism that they have already inflicted.

Both populism and corporatism are significant paradigms of control.

Modern corporatism uses the building blocks of central banking, corporate personhood and "democracy" to create a top-down, elite-controlled society that gradually collapses inward on itself as fewer and fewer individuals control more and more assets.

Modern populism is the elite-developed antidote. This attacks central banking and corporatism by proposing that government be used to make life fairer for the "people." Of course, what is really going on is that the top elites are actually behind populism and are cleverly proposing a solution that is a Trojan Horse for further elite control.

It is a relatively simple matter to raise up "populism" because people will accept that if they get "their own" into government, then the ruling elite will eventually fall out of power.

Compare this to the US/American revolution that stated people received their rights to life, liberty and the pursuit of happiness from the "creator." In other words, people had "natural" rights. It took 150 years to begin to destroy this powerful concept – though of course many would observe as a matter of political common sense that a written Constitution of this sort was itself a dangerous instrument, and indeed it proved it was.

But no matter: A crux issue is where political power is derived. The magnificent achievement of the West was finally to attribute this sort of power to godhead. But the top elites, fighting back, attempted to reestablish that rights belonged to government, not God.

Populism is a further extension of the French Revolution. It seeks to suggest that populist figures – railing against the state – can re-establish fairness by prevailing on Leviathan to "do the right thing."

This is in fact, why populism is so, well … evil. It presents the idea that the state is in charge and that powerful and idealistic leaders can set things aright by sheer force of their personalities.

Instead of explaining the problems of elite technocracy, populism deepens the confusion by arguing that technocrats ought to be replaced by THEM. And in the argument, the whole idea that people are individually empowered by natural rights get lost. Which is the penultimate elite goal.

This Reuters article is a perfect example about how this populist meme is expanding; and its explanation takes in none of the above. See for yourself:

Remember the "Occupy Wall Street" movement that started in 2011 and spread across the country? Most pundits don't believe it had any impact, especially compared with the Tea Party. They're wrong. In a stroke of marketing genius, the Occupy movement introduced the phrase "1 Percent" into the nation's political vocabulary.

That's what defeated the Republican presidential nominee Mitt Romney in 2012. Romney was Mr. 1 Percent. The Occupy movement won a big victory with the election of Bill de Blasio as mayor of New York in November. De Blasio's issue was the growing economic inequality that's painfully visible in New York City: gleaming new condominiums for the very rich alongside deep and increasing poverty.

"We are called," De Blasio said in his inaugural address on Wednesday, "to put an end to economic and social inequalities that threaten to unravel the city we love."

What made it work for De Blasio was simple: his predecessor. Forbes magazine lists former Mayor Michael Bloomberg as the second-richest person in New York City. He does not have a populist bone in his body. That created the opportunity for de Blasio to ride to victory. De Blasio was the un-Bloomberg.

The opposite of populism is elitism – the belief that the people in charge know what they are doing and can be trusted. Bloomberg was the consummate elitist. His governing principle seemed to be, "Trust us. We know what we're doing. And we know what's good for you."

Economic populism is aimed at the elite of wealth – Romney. Social populism is aimed at the elite of education – … De Blasio paid tribute to that tradition in his inaugural address when he linked himself to the great New York Democrats of the New Deal era – Al Smith, Franklin D. Roosevelt, Eleanor Roosevelt, Frances Perkins – "who blazed a trail of progressive reform and political action, who took on the elite."

There are so many things wrong with this analysis that it is hard to unpack it. The main wrongness has to do with what is UNSTATED – that populism doesn't happen in a vacuum. The reality of Occupy Wall Street was that George Soros was a main player in its development and funding and that its thought leaders published books basically seeking the destruction of the "one percent."

This was a great example of perversity. One percent of 300 million is three million rich people. But corporatism is inevitably run by a handful of individuals who do not reveal themselves and are worth – in the central banking era – trillions of dollars. They control Wall Street. They control government. They controlled Occupy Wall Street.

At one point, during the rhetorical height of the Occupy Wall Street movement, we noticed suggestions to bring back the guillotine! The elites behind these structures know exactly what they are trying to accomplish. And it ain't pretty …

We're proud of our role in helping destroy the first incarnation of Occupy Wall Street, the nascent wedge of a neo-populism. But we are sure it will be back in some guise or another.

It is one of the reasons that we have fought so hard against the rise of the half-baked populist economics of Silvio Gesell and Major Douglas. These redistributionists suggested a form of economic populism that would be as destructive as the political populism being promoted around the same period.

It is simply no coincidence that economic and social populism are being promoted just as technocracy is stumbling and failing. These are both elite promotions and people shouldn't fall for them.

The Wall Street Party we have been reporting on is part of this larger paradigm as well. Once the bubbles burst, populism will reoccur with vigor. It is all related – and all manipulated.

Put your trust in freedom, communitarianism at a local level, sound money and human action. Drop away from the system by becoming as self-sufficent as possible. Don't support it. Don't be swayed by economic and political sophists.

Government will not set you free nor guarantee prosperity. Not ever. Nor will "populist" leaders.