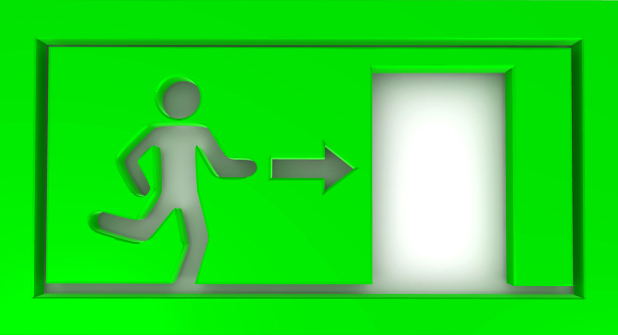 Paul Krugman Consigns To Hell An Economic Slump Of His Own Devise … Public intellectual Paul Krugman recently consigned to Hell, in a New York Times op-ed column entitled A Permanent Slump, the world economy. He wrote: … "[W]hat if the world we've been living in for the past five years is the new normal? What if depression-like conditions are on track to persist, not for another year or two, but for decades?" Yes. What if? And what if Paul Krugman is one of the chief architects of these depression-like conditions? As this columnist recently wrote, about Professor Niall Ferguson's dismissal of Prof. Krugman from polite company, "Krugman's horns now forever will show under his dislodged faux halo." Prof. Krugman? As Christopher Marlow so elegantly put it in Dr. Faustus, Yes, Prof. Krugman, this is economic Hell. Nor are you out of it. There is abundant evidence that you had, and have, a material role in producing this Hell. – Forbes

Dominant Social Theme: Krugman is correct again. What happened is not his fault. He has been issuing warnings regularly.

Free-Market Analysis: This is a good article because it begins a necessary process of identifying those who have chosen to support the international regime and its falsehoods.

As the West degenerates, as monetary systems fail, as war expands and the Leviathan produces endless, senseless laws and regulations that merely increase the destructive trends of globalism the Krugmans of the world have more and more difficulty justifying what is wrong.

Eventually, the cognitive dissonance becomes overwhelming and they attempt, finally and feebly, to simply jettison the vision they've been paid to vigorously defend. Here's more on how Forbes puts it:

This is the world that Paul Krugman of the New York Times has defended for years. But in a column of August 24, "Galt, Gold and God," he rails against an interest in the gold standard, which he attributes to Paul Ryan. Krugman lambastes Ryan, ironically enough, for an observation the latter made paraphrasing Keynes: "'There is nothing more insidious that a country can do to its citizens,' he intoned, 'than debase its currency.'"

Prof. Krugman and his "plovers" have a propensity to dismiss their intellectual adversaries with infantile terms such as "derp." It is easier, although lazy and louche, for Prof. Krugman to ignore the comments of world-respected officials, such as Herr Dr. Weidmann calling gold a "timeless classic." Prof. Krugman chronically misrepresents marginal figures as significant. He sets up straw men for ridicule rather than grappling with proponents who make a rigorous case.

Rigorous propositions for serious monetary reform as a recipe for equitable prosperity (not austerity) now are emerging from important policy thought leaders. These include the founder and chairman, Lewis E. Lehrman, of the Lehrman Institute (whose monetary policy website, thegoldstandarnow.org, this columnist professionally edits). It includes the American Principles Project (with whose sister organization this columnist professionally advises) under the direction of its chairman, Sean Fieler, and its economic policy director, Rich Danker.

Now, we disagree with some of this for various reasons. We are in favor of a competing money without state interference of any sort. Most of those mentioned above have some sort of "plan" for money. But even so, these plans are far less intrusive than what might have been suggested in the past.

And that's because things are growing rapidly worse. We do not necessarily attribute the West's degeneration to some sort of conspiracy, either. The "conspiracy" happened long ago and is evident in the West's sociopolitical and economic makeup. What is going on now is merely the bitter fruit of what was planted.

One cannot stop this strange harvest. But as it progresses, the terrible reality will continue to impress itself on people. And the defenders of the status quo like Krugman will encounter more and more hostility and confrontation.

"[W]hat if the world we've been living in for the past five years is the new normal? What if depression-like conditions are on track to persist, not for another year or two, but for decades?"

This is a perfectly rational expression of someone who has been forced to confront the cognitive dissonance of his own arguments. Unable to defend the status quo anymore, Krugman defends himself by asserting that the tidal wave of ruin now sweeping down on the West is impossible to halt or even slow down.

By characterizing it as a kind of unstoppable natural disaster, Krugman avoids the blame for his part in the making of these massive problems.

We have been waiting for these kinds of reactions. Those who believe that the architects of our failure will ever acknowledge their own part in it will wait a long time, indeed. That's not how life works. The ones who were the most vociferous creators of our demise will be the ones to wash their hands of it the most quickly.

They will not even try to defend themselves. They will simply observe the disaster and claim it is a natural one. They had nothing to do with supporting it and can do nothing to halt it.

This is untrue, of course. Krugman has been in the forefront of dissembling when it comes to explaining economics and recommending protocols. He is a self-avowed Keynesian who believes that government interference of all sorts via taxes, monetary inflation, regulation and government employment programs are necessary to combat the "failures" of the private market.

This is an entirely false paradigm, however. There are no market failures, nor can there be. Small or large, markets work as they must. Any perceived failures are the result of government meddling.

He will never explain that the system that central banks prop up is effectively bankrupt and that is a main reason it has ceased to function. He will never explain "dreamtime," the idea that an economic system based on his monopoly money printing precepts is impossibly distortive and must end in disaster.

Like Pontius Pilate, he is already washing his hands. Perhaps he perceives vaguely in the mists ahead the Wall Street Party we have been writing about. Perhaps he sees coming the final results of the government activism he espouses – the final Market Act that will push averages up much higher before they crash and take down the current economy with them.

But no matter what happens, people like Krugman will never take responsibility for their actions or misinformation. Even if faced directly with his participation, he will deny and disassemble. And there are thousands of other influential men just like Krugman.

We make the mistake of assuming people like Krugman actually wish to engage in an intellectual debate about the great ideas of our age. Likely, they do not. You can see who they are when it comes time for them to defend their lies.

They are the ones leaving the scene as if fleeing from an accident.