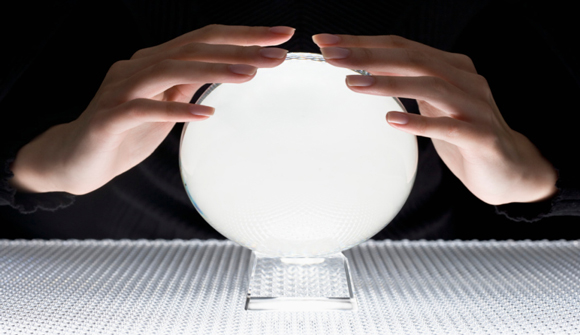 We certainly live in extraordinary times.

Even people who have been irrationally dismissive of the Corona pandemic up until this point finally had to wake up and smell reality yesterday. The NBA. Tom Hanks. European travel ban.

Our human brains, while magnificent and inspiring, are also wired in bizarre ways. We’re filled with countless ‘cognitive biases’ which affect our judgment, usually for the worse.

Among them is that human beings often cannot accept the possibility that tomorrow could be radically different than today.

Things that were completely unthinkable just a few days ago have now happened. And pretty much everything is on the table right now.

So I wanted to spend a bit of time today thinking through some potential outcomes that might have seemed inconceivable before this outbreak.

I’m not suggesting these are foregone conclusions. But they’re definitely possible.

1) Supply chains will break down

Nearly everything you buy at the store or online is the result of a ridiculously complex, global system of commerce, finance, and logistics.

This computer that I’m using right now was sourced from hundreds of different materials—plastics, metals, etc. that were mined and produced from dozens of places. The component parts were manufactured by different suppliers, assembled in China, and transported on boats and trucks to wholesalers, retailers, etc.

The whole process involves countless people, dozens of companies, and thousands upon thousands of miles.

This system works great under normal conditions. But it’s not resilient. It’s unable to cope with severe global shocks like we’re seeing now.

I think we could see (and are already seeing) factory workers stop coming to work. Mail delivery could be curtailed. Or just imagine there’s an outbreak at an Amazon Fulfilment Center, and the company goes down to minimal staffing.

All of this will have an impact in the smooth production and delivery of goods around the world.

I don’t think we’ll have any sort of Mad Max shortages. But the virus effect could likely create scarcity, especially for anything that’s manufactured outside of your home country.

And demand for several items is going to skyrocket. You might have heard about the toilet paper heists across Asia, or fistfights breaking out in Australia over antibacterial cleansers.

Here’s a photo that a friend sent to me a few hours ago of the hand sanitizer section at Walgreens– almost empty. 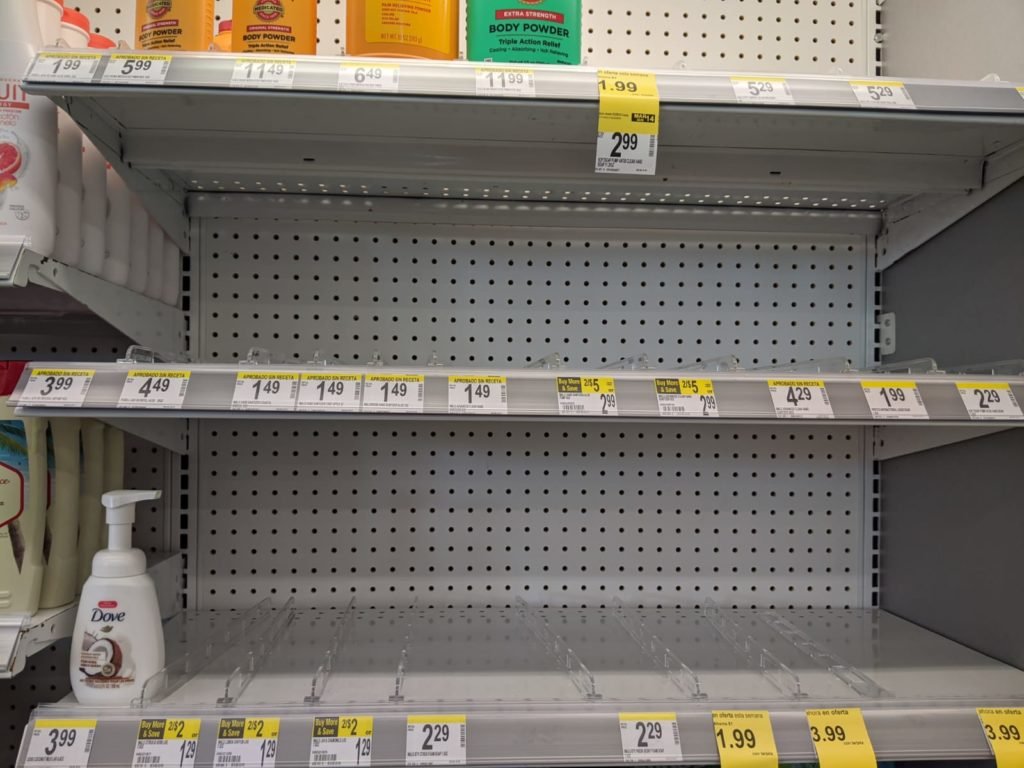 This isn’t going to stand for very long before the companies themselves start to limit purchases, or governments impose full-blown rationing. And that leads to…

3) Some people will become totally unglued. Others will be saints.

Let’s be honest— there’s already so much anger in the world. Strikes, riots, protests, Twitter rants… even armed thugs in the streets (Antifa) physically assaulting people with ideological differences.

Introduce a little bit of scarcity into all that anger and a few people will become totally unhinged.

Just think about how violent some shoppers can be on Black Friday, punching each other’s lights out in Wal Mart for the last big screen TV on special.

At the same time, this pandemic also has the potential to bring out the best in people. And countless others will be at their very best: respectful, generous, and responsible.

This one is extremely realistic right now given that we already saw martial law in China, and it’s happening in Europe now too.

It could easily happen in the US, with state governments deploying the national guard to enforce curfews, or even the federal government deploying the military to keep the peace. It already happened in New York state, and we could see a lot more of it soon.

5) The Federal Reserve intervenes directly in the stock market, cuts rates below zero

It’s not remotely unprecedented for a central bank to buy stocks. Central banks in places like Japan and Switzerland took their total equity holdings to more than a trillion dollars last year.

And it’s totally reasonable that the Fed begins printing money again and buying stocks directly to prop up financial markets.

I do think that negative interest rates are nearly a foregone conclusion. The Fed’s headline interest rate is already as low as 1.5%, and the real economic impact of the Corona Virus hasn’t even been felt yet.

Just imagine how low they’ll go once people start losing their jobs. They won’t be bound by zero for long.

6) Some incredible discoveries and developments will come out of this

I’ve written this several times before—the world is not coming to an end. But I think it’s reasonable to assume that all of our lives are going to be a lot quieter and simpler for the next few months. No big outings, no big trips, and a lot of time at home with the family.

And that’s going to be whatever we make of it.

Back in the mid-1600s after an outbreak of the Bubonic Plague (more than 300 years after it originally surfaced in Europe), the University of Cambridge made the decision to close its doors for TWO YEARS in an effort to reduce the spread of the plague.

Isaac Newton had just completed his degree at the time. But his budding academic career had to be put on hold because of the university’s closure.

So he threw himself into independent study, retiring to a small farmhouse where he spent the next two years developing calculus, optics, and gravitational theory.

In other words, some of Isaac Newton’s most profound and lasting work came from his own quiet period.