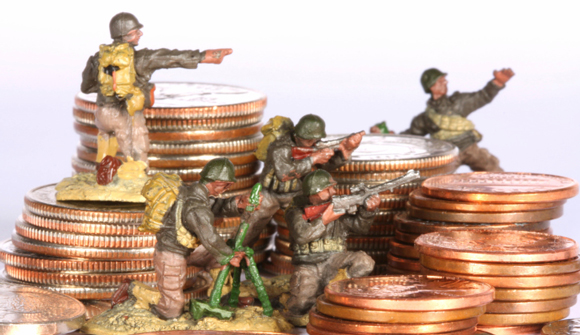 China seeks world role for 'people's money' … With deals from London to Singapore, China is seeking a greater role for its yuan currency in global markets to challenge the hegemony of the almighty dollar. The most attention-grabbing reform planned for Shanghai's new free trade zone is free convertibility of the yuan – also known as the renminbi, or "people's money" – an unprecedented change which would allow greater use of the currency. – AFP

Dominant Social Theme: This is an amazing evolution. Who would have imagined?!

John Maynard Keynes, the most influential economist of post-World War II decades, suggested that something called the bancor be formed, perhaps based on a basket of currencies. This is just what is happening.

The BRICs, so named by a Goldman Sachs banker, are partially behind the destabilization of the dollar. The BRIC phenomenon took off almost as soon as the acronym was presented about a decade ago. In fact, the US was a major contributor to China's rise, just as it had been to Japan's in the 1980s.

The dollar destabilized at the same time. First President George Bush overspent on domestic programs such as "No Child Left Behind." Then his administration became involved in serial wars that effectively debased the dollar in ways that may be irreparable.

The difficulties with the dollar combined with the rise of the BRICs has effectively destabilized what was a unipolar world dominated by the US and by the petrodollar. Today the BRICs lead the charge against the US super-money and China is perhaps the leader of a repositioned, multi-polar world. Here's more:

But no timetable has been specified, and a true contest between Mao Zedong, Communist China's founding father whose face is emblazoned on most yuan notes, and Benjamin Franklin on the $100 bill will be years in the making.

For decades the US has benefited to the tune of trillions of dollars-worth of free credit from the greenback's role as the default global reserve unit. But as the global economy trembled before the prospect of a US default last month, only averted when Washington reached a deal to raise its debt ceiling, China's official Xinhua news agency called for a "de-Americanised" world.

It also urged the creation of a "new international reserve currency… to replace the dominant US dollar". For China — which has the world's biggest foreign exchange reserves — the immediate appeal of a greater role for the yuan is lubricating trade flows and drawing foreign investment.

"Policymakers have made new efforts to increase the attraction of the renminbi in global markets," said Capital Economics analyst Wang Qinwei. He pointed to a deal with Britain in October allowing London-based institutions to invest directly in China – avoiding an expensive detour via Hong Kong – with an initial quota of 80 billion yuan ($12.9 billion).

… The Chinese central bank has been "purchasing foreign exchange at a frantic rate in recent weeks… underlining again how reluctant policymakers are to leave the renminbi in the hands of market forces," said Wang of Capital Economics. "Among many other implications, this suggests that capital account liberalisation is a long way off."

But investors' lust for yuan shows no sign of weakening. It became the world's eighth most-traded currency this year, overtaking the Russian ruble and South Korean won, according to the interbank network Swift.

"Investors' lust for yuan shows no sign of weakening" … this is surely the operative phrase. The question is really who's behind the "yuan lust." Are we really to believe that the average investor woke up one morning with a desire to invest in Chinese currency?

China and the United Kingdom on Tuesday agreed to continue to build London into a major offshore market for yuan trading, underlining the strong financial ties between the two countries. Both sides welcomed strong growth of London's RMB markets, making the capital city the most active RMB center in the world outside China, according to a joint statement after the fifth China-UK Economic and Financial Dialogue held in Beijing.

"China recognized London's major role in increasing the international use of the RMB, and both sides agreed to continued collaboration to support London's offshore market," the statement said. To boost London's market status, China will give investors based in the city the right to buy 80 billion yuan worth of stocks, bonds and money market instruments issued by financial institutions in the Chinese mainland.

China allows foreign institutional buyers to trade yuan-denominated financial products through a regime called RQFII, or Renminbi Qualified Foreign Institutional Investor. As a means to encourage foreign investors to hold the yuan, the RQFII now has a global quota of 350 billion yuan. The extension of RQFII will deepen China's financial markets and strengthen RMB activity in the offshore market, the statement said.

You see? The City of London is behind this wheeling/dealing. Lift the curtain, thanks to Internet information, to perceive an elaborate stage show. It is WESTERN influences, particularly City influences, that are sending the dollar into a decline.

The current dollar dilemma began with the determined mishandling of the Bush administration, was abetted by the rise of the BRICs and furthered by Chinese and Russian actions to undermine a faltering reserve currency. As we've pointed out previously, there are other developing trends as well, including the advent of fracking undermining the Saudi-US petrodollar arrangement.

The more oil and gas there is in the world outside of the Middle East, the less effective becomes the Saud families' insistence that the world hold dollars for oil. As fracking technology has been available for decades, its recent advent could be seen as adding to the pressure of US issued currency.

Finally, there is US backing for the United Arab Emirates and other "test tube" countries, mostly Islamic. It is undeniable, as we have reported in a series of articles: Anglosphere finance generally is helping develop alternative, Western-style systems using Islamic economic traditions.

Scratch the surface, and almost every country actively advocating alternative currencies has had a subservient relationship with the Anglosphere in the past. Edward Griffin has proven, historically, that Western financial interests funded Red Russia and provided resources that tipped Russia into communism. The British dominated India and China and even today one would be hard-pressed to describe Brazil as an independent entity divorced from the Western financial system.

The BRICs system of finance is entirely Western, starting with its central banking and continuing via its banking interests that are inevitably part of the larger fabric of Anglosphere finance. If those in charge of Western finance really did not want the BRICs – including China – to create an alternative to the dollar, it likely wouldn't happen.

But it is happening. The dollar has been destabilized and the BRICs and China offer alternative currencies that are supposedly seen as "stronger." Jim Rogers, for instance – a respected voice in commodities and a commentator we've often interviewed – believes the yuan could appreciate 500 percent against the dollar in the next few years.

We're supposed to ignore China's own instability, the increasing resentment of its population, the vast excesses of its inflationary banking scheme that has dotted the country with whole vacant cities, and the larger dilemma China faces of how to create a consumer society when the rest of the world has reduced its purchases of Asian goods.

The above has been presented – and we have presented it, as well – as a summary of trends that define what we call directed history. It is important to internalize aspects of directed history, especially when it comes to finance and investing. Nothing is more controlled by major players – especially those globalist banking interests we often refer to as the power elite.

Of course, having understood this, one does not need to "opt out" of the system. Instead, one can become a more intelligent investor – a kind of professional insider even without Wall Street contacts.

Understand directed history from a military, political and economic perspective and you will be in a far better position professionally, personally and monetarily. There are relatively few "accidents" in the 21st century when it comes to major trends. These are developed using the enormous bankroll of those who control the central banks and the trillions that they create.

Whether it is war, a currency redirection or an upcoming stock market boom, powerful forces are in play that are premeditated and purposeful. One of our missions is to explain this process and elaborate upon it regularly. We will continue to do so.