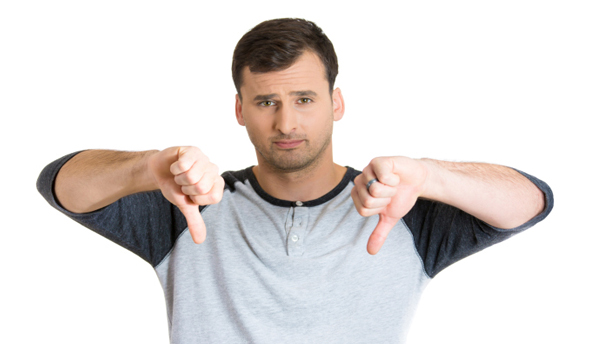 The Privatization Backlash … For decades, city and state governments have seen contracting as a cost-saving panacea. But past experience has left some of today's policymakers more skeptical … – The Atlantic

Of course, privatization as defined by The Atlantic and others is simply hiring a private firm to enforce a public monopoly.

Interestingly, the marijuana industry, in which High Alert is participating, retains a considerable competitive element. Most governments do not intend to be directly responsible for cannabis cultivation.

More on this toward the end of the article.

Bureaucrats will claim they are responsive to voters, but this is a very general concern. In fact, there is usually a small, core group of insiders that cares about the product or service. And this group is NOT interested in efficiency but in generating maximum profits from the products or services being provided.

For some reason, The Atlantic doesn't see it this way. The privatization narrative provided by The Atlantic is to us an unrecognizable one.

But perhaps we are simply not clever enough to understand? Here's more:

A few years ago, Chicago residents accustomed to parking on the street got a rude shock. Parking-meter rates had suddenly gone up as much as fourfold. Some meters jammed and overflowed when they couldn't hold enough change for the new prices. In other areas, new electronic meters had been installed, but many of them didn't give receipts or failed to work entirely.

And free parking on Sundays was a thing of the past. The new meter regime sparked mass outrage. People held protests and threatened to boycott. But there was little recourse: The city had leased its 36,000 meters to a private Morgan Stanley-led consortium in exchange for $1.2 billion in up-front revenue. The length of the lease: 75 years.

If the meter situation seemed like a bad deal for Chicago's parkers, it would soon become clear that it was an even worse one for the city's taxpayers. An inspector general's report found that the deal was worth at least $974 million more than the city had gotten for it.

Not only would the city never have a chance to recoup that money or reap new meter revenue for three-quarters of a century, clauses buried in the contract required it to reimburse the company for lost meter revenue. The city was billed for allowing construction of new parking garages, for handing out disabled parking placards, for closing the streets for festivals.

The current bill stands at $61 million, though Mayor Rahm Emanuel has refused to pay and taken the case to arbitration instead. How did this happen? The meter deal passed the city council just four days after then-Mayor Richard Daley—desperate to fill a recession-caused budget hole—presented it. There were no public hearings, and the aldermen never saw the bid documents.

Afterward, some aldermen who voted for it said they wished they'd known more of the details, but it was too late. "We're stuck with it for the next 71 years," Alderman Roderick Sawyer told me recently. Sawyer, a South Side Democrat who was not in office when the meter deal passed, is trying to ensure similar proposals will get more scrutiny in the future.

He has introduced an ordinance that would require more transparency, including public hearings and a comprehensive economic analysis, for any proposed city partnership with a private entity. An estimated $1 trillion of America's $6 trillion in annual federal, state, and local government spending goes to private companies.

"This is just about the process," Sawyer said. "We're not saying all privatization deals are bad. But if we're going to do this, let's be honest with the public and let them know what's going to occur: It's going to save this much money, it's going to cost this many jobs."

… In the five years since the parking fiasco, Chicago policymakers have become more skeptical: A proposal to privatize Midway Airport—which would have made it the first privately run major airport in the country—went down after it was subjected to aggressive scrutiny. "They analyzed the deal themselves," Sawyer said. "And they determined that it was not worth doing."

So what have we learned from all this? Apparently, Chicago policymakers have become more "skeptical" about privatization.

Presumably this is because "policymakers" care about the city and its inhabitants. But in reality, Chicago is surely one of the most corrupt cities in the United States.

Back in 2012, Chicago CBS posted an article on Chicago's long-time corruption. Here's the beginning:

Chicago Called Most Corrupt City In Nation … A former Chicago alderman turned political science professor/corruption fighter has found that Chicago is the most corrupt city in the country. He cites data from the U.S. Department of Justice to prove his case.

And, he says, Illinois is third-most corrupt state in the country. University of Illinois at Chicago professor Dick Simpson, who served as alderman of the 44th Ward in Lakeview from 1971 to 1979, estimates the cost of corruption at $500 million.

It's essentially a corruption tax on citizens who bear the cost of bad behavior – police brutality, bogus contracts, bribes, theft and ghost payrolling to name a few – and the costs needed to prosecute it.

"We first of all, we have a long history," Simpson said. "The first corruption trial was in 1869 when alderman and county commissioners were convicted of rigging a contract to literally whitewash City Hall." In the Northern District of Illinois, which includes Chicago, there have been a total of 1,531 public corruption convictions since 1976, Simpson found.

A distant second is California's central district in Los Angeles with 1,275 public corruption convictions since 1976, Simpson found. Statewide, that number hits 1,828. Only California and New York have more, but those states have much higher populations.

Simpson blames the corruption on "machine politics," but there is likely a simpler answer: Chicago's government is simply too large and powerful.

From what we can tell, municipal corruption exploded at the end of the Civil War. Citizens no longer had the right – or the possibility – of state secession and thus politicians themselves were apt to be a good deal less restrained about their rent grabbing.

And because there was so much more loot to be had, pols began to build "machines" to guarantee their ongoing access to plunder. The combination of municipal haplessness and political greed has proven to be a relentless remover of prosperity and competence.

Privatization or the lack of it really has very little impact on the evolution of government corruption. In fact, the way to reduce corruption is not to privatize monopoly services but to strip away government power entirely in areas having to do with public schooling, policing, infrastructure, etc.

Simply give back these facilities to the private sector and competition – and efficiency – will expand as it always does when the Invisible Hand is allowed to work.

The Atlantic doesn't deal with this point at all. The dialectic it offers is one that retains the monopoly service and merely substitutes one kind of management for another.

Real competition is not to be found in privatization of a government monopoly but in fragmenting the monopoly to infuse competition.

One of the reasons that the burgeoning marijuana industry is promising is because the model in Canada and elsewhere is one of regulation not direct, bureaucratic monopoly control.

Regulation is often destructive, as High Alert has pointed out many times. But it is certainly preferable to monopoly services.

Uruguay bureaucrats intend to have the state purchase or grow marijuana, and this is surely a problematic approach that may give rise to more corruption than it removes.

The Atlantic – never a friend of capitalism – is in a hurry to declare government "privatization" dead. But in doing so it misrepresents what privatization is and also avoids the real reason for corruption, which has to do with the size and power of government.

One of the reasons that High Alert is pursuing the marijuana opportunity is because the industry to date has avoided for the most part becoming a "ward of the state."

When it comes to marijuana, regulation is inevitable, but state control of the industry is not.