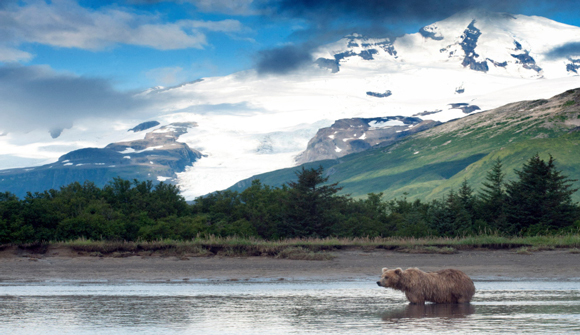 Time to Privatize Immigration … The West, it’s obvious, faces a migration crisis. Across the aging, stagnating economies of the developed world, citizens are revolting against what many perceive as an uncontrolled influx of foreigners. The U.S. apart, most of these economies are also facing a prolonged crisis of growth. Under other circumstances, the solution would be obvious: restore vitality by taking in more creative and productive people from India, China and other parts of the developing world. But how to do so, given the fraught politics of immigration? -Bloomberg

So it is time to privatize immigration. Great, we turn to Bloomberg to find out how and learn companies ought to pick who comes to America: “Corporations are better suited to the task.

The only trouble with this is that American corporations are the result of judicial force. Too often they are unholy agglomerations of violence, sloth and ineptitude.

No organization ought to supervise hundreds of thousands of people let alone millions or billions. Nor would it absent a trilogy of judicial decisions that keep these swollen giants in place.

Corporate personhood, intellectual property rights including patents plus, finally, monopoly fiat-currency from central banks prop up these corporate titans. Add regulation into the mix as well.

Corporate America is exactly what Thomas Jefferson feared. He was well aware that vast “tea” companies of the day were large enough to control their own armies. They were large as governments but much worse because they were hardly accountable.

As a result, Jefferson and others gave control of corporations to states where they were rarely formed.

Unfortunately, one of the ramifications of the Civil War was to collapse the Republic. Gigantism and corruption of every kind ensued and continues to this day.

There’s clearly something unsustainable about the West’s current approach — the idea that countries won’t seek immigrants, but will by default take in whoever lands up on their shores or games the system to stay.

The task of screening possible future citizens can’t be left to local colleges. Nor should it be left to bureaucrats, for that would require them to differentiate between various seekers after citizenship, something that violates deeply-felt liberal principles.

Companies are better suited to the task. They’ll be quicker to identify the skills that will be useful and productive than governments ever could be. They can pick and choose possible immigrants in their home countries, which no government can do.

And the ability to succeed in a particular company’s corporate culture is a good proxy for how well immigrants will adapt to their new country. Perhaps the next thing that needs to be privatized is migration.

Give this Bloomberg article credit: It recognizes something is wrong with immigration,  which is currently controlled by the political class. But the solution is not to give corporations more power. When it comes to the free-market, corporations are as illegitimate as the political process.

In fact, the current immigration mess is almost entirely manufactured, from what we can tell. Presumably to destroy various tribal cultures prior to further globalization. But an additional globalist positive is that a new form of immigration control can be suggested.

In this case, not surprisingly, the suggestion is “privatization” via corporate management. This suggestion fits with a larger elite trend we have documented that is intended to considerably enhance corporate power around the world. That’s what TPP and the other corporate “free trade” deals are actually intended to do, reinforce corporate control.

This is all what we call “directed history.” Problems are manufactured; elite memes are floated and then eventually, somehow, “solutions” converge and are implemented.

But huge corporations are not be “better suited” to the task of managing immigration. There is only one truly clear and fair solution to immigration:

Allow the marketplace to function.

It is not a hard to do. Get rid of public property that partakes of the “tragedy of the commons.” Allow individuals to own property anywhere and everywhere. Thus, eventually, the entire land mass is “owned.”

Once ownership is ubiquitous, immigration will be controlled via this ownership. Private property makes everything simpler. Maybe that’s why so many politicians seem to abhor it.

Of course this is a ludicrously libertarian concept. But no … this the way that millions of Australia aborigines apparently managed the land for tens of thousands of years. Land was rigorously divided and owned.  Elaborate rituals enforced ownership.

Some of the same solutions developed in the “new world” as well, probably, perhaps because of aboriginal antecedents. It is increasingly suggested by some observers of AmerIndian culture, for instance, that decisions were taken (especially among the midwest plains-tribes) to forego the storage of food in favor of day-to-day food gathering. In such cases sociopolitical structures were regularly shattered and forms of freedom preserved.

Today’s sociopolitical and economic organization is a farcical tragedy in almost every way. People are so confused about their lives and times that they think it is right for a handful of “others” to control the volume and value of money (central banks). They think tribal solutions to justice and property are simplistic and naive even though they worked well for millennia.

Somehow, the notion has taken hold that something called “government” ought to control land (and the justice system) and that a group of strangers should have the right to welcome others onto property they do not own. This is supposedly correct because the land be owned by the “public” – which is the negation of ownership.

Someday, freedom-oriented solutions will again be seen as the solution to social, political and economic problems. Instead of putting vast regulatory apparatuses into place, people will themselves seek to control their lives and destinies – either individually or via modest-sized tribal entities (or perhaps via part-time representative colloquies). If they have problems, they will adjudicate them privately or hire a third-parties to do so. They will create and utilize their own money, with or without interest as they choose.

In some Pacific islands, for instance, “money” consisted of gigantic stones and people calculated their ownership of the stone and kept track. Even if the stones were transported and sank into the sea, people continued their calculations, which were more important than the physical presence of a rock.

Libertarianism (as well as forms of tribal republicanism) of a sort functioned well for millions around the world for thousands of years. Yet today it is seen as simplistic and the desired and necessary solution is that a handful of connected individuals (masquerading as strangers to one another) take charge of every decision, large and small, that used to be reserved to the individual or tribal group.

Anarchy, which is merely the absence of this prevailing, sociopathic control, is seen as something to be feared.  And to suggest freedom and ownership as a tool to break down the prevailing and increasingly genocidal orthodoxy will usually provide baffling moments of vague embarrassment.

Conclusion: There are proven solutions to almost problem ailing modern societies. What we have today is so evil on so many fronts that it is hard to believe it is anything but purposefully malevolent.