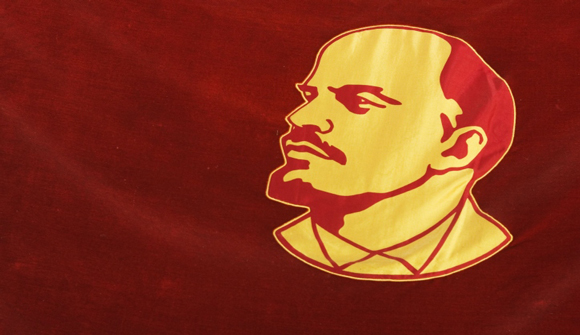 Don’t you know that to be a liberated woman, you need to have the sex life of a chimpanzee?

That’s the latest propaganda to come out of the New York Times.

The Soviet Union may have had its pitfalls–you know, like the murder and starvation of tens of millions of people. But women had great sex lives!

In contrast, postwar West German women had stayed home and enjoyed all the labor-saving devices produced by the roaring capitalist economy. But they had less sex, and less satisfying sex, than women who had to line up for toilet paper.

Tied up in this quest for women’s liberation is the lie that promiscuity equals empowerment. They basically use the sexual crusader male stereotype as a target for equality. Female orgasms are the bedrock of social justice, apparently, and a solid foundation on which other rights can be built.

Some might remember that Eastern bloc women enjoyed many rights and privileges unknown in liberal democracies at the time, including major state investments in their education and training, their full incorporation into the labor force, generous maternity leave allowances and guaranteed free child care.

They were indoctrinated and forced to work. If they produced another little communist, they were given some time off. Sounds like a dream.

The Soviet Union was very good at convincing youth to join their movement. Tell the kids with raging hormones that they are right to follow their base instincts, and you have a supporter. Make it easy for them to shirk responsibility for their decisions by legalizing abortion.

State-run women’s committees sought to re-educate boys to accept girls as full comrades, and they attempted to convince their compatriots that male chauvinism was a remnant of the pre-socialist past.

That is what the author of that article, the New York Times, and the “progressive” left truly admire. The fact that a society was able to forcibly re-educate the barbaric male oppressors.

To the left, equality means dragging everyone down to the same level. They laud the fact that women were forced to labor for the Soviet regime, saying “Communists invested major resources in the education and training of women and in guaranteeing their employment.”

They gloss over the poverty, brutal conditions, and authoritarian state power. Instead, they tout the state as a replacement for husbands and families.

Communist women enjoyed a degree of self-sufficiency that few Western women could have imagined. Eastern bloc women did not need to marry, or have sex, for money. The socialist state met their basic needs…

The missing truth is that sex was all the pleasure anyone in the Soviet Union could extract from life. It was the one thing the government hadn’t taken from them.

Perhaps those living in freer countries did not have to rely on one fleeting animalistic pleasure in order to feel fulfilled. They had the freedom to seek pleasure elsewhere. They could pursue true happiness.

Perhaps when people care about their lives, their future, their children, they don’t need to base their lives around sexual pleasure. Don’t get me wrong, there is nothing wrong with sex, but there is something wrong with making it the central theme of your life. Clearly, it was an escape for women who had nothing else going for them in the Soviet Union.

It is common for people to hold onto whatever pleasure they can squeeze from a horrible situation. It is a psychological defense mechanism to say, “This is what I want! I may not have the freedom to speak my mind or choose my job, but at least I have great orgasms!”

The author concludes that heavy handed government intervention was worth it in order to liberate women.

Those comrades’ insistence on government intervention may seem heavy-handed to our postmodern sensibilities, but sometimes necessary social change — which soon comes to be seen as the natural order of things — needs an emancipation proclamation from above.

We just have to put up with a touch of genocide and a dose of forced labor, and we will be free at last!