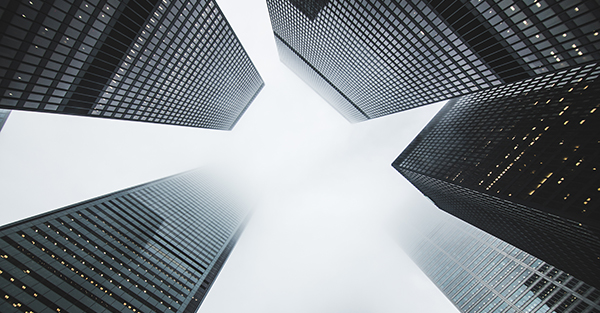 STAFF NEWS & ANALYSIS
Protect Yourself Against Those Running the World’s Economy for Your ‘Benefit’
By Daily Bell Staff - April 06, 2016

The IMF is back at work spreading fear. That’s not what we are supposed to think of course. We’re supposed to believe that the IMF has our best interests at heart and that its ranks are filled with caring, decent people.

But in this article we want to review important financial facilities along with the banking elite itself to reemphasize that they are not what they seem.

We’ll remind you of why they are not to be trusted and how the current economic system worldwide has been rigged to collapse, and to take you  down with it.

The IMF, the World Bank, the Bank for International Settlements, the larger central banks and top banking elites are all complicit.

In the world of high finance, nothing is as it seems. Each element in engaged in subtle interplay with the others. The goal is always destabilization along with the ruin of the middle classes and the enrichment of just a few, worldwide.

This has been going on since the Great Depression and then again since the end of World War II.

The IMF is part of a financial tag-team that smashes whole countries on the shoals of sovereign debt. First the World Bank lends to irresponsible government leaders and then the IMF offers additional funds.

But those funds come at a price. The IMF insists on imposing high taxes on already impoverished people. And it often forces countries to sell off valuable national enterprises to Western multinationals.

The IMF and the World Bank deal with political leaders and business tycoons. Central banks have a different role to play and the largest ones are directly involved in fine-tuning the world’s monetary system.

Secret deals are a constant occurrence when it comes to the world’s central-banks. That’s because central banking is a legalized monopoly and central bankers are supposed to conspire together. The Bank for International Settlements acts like a Mafioso Kingpin, supervising the secret arrangements.

The most recent secret deal was negotiated in February at the G20 meeting. Here, top central bank officials agreed to boost the Chinese economy via interest rate manipulation.

It was hoped this would help the doomed Chinese economy while not further damaging Western economies. In fact, the damage from decades of massive credit flows has so injured the world’s economy that no matter what central bankers do, it’s not going to be any good.

Ideally, they would step out of the way. But they won’t. They’ll just make things worse.

Their remedies are laughably simplistic anyway. They either print money or they don’t.

If they print money by creating more credit, then they will contribute to asset bubbles. If they tighten, they will puncture those bubbles prematurely and add trillions in further debt to a world already catastrophically overleveraged.

One country that is overleveraged to the point of bankruptcy is Greece. Just recently a transcript leaked showing top IMF officials mulling over some sort of “economic event” that would destabilize Greece and force Germany back to the negotiating table.

What arrogance! Powerful individuals in high places ought not to be conspiring to make others miserable  – even for the cause of economic stability.

But the Greek controversy was nearly extinguished by the most recent leak, a gargantuan one of more than ten million emails hacked from a Panamanian law firm.

The leak has come in for an enormous amount of scrutiny because it exposed a number of very important politicians and business people to various kinds of legal jeopardy including tax evasion charges.

As it has turned out, many of the individuals exposed seem in some sense opposed to the current Western-supervised financial system or its leading interests. In other words, the leak was a titanic false flag aimed at attacking enemies of transnational leadership facilities.

These two recent leaks show us once again how closely the world is controlled at the top. IMF officials can plot the further ruination of a whole country. And elite banking interests apparently can cause a financial law firm  to be hacked with such exquisite accuracy that their most serious foes are targeted.

Just as world leaders cannot be trusted, neither can markets themselves.

As we can see from the IMF’s warning at the beginning of this article, Asian markets are fragile and on a downward course.

And recently, Business Insider posted an article explaining that, “One of the best signals in the stock market is saying it may be time to sell.”

This is the trailing 12-month price-to-earnings multiple.  Once stocks in aggregate looked cheap. Now, we learn, “based on the same indicator, it looks as if the market is nearing the top.”

The article concludes, “stay tuned.” But we don’t need to. We already know how this story ends. Badly for you, better for a handful of others.

Conclusion: As always, we remind you to take individual “human action.” Create a situation of self sufficiency for yourself and your loved ones as best you can. There are plenty of tools and programs offered by the alternative media that can assist you. If you cannot afford them, improvise.