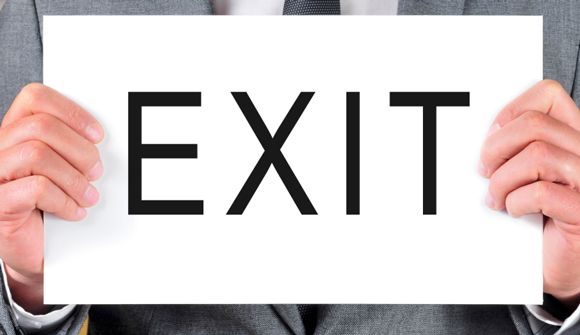 Several Swiss banks pull out of US tax programme … At least 10 Swiss banks have withdrawn from a U.S. programme aimed at settling a tax dispute between them and the United States, Swiss newspaper NZZ am Sonntag said on Sunday, quoting unnamed sources. Around 100 Swiss banks came forward at the end of last year to work with U.S. authorities in a programme brokered by the Swiss government to help the banks make amends for aiding tax evasion. "At least 10 banks that had decided at the end of 2013 to pay a fine have withdrawn their decision," NZZ am Sonntag said, quoting unnamed lawyers and auditors. It did not name the banks concerned. – Reuters

Dominant Social Theme: Even though the US is seeking to spread its authority around the world, its functionaries are prepared to be reasonable.

Free-Market Analysis: This article can be seen two ways. One, the US tax regime that it is trying to install in Switzerland is being resisted, at least a little.

On two, the news can be seen as a message that once its tax regime is in place, US officials are prepared to be flexible, at least on the margins.

Got a gripe? Work within the system and you may find it's resolved "fairly."

The newspaper said the banks were convinced they had not systematically broken U.S. law and lawyers of the U.S. Department of Justice had actually been surprised to see them take part in the programme and did not object to the banks leaving the programme.

Liechtenstein-based VP Bank came forward last week to say it had concluded that it no longer needed to take part in the programme. About a dozen Swiss banks face a U.S. criminal investigation as part of the tax probe.

The impression is left, perhaps, that US tax officials are a reasonable bunch and that the program itself is not so authoritarian as it seems.

Yet there is other news regarding US regs abroad that seems a good deal more radical. One item is the raising of the price for those who wish to denationalize.

The laws regarding US denationalization have changed considerably in the past decade. And only recently, the process was a fairly easy and inexpensive one. But now the price is going up. Here, from The Wall Street Journal:

The fee for individuals to renounce U.S. citizenship is jumping to $2,350 as of Sept. 12—more than five times the current charge of $450.

The U.S. State Department, in its explanation for the increase, said that documenting a renunciation is "extremely costly" and requires a minimum of two intensive interviews with the applicant as well as other procedures.

The fees charged for a number of other services, such as "fiance(e) visas" and employment-based visa applications, increased far less than those for renunciation and in some cases declined.

The large increase in the renunciation fee comes at a time when record numbers of Americans living abroad are cutting ties with the U.S. Last year, 2,999 U.S. citizens and green-card holders renounced their allegiance to the U.S., a record number, and renunciations in 2014 are on track to exceed that. The State Department estimates that 7.6 million Americans live abroad.

In its explanation of the fee increase, the State Department referred to the growth in renunciations, noting that since 2010 the demand has "increased dramatically, consuming far more consular time and resources." It also referred to a 2010 statement saying that the $450 fee was substantially less than what it cost to provide the service, adding that "there is no public benefit or other reason for setting this fee below cost."

According to a State Department spokesman, the wait time for an expatriation interview has increased to as much as six months in some areas, while it is as short as two to four weeks in others. He added that three-quarters of all renunciations are processed by consular offices in Canada, the U.K. and Switzerland.

Advocates for U.S. expatriates reacted angrily to news of the increase. "I'm so disappointed and insulted by the continuing punitive actions of the U.S. in trying to prevent persons and companies from leaving," said Carol Tapanila, who was born in New York state but has lived in Canada for more than 40 years. She renounced her citizenship in 2012.

"The cost of U.S. tax lawyers, accountants and immigration lawyers made a good dent in our retirement savings. With these new fees, we would have had to take out a loan," she added.

The suspicion among a number of expatriates is that renunciations are growing at a rapid clip and US officials are doing what they can to slow the exodus – by complicating regulations and more importantly by raising the cost.

And then there is this from "rebel.org." We won't vouch for the report, but it seems unfortunately feasible within the larger context of what the US is doing.

Iranian sail boat defended itself against U.S. Coast Guard … The U.S. Coast Guard has a policy of burning private boats anywhere in the world and a small fishing sailboat from Iran did not go along with the policy …

Knowing this policy, an Iranian fishing boat that was operating off the coast of Iran refused to allow boarding by the U.S. coast guard. The Coast Guard fired on this boat, but according to the Washington Post, left it floating with all aboard.

The report goes on to mention a friendly dinner conversation with a US Coast Guard official who confirms the author's thesis.

I said, "What happens when you go on a boat, and there are no drugs, and there is no smuggling going on, nothing …"

He said, "We check their papers. If they are out to sea, and they do not have their papers in order, we take them off the boat, imprison them, and burn the boat. We cannot leave the boat just drifting out at sea. It's [become] a derelict, We HAVE TO burn it."

The author then reprints the Washington Post report from this past week on the Iranian confrontation:

If things weren't already tense enough in the Middle East, a U.S. Coast Guard patrol boat got into an altercation Tuesday with an Iranian sailboat in the Persian Gulf, the Pentagon announced. U.S. military officials said the trouble started when the U.S. Coast Guard Cutter Monomoy, which regularly patrols international waters in the Gulf, approached an Iranian dhow, a traditional sailing vessel used by fisherman and traders.

According to the U.S. account, the cutter dispatched a smaller boat with some folks on board, apparently to try to get closer to the dhow and possibly climb aboard. The dhow was less than friendly, however; its crew pointed a machine gun at the visiting party.

The Post report goes on to state that, "Coast Guard patrol boats have performed maritime security operations in the Gulf since 2003 and can board suspicious vessels. The 110-foot cutters complement larger U.S. Navy ships in the region."

The report ends by noting that, "The Coasties are there to enforce international maritime law, but sometimes they lend a hand. Indeed, the Monomoy generated a spate of headlines in January 2012 when it rescued six Iranian fishermen whose dhow had flooded."

Again, it seems strange that the US should be projecting power around the world via the Coast Guard – let alone trying to burn ships in the Gulf. We spent some time on search engines to see how much of this was being reported. Here's what we found on a Wikipedia Wiki concerning the Coast Guard "mission":

During wartime, by order of the President, the Coast Guard can fall under the operational orders of the Department of the Navy. In other times, Coast Guard Port Security Units are often sent overseas to guard the security of ports and other assets. The Coast Guard also jointly staffs the U.S. Navy's Naval Coastal Warfare Groups and Squadrons (the latter of which were known as Harbor Defense Commands until late-2004) which oversee defense efforts in foreign littoral combat and inshore areas.

In 2002, the Coast Guard provided several 110-foot (34 m) Patrol boats that were shipped to the Persian Gulf to conduct maritime interception operations in support of Operation Iraqi Freedom. These ships became the core of a new unit, home ported in Bahrain, known as Patrol Forces Southwest Asia (PATFORSWA). In addition to the patrol boats, PATFORSWA serves as the supporting unit for other Coast Guard units deployed in the Global War on Terrorism. Numerous Port Security Units, Harbor Defense Commands/NCW Squadrons and Law Enforcement Detachments (LEDETs) from the elite Tactical Law Enforcement Teams (TACLETs) have also been deployed in support of Operation Iraqi Freedom.

In 2006, the USCGC Midgett (WHEC 726) deployed to the Pacific and Indian Ocean as part of the USS Boxer (LHD 4) Expeditionary Strike Group, where it cross-trained with the Indian Coast Guard cutter Samar.

In July 2007, Coast Guardsmen, attached to the Maritime Safety and Security Team (MSST) out of Honolulu, Hawaii, and U.S. Navy Sailors, embarked aboard the dock-landing ship USS Harpers Ferry (LSD 49), took part of the Cooperation Afloat Readiness and Training (CARAT) 2007 task group to conduct visit, board, search and seizure (VBSS) training with the Republic of Singapore Navy (RSN) and the Singapore Police Coast Guard (PCG) July 20 at PCG headquarters on the former Brani Naval Base.

So apparently, the US Coast Guard is being deployed around the world. We didn't know. In fact, these kinds of policies seem to go fairly unreported.

But between the passport system (which only came fully into being after World War II), Coast Guard policies and the US projection of its taxing authority around the world, US officials – and the Anglosphere generally – seem determined to keep a much closer eye on citizens and their financial affairs.

Also, please note: While this sort of approach is to date a US-centric one, there are treaties now being considered that will create a US-style approach around the world.

The 21st century may soon become a good deal more restrictive than the 20th.