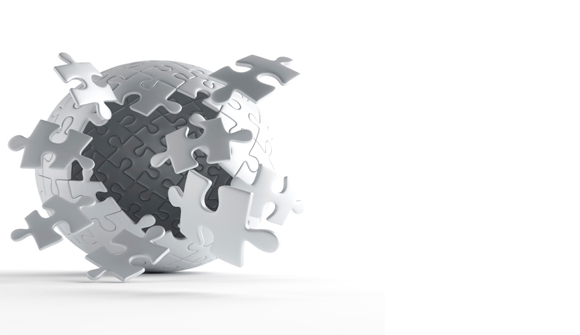 STAFF NEWS & ANALYSIS
Putting all the Pieces Together
By Simon Black - October 22, 2022

We start our podcast today more than 2,500 years ago at a time when the dominant superpower in the western world was the Achaemenid Empire of Persia.

Their civilization had reached an unfathomable level of wealth and sophistication; historical records show that, at peak, the Persian treasury had more than $300 BILLION in savings (in today’s money).

They had an intricate road network, a highly-functioning postal system, impressive engineering works, and had even invented a crude form of refrigeration and air conditioning.

Most of all they had a fearsome military. It was huge. And it was terrifying. Simply put, an invading Persian Army had never been defeated.

The losses changed the perception of their Empire forever. Practically overnight their reputation sank, and they were no longer viewed as a terrifying superpower able to dominate the world.

We’ve seen this story over and over again throughout history, from Ancient Rome to the Mongols to Imperial Portugal in the early 1800s.

Simply put, dominant superpowers almost invariably have an equally dominant, fearsome military that inspires awe and intimidation in the rest of the world… and especially in the superpower’s adversaries.

But superpowers have a life cycle. They rise, peak, and decline. And at some point during the decline, the military begins to show signs of weakness.

Often times there’s some specific event– something happens that’s so humiliating to the superpower that it shocks the world.

As a West Point graduate and US Army veteran, I still hold in my heart that the US military is the finest fighting force on the planet.

But facts are facts, and the US military is showing clear signs of decline. Most of it is due to incomprehensible failures of leadership.

Today we discuss that decline; I reference a brand new report by the Heritage Foundation, its 2023 Index of US Military Strength, which provides an extremely honest (and distressing) analysis of the US military’s capabilities, capacity, and readiness.

The report spells out in nearly 600 pages of painstaking detail how the US military is rapidly losing (or has already lost) its technological advantages. It shows how there are not enough forces to defend American interests against a major adversary like China. And most importantly, the report concludes that the military is simply not ready.

These conclusions have far-reaching implications.

History has shown over and over again that once a superpower’s veneer of invincibility is pierced, it rapidly loses its status. And that’s even more true when another competing power is on the rise.

Loss of status as the world’s sole superpower goes far beyond reputation and military conflict. The economic consequences are devastating.

That’s because dominant superpowers also tend to own the world’s primary reserve currency– in this case, the US dollar.

Being the world’s reserve currency means that commercial and financial transactions around the world are conducted primarily in US dollars.

So for example, a Brazilian merchant and its supplier in India do business with each other in US dollars. Futures contracts for gold, copper, crude oil, etc. that are traded in foreign commodities exchanges (like the Dubai Gold & Commodities Exchange) are denominated in US dollars.

The dollar is so dominant that when Airbus (a European aircraft manufacturer) sells its jets to European airlines, they typically close those deals using US dollars instead of euros. And giant European companies (like Nestle, BP, and Volkswagen Group) issue corporate bonds in US dollars.

All of these USD financial and business transactions around the world mean that foreign investors, corporations, governments, and banks HAVE to stockpile US dollars, simply because the dollar is the global reserve currency.

And foreign institutions tend to hold the majority of their dollar assets in US government bonds (which is the largest and most liquid USD asset class in the world).

In total, foreigners collectively own $7.5 trillion worth of US government bonds, equivalent to 25% of the national debt… because they HAVE to own the world’s reserve currency.

This allows the US government to get away with the financial equivalent of murder.

The US government can run outrageous budget deficits, fund endless wars, and pay people to NOT work… and foreigners will still hold US dollars and buy US government bonds.

But this unparalleled privilege would dry up very quickly if the US dollar loses its status as the world’s dominant reserve currency.

I wrote about this briefly earlier in the week. But in today’s podcast, we put all the pieces together.

Specifically, I show you how US military dominance is linked to US superpower status… and the US dollar’s position as the world’s reserve currency.

We look at the lessons from history to examine the trajectory of a superpower in decline. And we try to connect the dots to see where our currency trajectory will lead us.

This fate is not necessarily imminent; strong leadership and better performance from government could arrest the decline.

Unfortunately, the US government seems completely incapable of solving problems.

Their entire approach to problems, in fact, is very cyclical. It goes something like this:

We cover all of this, and more, in today’s episode, which you can download here, or access in iTunes and Spotify.