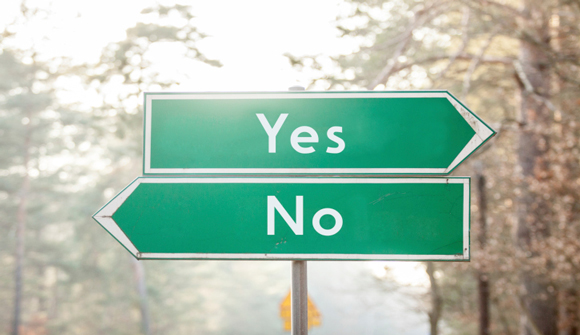 The Fed's $4 Trillion Bet … The U.S. Federal Reserve announced … that it will halt the bond-buying program known as quantitative easing — one of the biggest experiments in economic policy ever attempted. The policy was a gamble, and it's too soon to be sure of the results. Nonetheless, the Fed was right to take the risk. – Bloomberg

Dominant Social Theme: Another bold step by the Fed.

Free-Market Analysis: The Federal Reserve, as expected, is distancing itself from the program known as "quantitative easing."

This program involved purchasing various US securities with freshly printed money, presumably to add liquidity and confidence to the market. The program lasted several years but eventually poured money into the larger economy, causing many to worry about the results of monetary inflation.

As a result, Fed officials began to retreat from the program. The Fed bought fewer and fewer securities. And now, the announcement has come that the program is to be reduced to nothing – at least for now.

The Fed confirmed that it will cease the monthly bond purchases that it began in September 2012, the third round of its effort to invigorate a weak recovery. This doesn't mean the program is over. The Fed still holds more than $4 trillion in bonds, roughly a fifth of all U.S. Treasury and mortgage-backed securities outstanding. Until they're divested – a challenge in its own right – these vast holdings will continue to have an effect on markets.

Exactly how much QE has helped the economy remains a matter of debate. Former Fed Chairman Ben Bernanke said in 2012 that the Fed's first two rounds may have boosted output by 3 percent and added more than 2 million jobs. In a more recent paper, San Francisco Fed President John Williams said such estimates were uncertain; he also noted the risks to the financial system posed by so large an intervention. Some believe QE has gradually diminishing effects; others that it has no positive effect at all.

Regardless, the gamble was justified … QE bolstered confidence that the central bank was willing to do everything in its power to revive the economy.

If there's cause for regret, it isn't that the policy was undertaken, but that it ever had to be. In an ideal world, the crash would have been avoided in the first place; even in a less-than-ideal world, once it happened, expansionary fiscal policy should have shouldered more of the burden. After the initial fiscal stimulus, which was smaller than required, Congress moved too soon to fiscal stringency, and compounded that error by cutting the deficit in needlessly damaging ways. When it came to supporting demand, the Fed had to do it all — and, with interest rates already at zero, that meant QE.

This Bloomberg editorial is written by "the editors" and concludes that the Fed "did the right thing." But in actuality the Fed didn't do much of anything that it hasn't done before. After the financial crisis began in 2008-2009, then Fed chairman Ben Bernanke printed trillions to provide short-term loans to financial entities around the world. Many still haven't been paid back, reportedly.

That's big-league money printing and the Fed's actions regarding QE have been a good deal more modest. Additionally, as much of the money is apparently trapped in bank coffers and Wall Street accounts, the hyperinflationary effect never occurred. That's not to say it might not happen anyway. But not in the short term.

As has been noted here and elsewhere, the Fed will continue on its inflationary way. It will print millions, billions and even trillions as it chooses. The kind of decisions that are being made in these FOMC meetings and the reasons for making them have more to do with reinforcing the meme of monetary leadership, in our view, than anything else.

All eyes on the Fed! The more people are accustomed to watching the Fed for good or ill, the more people become resigned to this sort of dirigiste monetary system. There is surely no great good will in the US for the Fed, nor elsewhere in the world, but the antidote is to create the impression that nonetheless, the Fed is indispensible.

The message is clear: Nothing can be done without the Fed. Of course, not much is done WITH the Fed, either. Here's the beginning of a column by resident Bloomberg bond-guru Mohamed A. El-Erian

Fed's Lack of Conviction Is Warranted … The Federal Reserve delivered … what I and many others expected, in both actions and words. Rather than sending a well-telegraphed signal for going forward, it is keeping its options open in an unusually fluid economic, political and global environment.

As anticipated, the Fed completed its exit from the large-scale purchases of securities (or QE3). In ending this extraordinary phase, the Fed understandably sidestepped any comprehensive assessment of, to use former Chairman Ben Bernanke's famous phrase, the "benefits, costs and risks" of its highly experimental policy tool. Instead, it just noted the "substantial improvement in the outlook for the labor market" since the inception of the policy.

Also, as expected, the Fed reaffirmed its position on maintaining low interest rates for a "considerable time." In doing so, it delivered a rather open-ended assessment of recent economic developments and, therefore, of its possible policy course down the road.

We can see here that El-Erian is clear that despite the Fed's dramatic announcement, nothing much has changed regarding Fed policy. And despite the somewhat unenthusiastic tone of the article, he seems to approve, concluding:

The Fed ended up taking the approach … to muddle through a complicated situation, including minimizing the risks of a short-term policy mistake and of a market accident. The longer-term issues, including the consequential ones, were left for another time.

In fact, with this Fed at THIS juncture it seems they are leaving the "longer-term issues" for another day.

But in our view, that has a lot to do with the determination of Fed officials to give the impression they are serious about disciplining easy money programs while not doing much to restrain additional currency printing.

The operative meme remains the Wall Street Party, so long as it lasts. The rest of this is something of a sideshow. Thousands of articles by now have been written about the supposed ending of QE, garnering the Fed a modest hawk-like reputation that is undeserved.

But, no … For a variety of reasons Fed officials and others want the stock market boom to continue, and damn the rest of the economy. The appearance of progress is to be maintained at all costs, despite a far more desultory reality.

El-Arian knows it, too. Politely, he suggests that the Fed will be a good bit more decisive in the future. Really? When exactly will that day come?