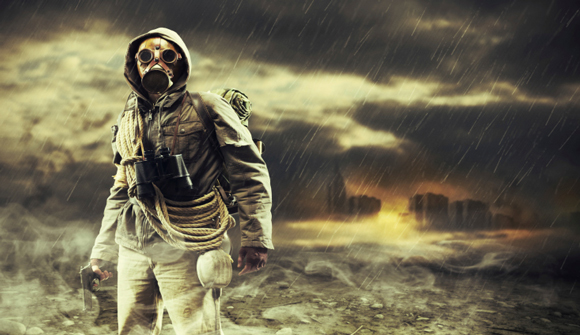 Janet Yellen’s terrible week signals more about the state of US politics than the US economy … Was Janet Yellen mansplained to by members of Congress who grilled the Federal Reserve chair this week in her semi-annual testimony to the House Financial Services Committee? -Quartz

In this short article, Quartz bemoans how “tough” the treatment was for both Janet Yellen and Hillary this past week.

Yellen appeared before Congress during her semi-annual testimony before the House Financial Services Committee. She came in for harsh questioning regarding Fed political bias and also her inability to reduce risks associated with too-big-too-fail banks.

As for Ms. Clinton, she was attacked by Trump during the first debate via “90 minutes of veiled microaggressions.”

… The interruptions, the remarks about her “temperament,” the questioning of her “stamina,” the criticism of her preparedness—another intelligent woman of great achievement was reprimanded by men of lesser knowledge ….

The article called the approaches of Congress and Trump “coarse” and “sophomoric.”

The only hope is that  the “next generation” of American voters will treat officials with the “civility they deserve” regardless of gender and party affiliations.

From our view, the Quartz article is misidentifying victims. The real victims are millions of people at home and abroad.

US citizens are out of work and surviving on food stamps and worse. The economy offers little hope and the “solutions” voiced by Yellen and Clinton and others only promise more of the same: increased economic dysfunction and expanding poverty.

Meanwhile, the US is continually injuring and slaughtering people abroad, including whole families celebrating weddings and women and children lying injured in hospitals that are destroyed around them.

Both Yellen and Clinton have been directly enmeshed in support of a federal government that has been pursuing economic destruction at home and serial warfare abroad. There is plenty of evidence on the ‘Net that the US and its allies helped found ISIS and even Al Qaeda.

The US’s recent wars have destroyed whole countries. In Iraq, depleted uranium caused doctors to warn women not to get pregnant.

Given the ruination of cultures and countries around the world,  it seems somewhat ironic that Quartz writers are concerned about “roughness” aimed at Yellen and Clinton via the political process.

Once we were informed that female participation in public life would change things for the better. But Yellen has been an active promoter of the Fed behemoth that has virtually bankrupted the entire US, and probably the world as well. Meanwhile, Clinton is far more warlike than her opponent, Donald Trump. She seems intent on going to war with Iran for instance, if she is elected. And she seems to be welcoming war with Russia, also.

Conclusion: When one examines the power these two women have exercised already, it becomes clear that their actions have been destructive. Quartz should be more concerned with this destructiveness than “coarseness” aimed in their direction.