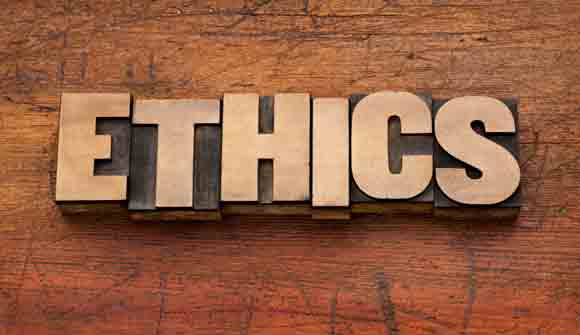 Bitcoins: A Fully-Compliant Currency The Government Can Love … All of bitcoin's benefits to the establishment revolve around its blockchain. In simple terms, a blockchain is a registry of all transactions carried out in bitcoins. Thus is resolved the problem of double-spending one particular bitcoin: It can't be done (at least in theory) due to the blockchain. But the blockchain is in fact a register – a trail – of bitcoins. So it's a relative cinch to piece together each and every transaction of any particular wallet in the bitcoin universe. And since exchanges need detailed personal information about a bitcoin user in order to comply with money-laundering laws before issuing a new user with a wallet, the government or other interested parties could determine what any one particular person has been doing in the bitcoin marketplace. – Blacklisted News/Gonzalo Lira

Dominant Social Theme: Are you ethical? Okay, then go live in a "green" hut and give government every cent you've got so the bureaucrats can reintroduce feudalism.

Free-Market Analysis: Let's start with bitcoin. Then comes a bigger announcement … We've been skeptical of bitcoin for years. The smug techno-geekness of bitcoin's backers irritated us, especially when we realized what they were supporting – a system that keeps track digitally of every single transaction ever made on the Internet.

You can see above that Gonzalo Lira has figured it out, as well. Those who blithely defend bitcoin without fully evaluating both the pros and cons of its technological stance are doing the freedom movement a, well … disservice, in our humble opinion, and apparently Lira's, too.

That makes at least two of us against the rest of the libertarian world that is still a good deal enamored of this monetary marvel. Of course, it doesn't hurt that bitcoin has recently hovered around US$1,000 a coin, a price that has sent people scurrying to garbage heaps to try to dig up old bitcoins now worth millions in aggregate.

One of these stories received wide attention recently. A fellow supposedly discarded an electronic cache of bitcoins years ago and then decided to search a dump to see if the coins were still there. This story – and we have our doubts about it – was all over the mainstream media, which is not a good sign.

Does anyone really believe that if bitcoin was a subversive, government-altering currency the mainstream media would be covering it so closely, or The Bernank would be issuing positive-sounding statements about it?

For all these reasons, we had reservations, which continue today, about bitcoin. Is it a system developed and placed on the Internet to anticipate the expansion of REAL alternative, digital currencies? Is it a kind of Trojan Horse, meant to provide the banking industry with a way to nullify a potential challenge – and regulate it – before something else comes along that is more challenging?

These may sound kind of hypothetical, but this iteration of The Daily Bell has certainly tried to speak to the expansion of alternative investing by setting some specific criteria. One powerful criterion would be "ethical" – as has been mentioned in past articles – and involves picking and choosing investments based on their ability to support freedom and free markets.

Bitcoin may offer profitability, but perhaps there is a "cost" attached that might – just might – involve a reduction of personal and monetary freedom in the long term. Does this sound counterintuitive? Perhaps so. But despite its success, High Alert has not recommended it or taken a position in it thus far and probably won't in the near future.

High Alert, a funding mechanism for alternative investments that are often mentioned in The Daily Bell, utilizes the VESTS system to determine promising products and services. The idea is that the Internet Reformation is collapsing some elite promotions while doing less damage to others. Using VESTS, we want to ascertain first of all whether a given dominant social theme is profitable and then, just as importantly, determine whether it is worth participating in.

We know, for instance, that global warming is a central elite meme and that people like Al Gore have made fortunes endorsing it. But global warming – AKA climate change – is also very destructive of personal and socio-political freedoms.

And now an announcement.

As part of this "ethical" consideration, High Alert is going to be breaking new ground shortly by launching a one-of-a-kind "socially responsible fund" with a twist. So much ethical investing has revolved around funds that take an anti-market approach and seek to invest in companies and systems that alleviate "carbon pollution," for instance. Not this fund.

THIS fund will be a TRUE ethical investing fund. It will encourage freedom-oriented technology of all sorts. Like-minded investors – presumably those who read The Daily Bell – will finally have a place to put some funds if they wish.

Some may put a lot of funds in, as they are enamored of certain opportunities. Others may want to contribute simply to register a protest and show that there are still people who consider freedom to be a primary ethical consideration.

Think of it as a stick in the eye of major corporations that have taken to announcing en masse that reducing "carbon pollution" is part of their core corporate mission.

You can be sure that the senior partners of High Alert shall be working hard to winnow real, freedom-oriented products worthy of support.

They will seek to profit from ideas that fit within a route defined by their "moral compass" – and those ideas are distinctly different from mainstream ones. Maybe bitcoin will ultimately make the cut and maybe not. But the considerations of this fund will be new.

All are welcome to come along.