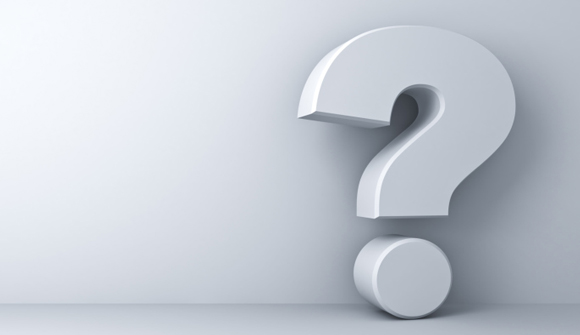 Dominant Social Theme: It is time for African-Americans to seek justice.

Free-Market Analysis: The Hegelian dialectic is proceeding apace. We learn about the above "pushback" from "The College Fix." This was predictable, was it not?

These are indeed interesting times. All of a sudden there are new, "vibrant" feminist movements on campus. Hillary is running on women's rights. "Just say no" is being replaced by "Just say yes." And, of course, the "Black Lives Matter" meme is gaining strength around the US.

And thus a movement like "Black Lives Matter" makes sense within a historical context. It is well known by now that in the 1960s certain elite forces helped fund "radical" movements. Is the same thing happening today?

Journalist Kelly Riddell, who wrote an investigative report for The Washington Times on left-wing funding sources, has claimed that leftist billionaire George Soros is behind the movement. As reported in The Daily Beast, Riddel claimed "it was a group that was started by three women that work at Soros-backed organizations that are into community organizing, into kind of riling up activists … They are all – all of these organizations, from a certain standpoint – funded by George Soros's Open Society Foundations. I found that within one year, George Soros dedicated $33 million to these types of organizations."

The Daily Beast provided a rebuttal from Ken Zimmerman, the director of US programs at Open Society Foundations, who claimed that "Black Lives Matter" was too amorphous to fund. However, The Daily Beast also quoted Zimmerman as saying his organization has donated money to groups working on "issues arising out of the Black Lives Matter movement." In fact, "OSF helped organize a talk with … Patrisse Cullors and actor Danny Glover, a spokesperson said." Cullors is one of the three founders of the Black Lives Matter hashtag.

The sudden eruption of "White Student Union" Facebook pages (see initial article excerpt) seems predictable as well. Generally speaking, a "movement" is set up and then the opposition. This is the way society is steered in certain directions. Both sides are needed. From The College Fix:

These "White Student Union" pages currently exist only as social media creations, and it is not clear whether they are created by students at their respective universities. It is also unclear if these groups plan to become actual student organizations on campus, although a North Carolina university page states they plan on holding "group meetings, info sessions, rallies, and protests on the UNC campus.

Commonalities between the pages exist. Many share a copy-and-paste-like description in the "about" section. Word choices in these descriptions are largely identical across certain pages with the exception of the differing university names substituted in.

We are not the only ones to be suspicious. Over at LewRockwell.com, Thomas DiLorenzo is critical of the "Black Lives Matter movement" as well. He writes that the movement "has persuaded Princeton University President Christopher Eisgruber to begin expunging the name and image of Woodrow Wilson (Princeton president for eight years) from campus buildings because of Wilson's undeniably racist words and actions. (He re-segregated the federal government, for example)."

DiLorenzo wants the movement to target Abraham Lincoln next: "The most publicly outspoken racist and white supremacist of all American presidents … Indeed, as Lerone Bennett, Jr. would argue, it is an abomination that young black students are taught, along with all other American students, to worship and idolize such a vulgar racist and white supremacist whose "white dream" was literally an all-white America, achieved by deporting all the black people from the country."

Unfortunately, the truth about Lincoln is not likely to be broadcast by the mainstream media. Instead, as might have been predicted, criticism of Thomas Jefferson is growing once again. We learn this from Breitbart.com:

Students at the College of William & Mary want Thomas Jefferson's status removed from campus because they call him an "incestuous rapist" and a "racist." The Jefferson statue there is now covered in yellow notes that say things including: "he knew it was wrong," "racist" "rapist," "black lives matter," and " stop worshiping racists."

The College of William & Mary, Jefferson's alma mater, is one of many schools in America where student activists are debating the legacy of the Founding Fathers and demanding the removal of anything that commemorates them … Students at the University of Missouri are also targeting Thomas Jefferson. A petition has been created for the removal of Jefferson's statue from university grounds.

That didn't take long. Once more a civil rights movement has taken aim at individuals that have historically affirmed freedom. Ironic, isn't it?

Again, African-Americans have had a tough time, historically, in the US, a horrible, genocidal time. Slavery is an abomination and certainly so in the US. But Black Lives Matter is probably not an "independent" movement – not a sincere expression at the top anyway – but is one, we'd argue, that is likely to be funded by monied elitists that have a capitalist stake in reducing freedom in the US for purposes of consolidating power and wealth.

As before, it is this amorphous and shadowy – but evident and obvious – group that is sowing seeds of chaos in the US and indeed around the world. They are starting wars, elaborating on social movements and collapsing economies in order to further centralize power internationally.

It is difficult to comprehend the scope of all this but Black Lives Matter is likely a piece of a larger puzzle.

If you live in the West, and especially in the US, you need to internalize what's taking place currently. The attacks on Western societies and culture have expanded of late. The wars have expanded, too.

As we have warned before, chaos is unleashed. Pandora's box has been furtively and deliberately unlocked. Out of chaos, "a new order." This is how it happens, and how certain forces hope it happens. Please take care.