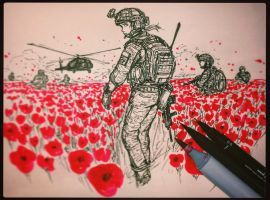 Twitter blue checks, a majority of whom a week ago couldn’t find Ukraine on a map and didn’t know the national flag’s colors, are now devoted to the cause of liberating the oppressed people of Ukraine.

To be clear, Nancy Pelosi and Maxine Waters and Eric Swalwell are not sufficiently devoted to hit the trail and fight the good fight in the trenches with the cold and snow (gross!). But definitely they’re devoted enough to offer up empty symbolic support for a war they won’t ever have a personal stake in, take selfies, and post their undying devotion to the oppressed people of Ukraine to social media.

We’re about to head in for @POTUS's first #SOTU! Looking forward to hearing his plan to protect democracy at home & abroad, reduce costs for working families, and continue our safe transition back to normal thanks to the tools we have to fight #COVID19. pic.twitter.com/qp4YLLHAvj

Ukraine Ambassador to the United States, Oksana Markarova, looks on as Congress gives a standing ovation in support of Ukraine during President Joe Biden's State of the Union. https://t.co/AvtQEwOy9W pic.twitter.com/HfCLwvFkYt

I stand with Ukraine. pic.twitter.com/nMAgh3giBx

From a certain vantage point, the left taking up the cause of Ukraine at all may come as a surprise, given the Ukrainians’ skin and eye color.

The corporate state, generally speaking, likes their refugees a little more ethnic because they’re more efficiently cast as more oppressed. It’s just more convenient for the “muh white supremacy” narrative, which they can’t help themselves from complaining about even while they voice nominal support for Ukrainian civilians.

“The mental discomfort that results from holding two conflicting beliefs, values, or attitudes.” 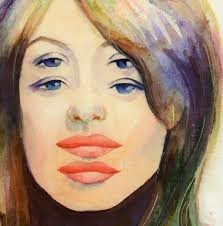 Culture war cognitive dissonance exhibit A, notorious race hustler Cenk Uygur of the Young Turks — the Turkish immigrant/Christian Armenian genocide denier who named his “news” organization after the moral degenerates who committed that atrocity in tribute.

Cenk has waged a veritable digital crusade against the Slavs for being white (and for their orthodox Christianity as well) for years. But within the last month, Cenk suddenly developed an affinity for Ukrainian Slavs when they got invaded by Russian slavs because it serves his anti-Russian narrative.

Still, he can’t help but air his personal confliction on the web, given his deep disappointment that Putin is currently bombing whites and not ethnic minorities – and worse, those white war victims are sucking up all the air in the room when he’d rather be talking about Black Lives Matter or Islamophobia or whatever fashionable victims of muh white supremacy de jour.

I'm not saying this to make it about race, I'm just telling you why strategically it is so different. Everyone in the West was never going to do crippling sanctions for killing Syrians. That is a horrible fact, but it is a fact. When the West sees Ukraine, they see themselves.

And simultaneously Cenk claims that American right-wingers “love Putin” because he’s white and they want to be mean to brown people somehow, despite the fact that his military is currently targeting Slavs.

Right-wing doesn't love Putin just because he is an authoritarian, tyrannical leader, they love him because he's a WHITE authoritarian leader. Race has become more important than even nationality. They've turned on democracy and now even America, in favor of a white warlord.

"Look at the shirt—'I'd rather be Russian than a Democrat.' Why? Because in their minds, Democrats are the others. They're minorities. Blacks, Browns, Asians…their identity has become super focused on their race." @cenkuygur on the right-wing's love for #Putin. @Mediaite pic.twitter.com/c70IffKuuj

CBS News actor Charlie D’Agata was recently digitally tarred and feathered, and forced to apologize, for blaspheming against the sacred “diversity makes us stronger” dogma by suggesting that Kyiv might be more civilized than modern-day Afghanistan.

Similarly, Comedy Central informed viewers that Poland accepted refugees from its neighbor Ukraine but doesn’t open its doors to Syrians because… You guessed it! Racism. Not the geographic proximity or cultural affinity or obvious consequences of humanitarian crises left unaddressed right on their doorstep.  Nope — muh white supremacy!

As the folk wisdom goes, you play the hand you’re dealt. No matter how much the corporate left media would hope to have more presentable war victims, they nonetheless rhetorically champion the Ukrainian cause because it serves the geopolitical interest of the corporate state.

None of the media or politicians’ outrage is about humanitarianism or promoting democracy or our poorly defined “values” or whatever gibberish. There is no moral component because these people have no moral core. They are rotten shells of humans who have transformed into biological robots serving, first and foremost, their personal interests of fame and fortune and, secondly, by necessity, their corporate overlords’ geopolitical agenda.

“According to Freedom House’s rating system of political rights around the world, there were 49 nations in the world, as of 2015, that can be fairly categorized as ‘dictatorships.’ As of fiscal year 2015, the last year for which we have publicly available data, the federal government of the United States had been providing military assistance to 36 of them, courtesy of your tax dollars. The United States currently supports over 73 percent of the world’s dictatorships.”

“Defending democracy,” like all the Ukraine-related talking points, is cheap window dressing for otherwise naked imperialism.

All of a sudden Nancy “Our Values” Pelosi cares about border integrity. All of a sudden Chuck “Saudi Oil Money” Schumer has developed a deep abiding concern with protecting human rights. 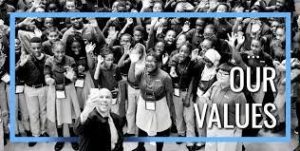 Without five years of Russiagate, war in Ukraine would by no means be a footnote in American media; it would get a lot of play for the rapturing war footage as well as for the propaganda value to the Deep State. But it definitely wouldn’t be the ultra-trendy cause célèbre that it currently is.

The liberal hysteria is what happens when, for literally a half-decade, every social ill was blamed on Russia all to deflect blame for a lost presidential election from Hillary Clinton – the candidate who somehow managed the historical feat of grasping defeat from the jaws of victory even when literally the entire Deep State, the political establishment, and corporate media were transparently on her side. 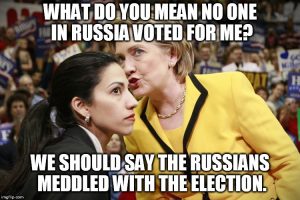 A KGB agent under every unturned stone!

You'll never guess who is seizing on life-threatening cold weather in the U.S. to fear-monger about… Russia! pic.twitter.com/deo2H4SBBQ

In a decent world, they would all be shipped directly to the front lines to fight the war they cheerleaded.

As always, alas, it’s the average Ukrainians like my wife’s family in the Western Ukrainian village of Stepan who will suffer while sociopathic politicians wearing blue and yellow lapels and COVID masks in faraway lands congratulate themselves on their virtue.

This is how out-of-touch, high-on-their-own-gas these people are.

Chuck Todd, who likely nearly literally qualifies for financial assistance from the government for impaired mental faculties, wondered on live national television what Ukrainians thought of Biden’s State of the Union speech that aired at 5 a.m. their time in the middle of an invasion.

The reporter on the ground in Ukraine explained to Chuck, like a child, that Ukrainians probably wouldn’t feel one way or another, given their face-to-face showdown with the existential threat of annihilation.

Biden contributed about 15 minutes at the outset of his recent State of the Union speech to covering the United States’ purportedly highly valued ally, with the audience festooned in a sea of yellow and blue accessories. He then pivoted to the real issue for his base: facilitating the pharmaceutical castration of children under the guise of humanitarian support for “transgenderism.”

“As I said last year, especially to our younger transgender Americans, I’ll always have your back as your president, so you can be yourself and reach your God-given potential.”

Nancy Pelosi joined her hands in a war prayer for the jihad against bigots worldwide who don’t support chemical castration of transgender children. 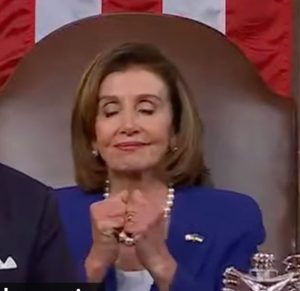 Their one true culture crusade continues.

Ben Bartee is a Bangkok-based American journalist with opposable thumbs. Follow his stuff via Armageddon Prose, Substack, Patreon, Gab, and Twitter. Support his independent operations however you can.