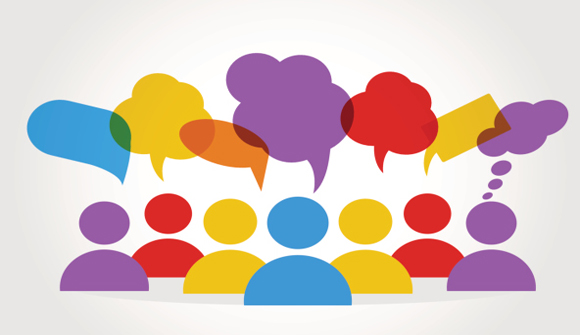 Rand Paul dives back into Ferguson debate … Rand Paul wrote a column for TIME following the decision in Ferguson. He said that politicians are to blame in Ferguson and elsewhere … Individuals, he argued, are ultimately responsible for their own fate … His comments are part of his aggressive minority outreach. – CNN

Dominant Social Theme: This is a crazy conservative who doesn't fit the mold.

Free-Market Analysis: Rand Paul is back in the news with statements about the war on drugs creating a "culture of violence" that puts police into an impossible situation.

In the same editorial, he also said the criminal justice system targets more blacks than whites but that nonetheless, people ought to "take responsibility" for their own lives and actions and not wait for government help. Shocking, eh!

First, we believe that Paul, like his father – even more than his father – has the possibility of becoming president if he runs in upcoming elections. That immediately makes his statements significant.

Second, the statements themselves are not "conservative" in nature so much as libertarian – freedom oriented. This has not previously been a mainstream GOP message and thus represents an ideological break.

Third, Paul is making a reasoned case for specific kinds of government disengagement. In an era of overwhelming government activism in the West and specifically in the US, Paul's are valuable for their unusual content.

We remember during the 2008 GOP presidential debates how his father, Ron Paul, then a congressman from Texas, voiced views on international military engagements that put him at odds with the other candidates on stage.

When asked how the US could disengage, Paul said that the US could "march out" just the way it "marched in." This statement was seen as naïve by other candidates and even by those moderating the debate. One candidate even said that the "sacred honor" of the US was at stake.

Despite the overwhelming negativity greeting Paul's remarks, the results of that single debate resonated. Paul was seen by viewers to have won the debate and mainstream GOP officials were put in a position of having to defend wars that had gone on too long and probably should never have begun in the first place.

The remarks, in our view, ultimately helped generate a limited disengagement of the US in the Middle East. Perhaps more importantly, they illustrated a significant divide between US citizens, even GOP supporters, and the US military-industrial complex that thrives unfortunately in the shadows, unquestioned and often unengaged.

Words matter. The political system may indeed be ineffective and resistant to change, but when freedom-oriented ideas are voiced on the national or international stage they may well have an impact.

The so-called war on drugs has created a culture of violence and put police in a nearly impossible situation," Paul said in an op-ed published for TIME.

He acknowledged that the shooting death of Michael Brown by a Ferguson police officer wasn't related to drugs, but argued that outsized penalties for nonviolent drug crimes creates a "tension in some communities that too often results in tragedy."

The comments are another attempt by Paul, a Kentucky Republican and likely 2016 presidential contender, to seize on the violence in Ferguson as an opportunity to make inroads with minorities. He's blending his libertarian-leaning views about the war on drugs with a message that emphasizes the importance of individual responsibility.

And he's doing this while other possible GOP presidential prospects – like Texas Sen. Ted Cruz or New Jersey Gov. Chris Christie – are largely silent on the turmoil unfolding in Ferguson.

Back in August, as violence first unfolded on the streets of Ferguson, Paul made a splash with an op-ed – also in TIME – blasting the government for over-militarizing local police forces. The piece made him one of the few political voices willing to weigh in on the issue at the time.

Paul didn't address police forces in Tuesday's op-ed … Rather, he focused his opinion piece on broader issues that cause what he frequently describes as an "undercurrent of unease" in poor communities. While he said criminal justice reform is a crucial need, he ultimately argued it's up to individuals themselves to improve their lives.

Saying he has "no intention to scold," Paul stressed that escaping the "poverty trap will require all of us to relearn that not only are we our brother's keeper, we are our own keeper."

This surely signals the return of the so-called Goldwater wing of the GOP to the Republican mainstream. Rand's father began the process and Rand himself is continuing it.

From a political standpoint, such rhetoric worries those who believe that government is always the answer. The CNN article quotes racial demagogue Al Sharpton as saying that "Paul may not necessarily generate a lot of support among black voters, but his outreach may stop them from voting against him if he becomes the GOP nominee."

Sharpton continued: "If he's able to neutralize his past image on civil rights, if he becomes the candidate … and if you don't get a huge black turnout saying 'We're afraid [of him],' " that could be a pitfall for Democrats." "I can't ignore him," he added. "He's openly dealing with issues that [politicians] including people in the Democratic Party, haven't done."

The bigger issue here is not one of politics, however. The bigger issue is that the concept of human action and individual responsibility is once again being advanced in a major publication, in this case Time magazine.

And this shows us once more how the West's elite leaders have lost control of the larger sociopolitical conversation. In the late 20th century and early 21st, the kind of views expressed by Paul would not have found much national purchase.

But the cultural conversation has expanded. Those who attempt to guide this conversation (toward an ever-expanded corporatism) have been forced to expand the rhetorical boundaries as well. That's part of the dialectical approach, which must encompass both sides of an issue to be an effective control mechanism.

Thus, Rand Paul now has gained a high-profile platform on which to express his views. No doubt he is well aware of certain limitations beyond which he cannot pass; but nonetheless, the conversation itself and Paul's presentation of the issues surely resonate.

It is easy to downplay the significance of all this, but the real impact is on individuals. As people understand more about what they face culturally, professionally and personally, they begin to make plans for themselves instead of trusting in others to do if for them.

Asset protection and the pursuit of an independent lifestyle may become ever-larger concerns. Homes, farms and other off-shore domiciles may become increasingly important. The accumulation of physical assets like gold and silver may come into play, as well.

The impact of people like Rand Paul and his father – whose column we publish – goes far beyond politics. It speaks to the heart of the US tradition of individualism and the "pioneer spirit."

Unfortunately, the impact is sometimes derided in the alternative media because politics itself is not seen as a viable method of reducing current sociopolitical and economic trends. But such sophisticated analyses disregard one issue: Freedom-oriented statements can make people think and goad people into taking individual human action.

And that's how change occurs.