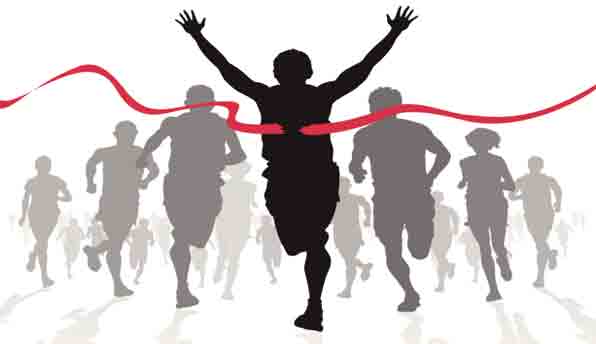 Strange Bedfellows: … Silicon Valley Techies Like Conservative Senator Rand Paul … There's a new app in Silicon Valley — conservatarianism. It's the app that conservative Senator Rand Paul is pushing. He wants to join forces with local techies. But how can technology and liberty flourish side by side? Paul's answer, "shrink government." … Recent polls put Senator Paul near the front of the pack among likely Republican presidential contenders. So far, he's made no official announcement on whether he'll run. – SAN JOSE (KPIX 5)

Dominant Social Theme: Who is this Rand person and where does he come from?

Free-Market Analysis: Will Rand Paul be the next US president? We believe it's perfectly possible, and thus we've been following this meme.

Now it seems Rand Paul – and the news media – are coining a new phrase, "conservatarian." We weren't familiar with the term, but we found numerous uses on the Internet, going back a number of months.

When the mainstream media creates a term at least partially for you – and utilizes it – something is going on. And in this case, what is going on is that Rand Paul is being given the opportunity to create a bright political future.

Here are some other articles we've written on the subject:

Rand Paul – the Next GOP Nominee for President

These articles made the point that Rand Paul is being positioned the way Ronald Reagan was, as a Conservative-Libertarian answer to considerable social unrest.

Reagan was elected right after one of the more aggressively polarizing US presidents, Jimmy Carter. And Reagan's stated policies and general anti-government/anti-bureaucracy perspectives are similar to Paul's.

In looking back, one can see that Reagan was the right choice for the times … if one approaches the election from the standpoint of addressing considerable sociopolitical upset within the mainstream paradigm.

"Is government inherently stupid?" the Kentucky Republican the audience at the Lincoln Labs Reboot 2014. "I say no, but it's a debatable question." Since Paul's visit a new political term is being coded — the conservatarian… part conservative, part libertarian. Silicon Valley entrepreneur Garrett Johnson organized Senator Paul's visit. "It's not that I agree with him 100% of the time," said Johnson. "I don't agree with my parents 100% of the time, but I still go home for Christmas and Thanksgiving every year."

"I call myself a conservative with libertarian leanings," said Evan Baehr, co-founder of Able. "Conservatarian? It's new for me, but it's a fit." Senator Paul seems hungry to win over these newly minted conservatarians. They have deep pockets. He has big ideas for changing the status quo, and changing political minds in Silicon Valley.

… The National Security Agency scandal sent shock waves through Silicon Valley. Paul warned about its repercussions for the business climate. "Since the NSA scandal, there have been people losing money," said Paul. "People selling stuff in Asia and Europe aren't very happy with us now. There have been articles written citing as much as 22 billion in lost sales."

Senator Paul was welcomed in this traditionally liberal region. But his whether his message will infiltrate all of Silicon Valley and beyond, is anyone's guess. "I love that Rand Paul is in the mix, that he's talking about privacy, and really important issues for technologists," said Baehr. "But what will he do for the rest of the country? I'm not paid to be a political prognosticator, I'm just trying to grow a business."

There are many parallels between Paul and Reagan, even in terms of the larger economy. Reagan came in after a time when the dollar had dropped precipitously against gold, when the stock market had shown considerable volatility, when both fiscal and monetary policy were in disarray.

One can argue that Reagan's results were minimal: Leviathan did not contract under him; the military-industrial complex expanded; tax loopholes were closed, but progressive taxation was not much affected. Even the educational bureaucracy – one of his main targets – remained fairly unscathed.

It was Reagan's rhetoric that differentiated him. He made what Richard Nixon called the "silent majority" believe that the political process was still capable of significant reappraisal. The political system itself was shored up by Reagan's behavior and rhetoric.

The same problems affect the US today, and the same sort of therapy is probably deemed needed.

In many ways, it's worse than it was pre-Reagan. Confidence in the US is failing on numerous fronts. Rasmussen Reports has recently published some startling statistics, as follows:

A new Rasmussen Reports national telephone survey finds that just 45% of American Adults reject as false the theory that President John F. Kennedy was assassinated by more than one shooter. Thirty-two percent (32%) believe more than one shooter was involved in the 1963 assassination in Dallas, and another 23% are undecided.

Last November, on the 50th anniversary of the assassination, 36% of adults said Kennedy was the victim of a lone gunman, but just as many (37%) said he was the victim of a larger conspiracy. One-in-four adults (24%) are convinced that the U.S. government knew in advance about the September 11, 2001 terrorist attacks and did nothing to stop them, and 19% more are not sure.

Previous Rasmussen Reports have revealed that "29% think America's best days still lie ahead," while only 58% "think American society is fair and decent."

These are significant and unsettling numbers. In fact, we believe these numbers are underreported and that they will continue to get worse over time. We would identify what we call the Internet Reformation as being responsible: The mainstream middle-class consensus in the US is being ripped apart. Powerful 20th century elites no longer control the dissemination of information.

This is important because the US is the most powerful nation-state in the world – economically, militarily and politically. It is the bulwark of Anglo-American power.

One way of trying to quiet public dissatisfaction is to place someone in political leadership who can provide a voice for those who feel alienated and distrustful. It is a reason why we think Rand Paul has a much better chance of becoming president, if he runs, than, say, Hillary Clinton.

Today's US decline is precipitous, indeed. The dollar seems to be under significant and sustained attack. And if the dollar ultimately fails, the US will lose its military advantage and its economic might shall crumble as well.

It is, in fact, possible that the globalists at the top of the Anglosphere hierarchy are actively working to undermine the US. The idea is to create a worldwide "evening out" of military and economic power that will make significant internationalist sociopolitical and economic structures easier to implement.

Within this context, Rand Paul may become an important contributor to a kind of strategic retreat, someone who can give the impression that the US is still headed forward when, in fact, its progress has been reversed.

Rand Paul probably understands this reality, which is one reason why he is taking a good time to make up his mind about any presidential campaign. Our betting is that he runs, just the way Janet Yellen campaigned to become Chair of the Federal Reserve. The lure of power proved too much.

Both of these individuals may have opportunity to repent at leisure …