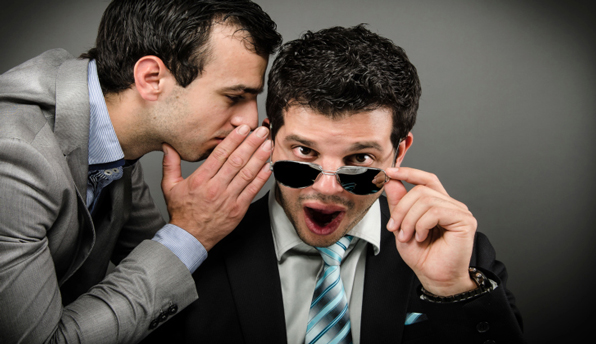 Dominant Social Theme: These rating agencies need to be fixed. But then they'll be okay.

Free-Market Analysis: This article goes against the common wisdom regarding rating agencies. In fact, this article concludes that ratings agencies' main purpose, from the point of view of the big banks that use them, is to justify decisions to invest in risky, high-yielding product.

If the agencies approve of the product, then the banks have the legal cover they need. And so banks were – and presumably are – willing to pay large sums to the big three rating agencies to justify their investments and to help craft a defense against any litigation.

The article is actually written within the context of the recent financial crisis. Here's more:

… Investors who are subject to ratings-driven capital regulation have to invest in things with ratings that satisfy their capital regulators. Add in a fairly straightforward set of principal-agent problems and you get the conclusion that investors want to invest in the riskiest thing that satisfies their ratings requirements. This objection relies on the assumption that investors are not idiots, or at least, that the marginal investor is not an idiot. This assumption seems reasonable to me! But your mileage may vary.

Our mileage does vary because as clever as this article is, we think the problem is deeper than the manipulation of rating agencies. It has to do, inevitably, with monopoly central banking itself and the booms and busts that it causes.

So long as ratings agencies don't recognize the potential violence of the business cycle, their analyses will be virtually worthless. After all, such agencies not only missed 2008's violent correction, almost every single rating proved to be inaccurate.

At one point, most if not all of the West's largest and most creditworthy banks were actually in danger of bankruptcy. If the Fed and other central banks had not generated massive amounts of liquidity, even the most creditworthy of institutions might have failed.

Does top management understand the inevitability of the boom-bust cycle and cynically employ ratings agency analyses to generate as much profit as possible while the cycle is oriented toward "boom"? This is not a speculation offered by this article, but it is one that emerges naturally from the issues examined.

Of course, top management is not likely to admit to such strategies. But in a way it makes a kind of grim sense. Certainly the boom-bust cycle is not unknown to senior management and employing ratings agencies.

The article continues with the following startling insight:

Regulators should focus on eliminating reliance on ratings for regulatory purposes. And why not … It is odd to look at the facts — Citigroup creates bond, Citigroup asks S&P for a rating, S&P rates bond AAA, Citigroup buys bond itself, bond goes bust — and conclude that S&P ripped off an innocent bank.

But it's easier to conclude that Citigroup wanted to take more risks, but was constrained by regulators to invest mostly in highly-rated securities, and that S&P helped it get around those constraints by giving risky securities high ratings.

Insightful as this is, it doesn't go far enough. Here's the truth: So long as there are monopoly central banks of last resort, the entire financial industry is a kind of nonsensical construct.

Most investors labor under the disadvantage of potential losses that can prove deadly to their businesses and financial hopes. But for select too-big-too-fail institutions, the ordinary laws of economics are suspended. This allows such institutions to take tremendous risks that they would not otherwise undertake.

It's possible that the biggest players used ratings agencies to cynically "game the system." But the larger issue – and we've pointed this out before – is that at least once a generation, the ratings provided to ascertain creditworthiness are overtaken by cataclysmic events that illustrate quite clearly the basic unreality of the system.

The system itself is fantastical. Over and over, monopoly central banking renders even the largest financial institutions unstable. And one can question whether these vast banking instrumentalities would even exist without the brute judicial force of corporate personhood.

The "big secret" of the ratings industry and of the West's modern financial system in general is that the system is virtually guaranteed to experience bouts of insolvency.

Surely, we are in the midst of another monopoly-fiat money boom. In a year or two there will be a further crisis. Ratings agencies will be exposed – as before – for their fecklessness and the insufficiency of their analysis.

Creditworthiness is not an especially valid gauge these days. One needs to look carefully at monetary volume and even the velocity of money. The old rules simply don't apply (as before) during the expansion of this "Wall Street Party."