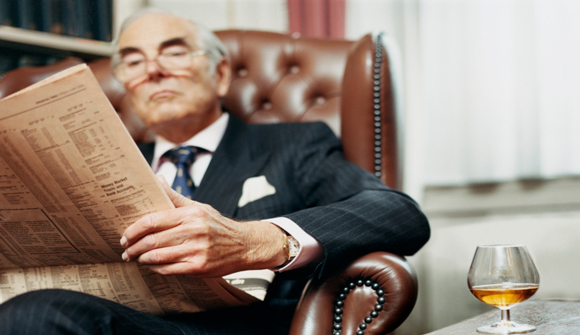 STAFF NEWS & ANALYSIS
Reading Between the Lines With the UK Telegraph
By Staff News & Analysis - September 16, 2014

Only a monetary 'nuclear bomb' can save Italy now, says Mediobanca …The OECD has drastically cut its growth forecast for Italy. The depression will drag on though most of 2015. The economy will contract by 0.4pc this year. It will remain stuck in the doldrums next year with growth of just 0.1pc. If so, Italy's public debt will spiral to dangerous levels next year, ever further beyond the point of no return for a country without its own sovereign currency and central bank. "This is catastrophic for the finances of the country. We're heading for a debt ratio of 145pc next year," said Antonio Guglielmi, global strategist for Mediobanca. – UK Telegraph

Dominant Social Theme: There is no choice but to inflate. And inflate hard.

Free-Market Analysis: Reading articles by our favorite Telegraph author, Ambrose Evans-Pritchard, we are exposed to news and analysis not found elsewhere in the mainstream press. This article is a good example.

But it is also an example of how elite memes are produced and presented, as he frames the dialogue as one of two choices, which is simply not logical. There are other choices.

"Who knows the maximum number that the market will tolerate? The number is already scary, but for the time being Draghi's poker game is proving successful, and there is now the smell of QE keep the game going for a bit longer."

"It is going to take a nuclear bomb to turn this around. If Draghi ends up doing almost nothing – and there is a lot of scepticism about the ECB's plans – Italy is dead," he said.

It has been an abominable few days for the Italian economy. ISTAT said today that industrial output fell by 1pc in July (m/m), and 1.8pc from a year ago. It is down a fifth since 2008.

Exports from the regions fell 2.5pc in the second quarter (q/q). The figures for the South were nothing less than catastrophic: Sicilia (-11.1), Sardegna (-11.2), Basilicata (-24.6). It seems that the Mezzogiorno is falling off the bottom of the Italian economy.

The OECD also slashed France's growth by half a percentage point to 0.4pc this year. It cut Brazil by 1.5pc to 0.3pc. The Brazilian miracle is by now a structural wreck.

Yet it is the eurozone that remains the epicentre of hopelessness. "The recovery in the euro area has remained disappointing, notably in the largest countries: Germany, France and Italy. Confidence is again weakening, and the anaemic state of demand is reflected in the decline in inflation, which is near zero in the zone as a whole and negative in several countries."

It called for QE, yet again, but such pleas are meaningless without a concrete number.

Italy's debt reached 135.6pc of GDP in the first quarter, galloping upwards at a rate of 5pc of GDP each year. This is happening despite – or because of – a series of austerity packages, and even though the country is running a large primary budget surplus of 2pc-3pc of GDP. Plans to stabilise the debt have been blown to pieces.

… Note that the Monti government said three years ago that the ratio would end 2014 at 115pc. That Panglossian estimate is likely to be wrong by 25 percentage points of GDP. That is a staggering error in such a short space of time. Was it bad luck, or were those crafting policy in denial about the fundamental nature of Italy's EMU-rooted crisis?

… If Italy slashes wages and deflates the economy further to regain lost competitiveness within EMU, the "denominator effect" will automatically cause the debt ratios to rise. There is no plausible remedy to this unless EMU switches tack to massive reflation, which the ECB is not in fact about to do.

Matteo Renzi will soon have to make a second gamble, whether to go along meekly with further austerity and fiscal cuts – chasing his tail in a perpetual vicious circle – and suffer the disastrous fate of French leader Francois Hollande. Or think of a better idea.

I hand it over to Italian readers to suggest which of the two he might choose given his tempestuous character.

This is a persuasive summary, is it not? We can see from the above that Southern Europe plus France now is in terrible shape – and the economic numbers continue to decline.

Evans-Pritchard makes the point that Draghi's suggestions regarding a European QE were at least partially intended to "jawbone" the markets and hold rates down. But none of this is sustainable because the euro is not a sustainable currency as formulated.

The article's conclusion makes the point that Italy's Prime Minister Renzi will have to commit to further austerity or "think of a better idea."

While this would be a most encouraging stance to take, it is one that Evans-Pritchard has downplayed of late while forcefully advocating for various inflationary procedures – all the while admitting that such are not feasible.

Taken at face value then, this article offers austerity as one choice and European Central Bank inflation as another. It does hint, perhaps, if you follow the author, at the possibility of secession – but that is not adequately explained.

And thus, like so many other conversations regarding the EU, we are left contemplating a hopeless muddle. And hopelessness is surely part of what EU officials want to encourage.

The idea is certainly not to "fix" European economies or there would already be serious proposals to reconfigure the euro so that Southern Europe could adequately devalue.

Of course, this would call the entire euro currency into question – and thus, we must conclude that a European depression is preferable to recalibrated currency from the standpoint of Brussels.

We arrive again at the real conclusion: The point of the EU and the euro is centralization – at any cost. All the discussions about "helping" Europe and coming to the rescue of Southern Europe in particular are little more than that … talk.

We are beginning to arrive at an end game, it would seem. If European economies continue to collapse, the pressure to do something radical will strengthen.

This article we are analyzing doesn't state much in the way of solutions. The only outright suggestion when it comes to Italy and other Southern European countries in Italy's condition is … further austerity.

Yet raising taxes and cutting services is only going to aggravate what is already a difficult set of circumstances. Cutting taxes and reducing the regulatory state are other ideas that should be tried, short of outright secession.

Such alternatives are not being discussed in the mainstream media. Choices are thus being constrained. This is how the media conversation is shaped. The promotion always revolves around what is unspoken, not what is spoken. Don't take anything for granted. But participate when you are comfortable (even in the Wall Street Party).

Protect yourself at all times. No one will do that for you. Read between the lines and understand that there are often more choices than the ones provided to you.