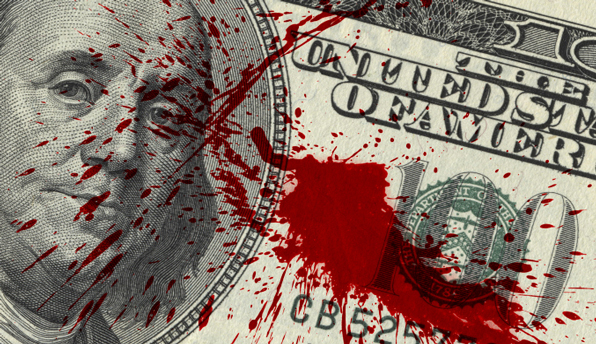 The Ways That Pop Economics Hurt America  … Someone needed to write a book about how economic theory has been abused in American politics. And someone finally did. James Kwak’s “Economism” is a very important and timely book, and anyone who is interested in public affairs should pick up a copy and read it.  Kwak, a law professor at the University of Connecticut, spins a tale of how simple supply-and-demand theory fed a free-market ideology that led to a financial crash, a dysfunctional health-care system, spiraling inequality and a threadbare social-safety net. – Bloomberg

Now add in the millions of regs preventing anything like a free market from existing and you have recipe for increasing quasi-monopoly and monopolies. Undoing a few regs and then claiming that you have opened up an industry is simply incompatible with reality.

The basic idea is that by getting everyone to think in Econ 101 terms — perfectly competitive well-functioning markets, rational well-informed consumers and so on — free-marketers were able to redefine the terms of the national debate to favor their own interests.

With Econ 101 as the default lens through which everyone views the world, Kwak argues, government programs and regulations start to seem dangerous and inefficient, while inequality begins to feel like the natural of things.

When competitive free markets and rational well-informed actors are the baseline assumption, the burden of proof shifts unfairly onto anyone proposing a government policy. For far too many years, free-marketers have gotten away with winning debates by just sitting back and saying “Oh yeah? Show me the market failure!”

The market failure is inevitable of course. And people like Peter Schiff, a libertarian, have minced no words about it. When markets are already regulated and their functioning is likened to monopoly central banking as well, then there is little that can be done to avoid the inevitable crash.

The article doesn’t touch on any of these fundamental points and thus in this way can be said to be dishonest. It is not possible to simply make a few deregulations and declare a market has become free.

The solution — which Kwak discusses, and which I endorse — is empirical evidence. The economics discipline itself has been shifting from theory to data for years now, and the world is taking notice.

That’s what the article proposes as a solution. More “and better” economics. The article suggests this is the solution the book itself believes in.

But the article doesn’t entirely dismiss what it calls “economism.” It is fascinated by why economism has been so successful in capturing hearts and minds. Towards the end of the article, the text changes. It turns out after all the author is willing to entertain the idea that economism has a purpose.

“Did countries that resisted economism — Japan, for example, or France — do better for their poor and middle classes than the U.S.?” The answer if fact is that actually they did not.  But actually this is not because of economism– a made up word that actually doesn’t mean anything.

The US did well on and off because of the incredibly low rates the Federal Reserve was providing. In other words, the upward momentum of the US was provided by the monopoly impact of the US central bank.

The article writes, “Economism has obviously gone too far. The worldview it promulgates is too simplistic, and it sometimes ends up hurting the many to benefit the few. But as we search for new ideologies and worldviews, I think we shouldn’t forget economism. It should be just one tool in our mental toolbox.”

Conclusion:  This is just a complicated way of saying that real free markets are not to be “forgotten.” Indeed they should not. Real free markets, supply and demand without government interference, provide the basis of all market interactions. The closer one gets to this fundamental functionality, the better off the market is.