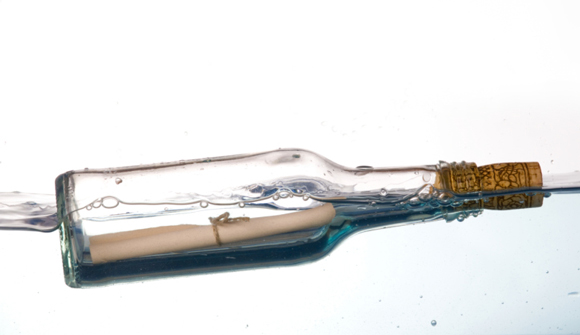 Public-private partners at UN pledge to seek funding for sustainable energy for all … The United Nations and the World Bank today announced a concerted effort by governments, international agencies, civil society and the private sector to scale up efforts to provide sustainable energy to all, with Secretary-General Ban Ki-moon calling for massive new investments in the face of a rising "global thermostat." … "Sustainable energy is the golden thread that connects economic growth, social equity, a stable climate and a healthy environment," he told reporters after co-chairing with World Bank Group President Jim Yong Kim a meeting of the Advisory Board of his Sustainable Energy For All initiative, in which he called for action in four areas: finance, energy access, energy efficiency and renewable energy. – UN News Centre

Free-Market Analysis: So much has been said and written about global warming that one would think it was entirely debunked by now. But it is not as we can see in the above article.

Of course, as this issues out of what is inaptly called the UN News Centre, we are not surprised by the tone any more than the substance.

Given that it is supposedly "journalism" of a sort, it should at least present two sides of the argument. But this warmed-over press release posing as UN "news" does nothing of the sort.

The global thermostat is rising, threatening development goals and economies small and large. It is clear that we need a transformation in how we produce, use and share energy. Mr. Kim stressed that financing is key, with $600 billion to $800 billion a year needed from now until 2030 to reach the goals for access to energy, energy efficiency, and renewable energy.

"We are now starting in countries in which demand for action is most urgent," he said. "In some of these countries, only one in 10 people has access to electricity. It is time for that to change."

Mr. Ban praised achievements already attained such as Brazil's 'Light for All' programme that has reached 15 million people, Norway's commitment of 2 billion kroner ($330 million) in 2014 for global renewable energy and efficiency, and Bank of America's Green Bond that has raised $500 million for three years as part of its 10-year $50 billion environmental business commitment.

… Today's meeting was the Advisory Board's second, bringing together 42 representatives of business, finance, governments and civil society in a global public-private partnership … Mr. Yumkella pointed to widespread support not only for Sustainable Energy for All from numerous partners but also for energy to be at the heart of the global development agenda beyond 2015, the deadline for the anti-poverty targets known as the Millennium Development Goals (MDGs).

This last paragraph is perhaps the most revealing. There is "wide support" for "sustainable energy." What this really means is that governments will continue to put policies in place to support global warming, which probably doesn't exist.

Just to hedge their bets, those involved came up with the idea that global warming was really "climate change." As the climate always changes, the changes can be attributed to manmade carbon that is clogging the atmosphere.

Even though this carbon is less than one percent of heat trapping gases, those involved with the climate change movement insist that this extra amount is providing the tipping point. They provide extensive mathematics to prove this is accurate.

Unfortunately, these proofs are almost always predictive and contain errors that render them moot. There are so many examples of this it is hard to know which to pick:

Those are just three instances that occur to us but there are many other exaggerations and outright manipulations that have accompanied the endless progression of this vile meme.

And it is vile because the object of all this disinformation is to pass into law global constraints and carbon markets that will radically restrict what is left of the freedoms of the average citizen both in the West and around the world.

Everywhere one looks, energy policy is being used to restrict progress and prosperity, especially in the developing world where global warming derives some of its most vociferous support.

That's because the leaders of those countries are promised the biggest slice of the funding pie and you can bet a lot of that funding will find its way offshore, benefiting the pocketbooks of those who happen to be in power at the time.

Recently, officials affiliated with UN programs have called for the abolition of coal-fired power stations and advocated that countries stop mining coal entirely. After a walkout at a recent UN conference, developing world countries received a bigger share of "damages" that Western countries will pay for global warming emissions.

Some researchers are predicting global cooling now – a mini ice age, and papers have been published to this effect. And the effects of leaked emails several years ago continue to reverberate.

These emails showed clearly that the entire global warming debate could be affected by a journal controlled by scientists with pro-global warming biases. Additionally, it turned out that the UN climate change body was misrepresenting journalism as research.

The pipelines for the upcoming "Wall Street Party" are said to be jammed with global warming and climate change technology. Having failed to make their case via misrepresentation and illusory science, the power elite is turning to full-on international political pressure and IPOs that can be controlled and funded by corporate and institutional allies of internationalism.

Sustainable energy is nothing but a euphemism for fascism and mercantilism. The idea is to build a seamless facility of corporate funding, regulatory humbug and massive state force that will emplace global warming as a policy even though it continues to be wretched science.

The recent announcement regarding expanded investment in this meme is just further evidence of how the power elite operates. Thoroughly exposed in the conventional sense, they continue to forge ahead using their vast resources.

They are furthering a lie but don't seem to care. And this has other ramifications. We perceive that if there is no give on this issue then other dominant social themes exposed by the Internet will not have an impact, either. As Internet enlightenment spreads, controversy will consider to expand and even violence may become more likely.

Those at the top don't seem inclined to back away from their globalist positions even a little bit. That's the real – and most dangerous – message of global warming.