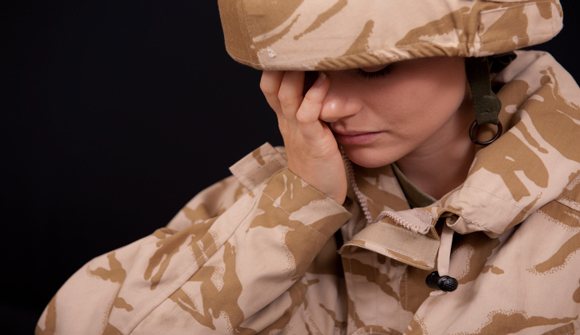 Study Finds No Link Between Military Suicide Rate and Deployments … In 2013, a former combat videographer, Kathryn Robinson, described trying to get her life back on track after her return from Iraq left her with P.T.S.D. and thoughts of suicide. – New York Times

Free-Market Analysis: There are powerful forces in the US and abroad that will resist any consensus that links military service to depression and suicide. This study published yesterday in JAMA Psychiatry states bluntly suicide does not seem to be much enhanced by deployment in Afghanistan and Iraq.

Perhaps then, it is conforming to this larger sociopolitical meme. But certainly there is a reason for such studies: The rate of suicide among military personnel in the US "has nearly doubled since 2005."

This study doesn't explain this startling expansion of suicides, yet it does – surprisingly – find evidence that military personnel are committing suicide at nearly the same rate whether they were deployed or not.

"As the wars went on, the suicide rates also went up and it was very tempting to assume deployments must be the reason," said the lead author, Mark Reger of the Department of Defense National Center for Telehealth and Technology in Tacoma, Wash. "Our data don't support that. But there may be important subgroups, including those exposed to combat, that we need to look at further."

The suicide rate for troops deployed in support of the fighting in Iraq and Afghanistan, the study found, was only slightly higher than for troops who did not deploy to that area or remained stateside — 18.86 deaths versus 17.78 deaths per 100,000. The national average is about 13 deaths per 100,000.

The latest study, which analyzed records of 3.9 million military personnel who served from 2001 to 2007, did find that troops who left the military within four years, especially under less-than-honorable conditions, were at much higher risk of suicide than those who continued to serve.

The study finds several fascinating anomalies. Suicide rates in the Army and Marine Corps are 25 percent higher than other armed services. "But within those branches, rates between those who deployed and those who did not were nearly the same."

Much of the reporting in this Times article focuses on various cautions issued within the context of the study.

"There may be a lot going on here that the data doesn't allow us to see," said Michael Schoenbaum, a researcher at the National Institute of Mental Health. According to Schoenbaum, even this study doesn't settle the issue.

The Times reports him as adding: "You can be deployed without being in combat. This data set wasn't able to sort people by their exposure to the physical acts of war. That is the next step."

Also, it is unclear whether military injury contributes to suicide. And yet another question: Why is the suicide rate for those who left the military before the end of their enlistments double those who remained? Troops involuntarily discharged committed suicide at a rate three times higher.

The study will be expanded and buttressed with additional research and statistics but it occurs to us that such a study may never be able to quantify at least one reason that may be increasing suicides … The sense that the current conflicts are essentially meaningless and even unfair to those fighting Western forces.

While most of the West – and especially the US – were mobilized during World War II, we are not aware that it had the same destructive impacts on its survivors. Of course, data on such issues is probably lacking, and perhaps for good reason.

Nonetheless, we'd speculate that many who fought in World War II were convinced that it was a necessary war and one that the West had no choice about waging.

Not so, we'd speculate, when it comes to the wars in Afghanistan or Iraq or even further deployments in the Middle East.

For us, the Internet itself may play a role in the rising tide of self-violence. While troops may not understand fully what they will experience, the reality of their experiences after the fact may give rise to considerable confusion and self-loathing – amply illustrated on the Internet, which didn't exist in World War II.

In fact, the US military in particular has never been able to give an especially good reason for the growing – and already vast – war on terror in Northern Africa and the Middle East.

The idea that the US is "fighting terrorism" is perhaps a persuasive rationale for those who are joining the military – often for economic reasons – but not for those who have actually experienced the reality "on the ground."

Further study may find that certain destructive psychological issues are exacerbated simply by being in the "zone of war" whether or not one is directly exposed to fighting.

The damaged and injured US participants in this "long war" will haunt the country far into the future, economically, psychologically and even spiritually.