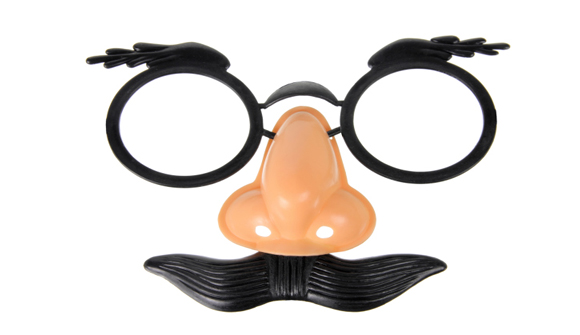 Free-Market Analysis: The breadth of this scandal (see excerpt above) is extraordinary and comes not long after a top executive at Monsanto issued a plaintive tweet lamenting the West's eroding faith in "science." You can see our Monsanto analysis here:

As we have noted in the past, the current status quo emphasizes "experts" and "expertise." In part this is because the foundational meme of modern society is based on central banking – and central bankers are presented as having the expertise to predict the future.

If people generally came to doubt the ability of central bankers to peer into the future in order to generate accurate monetary prices, then central banking itself would become a doubtful proposition. The same thing holds true in other fields.

Science – faith in science – was supposed to justify the modern technocratic society. It is in fact an ancient manipulation. The meme of the "expert" is that of the technocrat – a model of social manipulation that dates back at least to Socrates and his theory that "philosopher kings" ought to run the world.

When we called science a "manipulation" a month ago, we didn't except to receive such efficient confirmation as this so quickly.

But BioMed Central, which puts out 277 peer-reviewed journals, has begun to retract articles and sees the problem as a "problem of how scientists are judged." In other words, scientists are under extreme pressure to "publish or perish" and thus may be tempted to fudge.

The Committee on Publication Ethics, a multidisciplinary group that includes more than 9,000 journal editors, issued a statement suggesting a much broader potential problem. The committee, it said, "has become aware of systematic, inappropriate attempts to manipulate the peer review processes of several journals across different publishers." Those journals are now reviewing manuscripts to determine how many may need to be retracted, it said.

Peer review is the vetting process designed to guarantee the integrity of scholarly articles by having experts read them and approve or disapprove them for publication. With researchers increasingly desperate for recognition, citations and professional advancement, the whole peer-review system has come under scrutiny in recent years for a host of flaws and irregularities, ranging from lackadaisical reviewing to cronyism to outright fraud.

Last year, in one of the most publicized scandals, the Journal of Vibration and Control, in the field of acoustics, retracted 60 articles at one time due to what it called a "peer review and citation ring" in which the reviews, mostly from scholars in Taiwan, were submitted by people using fake names.

Modern scientific reporting is subject to all sorts of fakery. The broadest kind of fakery is a theoretical one. Physics, for instance, seems stuck on gravitational explanations for what may well be an electrical phenomenon as regards the fundamental "force" of the universe. In other words, Tesla had it right with "plasma" and physics may have taken an inaccurate detour with Einstein's gravitational theories.

On a slightly smaller scale, there are surely questions about double-blind testing. The questions must be raised – though the mainstream media doesn't do so – based on the many disastrous drugs launched by the pharmaceutical industry.

Some of these drugs may be subject to rigorous double-blind testing and yet after being on the market for some years, they are removed for "side effects."

What is happening is that the samples are too small or the timelines too short. In either case, double-blind testing is the fulcrum of a certain kind of modern science but there are plenty of instances where its findings are seemingly invalidated.

Science and the ability to generate trustworthy results is a noble effort. But what has happened in the modern day is that science is being elevated to a kind of religion. Slap the label "scientific" on research, no matter how dubious, and you may end up with the benefit of the doubt.

As in so many other ways, you have to follow the money. To question science is to question economics and in particular to question the technocratic efficacy of central banking. Sadly, science has been aggrandized to serve the meme of monopoly money printing.

As a result, science and scientists occupy rarified air, indeed – and because the stakes are so high, the temptation to cheat is increasingly significant as well.

Scientific theories are ever more impervious to change. Change, after all, suggests a cognitive evolution and one doesn't easily adjust what is basically by now a religious doctrine for fear of bringing certain elements into doubt.

The article in question offers the suggestion that scientific fakery is rife among journals. We would suggest that the problem will only become bigger and broader as scientists and publishers become increasingly reluctant to challenge the orthodoxies of their colleagues and the institutions for which they work.

We would also suggest that as the problem grows, public confidence in "science" will continue to decline.