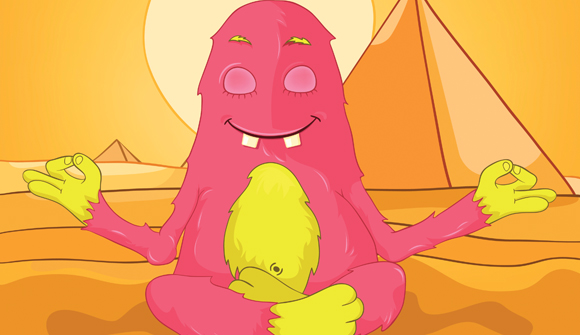 Historically, Egypt's revolution is more of the same … The history of revolutions tells us one sad fact: Egypt is in for a long period of violence, chaos and upheaval before it even begins to enter into the Promised Land of democracy. Many Western politicians and commentators expressed surprise and even alarm over Egypt's revolution, as the military ousted President Mohamed Mursi from power. Yet, examining the history of revolutions shows that these upheavals usually destroy more than they build – and, over the last 400 years, have rarely created durable democracies. – Reuters

Dominant Social Theme: The violence in the world today is very sad.

Free-Market Analysis: We agree that Egypt is in for a long period of upheaval and bloodshed now, but we disagree with Reuters on the reason.

As experienced meme watchers, we've observed the unfolding of the current Egyptian political standoff and we don't have any reason to believe the evolution was simply chance or coincidence.

The West – specifically the US – worked hard to destabilize the Mubarak regime and then was apparently content to let the Muslim Brotherhood take power. This seems to be part of a larger policy whereby the Brotherhood, or at least Islamic political regimes, have regularly been coming to power as a result of so-called color revolutions.

As we and other alternative 'Net sites have regularly reported, the current spate of color revolutions in the Middle East and Africa have been boosted by Western aid, material, training and, in the case of Libya and some other regions, troops on the ground.

When it comes to Egypt, the current deplorable situation provides us with two lessons. First, it shows us that even interventions have limits. Second, it indicates to us that while bloodshed and chaos can be provoked, the requisite results may not be the preferred ones. Here's more from the article:

For a revolution to succeed and lead to democracy, five key factors are needed: A strong economic base to support democratic politics, an educated public, a supportive regional environment, tolerance for opposing ideas and an inspiring national leader. When a country does not possess all or most of these qualities, it is unlikely that a revolution can lead to long-term democracy.

Is current revolutionary failure in Egypt limited to the unique aspects of the Mursi regime or is it of broader consequence? The history of modern revolutions and the probable course of events in years to come offer an important guide to the future. One big problem, many commentators now assert, is that Egypt has had two revolutions since 2011. However, multiple revolutions are historically the norm, not the exception.

And the road to democracy was difficult and complicated. The English Revolution of the 1640s, for example, did not create a viable democratic state until the Second Great Reform Act of 1863 gave the majority of males the vote. The 1789 French Revolution, of "liberte, egalite, fraternite," did not create a viable democracy until the Third Republic in 1871. And then that happened only because the monarchist majority could not decide on which of three French dynasties — Bourbon, Bonapartist or Orleans — belonged in power.

The American Revolution of 1776, cited as the bastion of liberty, took many years to produce a strong democracy. The government first needed to evolve, as the Founding Fathers replaced the Articles of Confederation with a new Constitution in 1789.

And finally great leaders — from George Washington to Nelson Mandela — matter. The failed Egyptian Revolution lacked all the prerequisites for a democracy. Egypt is a poor state with a gross national product per capita of $2,500, barely 5 percent of the American level. It lacks a large educated middle class — more than 40 percent of women and 20 percent of men are illiterate. A stunning 88 percent of Egyptian households have no books, save those that children brought home from school.

… As for leadership, Mursi has demonstrated that he is an inept politician — arrogant, politically tone-deaf, aggressive. He regularly violated the promises he made to the people. Egypt's recurrent revolutionary failures are not unique but reflect broader historical patterns from the long history of global revolutions. They are a sobering reminder of how difficult and protracted the struggle for democracy is — even in the 21st century.

Some of this is very good and some of it is a hodgepodge of factoids. The "good" part is the observation that social chaos and "revolution" often does not resolve itself immediately but that society is roiled for years and even decades.

The real struggle being played out today as in the past several centuries is between the globalist impulse and the aggregate yearning of peoples to be free of authoritarianism and government intimidation.

Egypt, in fact, is a good example of this. There are significant indications that many protestors in Egypt sincerely want a government – if they must have one – that is neither authoritarian nor religious. Unfortunately, these are the choices being offered – and the reason for predicting bloodshed is not just that these two choices seem opposed to each other but because alternatives are being suppressed.

In fact, from what we can tell, the Muslim Brotherhood is allied with Western intel and, as has been pointed out elsewhere, the Egyptian military – the other powerful player – has close ties to the Pentagon.

But from our point of view, an even more serious problem is what has not apparently gone according to plan. The Muslim Brotherhood was the first choice of Western powers, from what we can tell, and was only discarded when its leadership declined to go along with a US$4 billion International Monetary Fund plan.

The military, meanwhile, has been portrayed as being of one piece, but as we have pointed out previously, it may be a mistake to believe that the military is cohesively pro-Western and at the service of the Pentagon. It may be at the top, but who can speak for the rank-and-file?

The social chaos and bloody destruction now being predicted for Egypt may not simply be the result of a scripted clash between the military and Islamic factions.

No, we believe that today's difficulties are a good deal more complex than even what is being portrayed by the alternative media. The wild card is the Internet itself and what we call the Internet Reformation.

If we are correct, Egyptian problems will not resolve themselves easily or predictably. Perhaps, despite all the efforts to manage it, this is turning into the first real Internet Revolution.