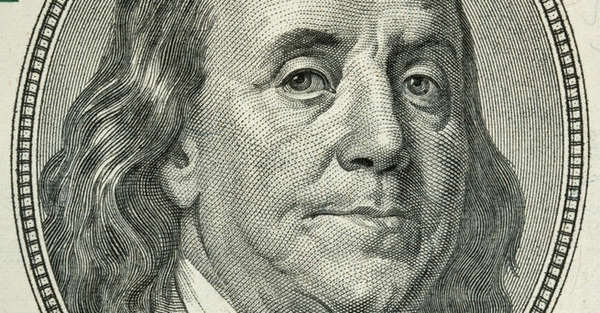 The right kind of reform  … America’s next president should modernise the Federal Reserve system … Perhaps it was inevitable in the aftermath of the worst financial crisis in almost a century, but America is boiling over with schemes to remake the Federal Reserve … The Fed is not broken, but it is anachronistic. -Economist

The Economist is on a roll – in the wrong way.

We recently wrote about the magazine’s attempt to separate cyclical downturns from central bank monetary debasement. You can see that analysis HERE.

And now we’ve come across their latest article entitled The Right Kind of Reform.

From The Economist’s point of view, the right kind of Federal Reserve reform is to change the makeup of Fed boards by adding more women and minorities … and forbidding bankers to participate due to “conflicts of interest.”

The Economist is not alone in its enthusiasm for different skin colors and gender. Hillary Clinton and Bernie Sanders have both made similar statements.

Here, from the LA Times:

Clinton aligned herself with some of the party’s top liberals in publicly chastising the nation’s central bank for what they said … was its “disproportionately white and male” leadership.

[She]… followed her rival for the Democratic nomination, Sen. Bernie Sanders (I-Vt.), in saying bankers should not be allowed to serve on the boards of the 12 regional Fed banks.

This is what we call a “portmanteau meme.” One false statement – that central banking is fundamentally viable – is now supported by another: That the system itself will improve if the people making decisions are not white and male.

But businesses don’t suddenly become successful because women take over. Yahoo CEO Marissa Mayer tried to salvage Yahoo and is now presiding over its break-up.

Government doesn’t become supportive of minorities just because minorities become decision-makers. President Barack Obama hasn’t made a dent in the over six million individuals involved in the US penal system.

Having more minorities and women on Fed boards won’t make a difference. Nor will forbidding bankers from serving.

It will still be the same corrupt and ruinous organization. The systematic debasement of money is the problem, not the Fed’s ethnic or gender makeup – or even “conflicts of interest.”

And then there is this from the Economist:

The private sector should be kicked out of the Fed entirely, the reserve banks capitalised with public money and the central bank’s profit kept for taxpayers.

And here’s the article’s conclusion:

Private-sector involvement in the Fed arms the critics and conspiracy theorists. It reinforces the corrosive notion that self-serving elites write economic policy. In the long run, reform would protect the Fed from undesirable meddling.

We can see from these points that The Economist is using race and gender suggestions as a foundation for even more propaganda. It wants to drain the Fed of any overt, private interest at all.

Once all private involvement or profit is wiped away, pro-Fed arguments can be advanced even more aggressively.

Here is the crux graf:

This is what The Economist is really worried about. Those who run the magazine will disguise the catastrophe of central banking anyway that they can, so long as they can preserve it.

For instance, there is no need to put quotes around “debases.” That is in fact what the Fed and other central banks do when they keep interest rates artificially low.

Monetary policy is actually price-fixing. What is there about price-fixing that The Economist finds persuasive or credible?

There is no way for free-market proponents to defend central banking. Fundamentally, The Economist – while trying to portray itself as free-market oriented – is an authoritarian publication.

It is impossible to endorse competitive capitalism while insisting on a monetary monopoly enforced by government.

Conclusion: The West and the world will begin to shift back to a more prosperous and sane economic model once monopoly central banking is abolished. Meanwhile, changing faces or even restricting banker participation is like rearranging deck chairs on the Titanic. The ship is still going down.