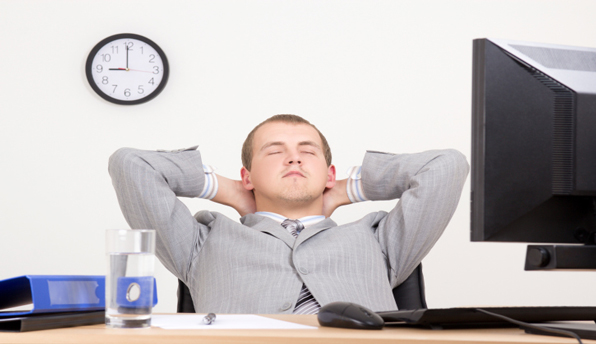 STAFF NEWS & ANALYSIS
Recognizing Government for What It Is
By Staff News & Analysis - May 21, 2014

Dominant Social Theme: There is no doubt people of good will understand what needs to be done. Governments need to be downsized.

Free-Market Analysis: Here is a mainstream media article about the necessity for governments to reduce their size and scope. It is surprising for the strong language it uses in tracking the West's current dilemma regarding expanding and divisive bureaucracies.

Nevertheless, it does not go far enough, as we'll explain. What the article DOES do however, is use frank language to describe what is occurring in the West.

For the past century, politicians have competed to give us ever more of what we want – education, health care, welfare, security and just about every imaginable entitlement, all supposedly paid for by others. But the more inducements the voters are offered, the greater their dissatisfaction.

In the UK and Europe, this week's elections will see furious voters punish established parties; in the US, the federal government now receives less support than George III did at the time of the American Revolution. This has baffled the political classes: they cannot quite fathom why voters have become so ungrateful.

Yet the reason is simple: having overloaded the modern social-democratic state with their demands, voters are apoplectic it now works so badly, failing in almost all areas. Politicians, for their part, continue to stick their heads in the sand, and have reverted to their comfort zone of utterly unrealistic or even blatantly dishonest promises about health care, living standards, job security and the rest, while presiding over huge increases in the national debt, safe in the knowledge that they won't be in power when the bill has to be paid.

Leviathan cannot deliver the goods; almost wherever one looks in the West, governments have become bloated, dysfunctional and distrusted. Regardless of which party is in charge, the welfare state has been stretched so far that it has snapped.

The ensuing disconnect between political business as usual and reality helps to explain the rise of UKIP and other anti-establishment parties. Successful countries will be those whose government choose to do less – and do it better. The state needs to be shrunk and reengineered.

Prior to the First World War, as the historian A.J.P. Taylor once observed, "a sensible law-abiding Englishman could pass through life and hardly notice the existence of the state, beyond the post office and the policeman". These days are long forgotten.

This sounds reasonable … but here is a caveat: To the degree that one supports government activism – or seeks to improve the paradigm – one is essentially supporting a system in which some are empowered to "take" from others. Another approach would be simply to suggest ways to shrink it, as radically as possible.

But this is apparently not the authors' intention. They wish to salvage it by reducing it.

1. 'The Fourth Revolution' is a straight shot against those oft-heard voices who suggest that the current dysfunction of government is inevitable. Instead, it's suggested that there have been a series of changes since the origination of the modern nation-state. Thus far, each has added value, incorporating needed adaptation to deal with changing circumstances. This is important, because it suggests that we have a greater responsibility than simply throwing up our hands and walking away from the governmental crisis in our midst.

2. Government dysfunction is endemic worldwide. There are also exemplars–at least partial exemplars–in other nations of replicable improvements. The book points to success stories from Australia to Sweden to Singapore.

3. The incapacity of Western governments to come to necessary decisions and take actions in a timely manner poses significant questions for our competitive position vis-a-vis Asian nations. In turn, it may well come to constitute a national security threat.

4. In the United States, the blessings of longstanding peace and prosperity–and having had no war on American soil since the Civil War–have enabled politics to avoid hard choices. There has been little evident cost to this sloppiness. The system has become clogged with institution piled on institution, law piled upon law, regulation piled upon regulation. Special interests proliferate amid the complexity and opaqueness. It's an open question whether the challenges of change can be met absent an existential crisis.

5. The authors rightly point out that effective government management is more difficult, not easier, than business management. As government becomes increasingly distant and specialized, fewer citizens have direct experience in it, and less reason to understand this critical fact and its implications. Bottom line: we have to take governance seriously.

6. Reform of government institutions inevitably must include stem-to-stern reconsideration of the philosophical basis for various government functions. So, too, it must take into account the real-world experience of what is now a long history of government intervention in many areas of our lives.

We can see from this review that the authors don't accept the idea that government is inevitably dysfunctional. And yet, inevitably, government is force. And force implies a kind of price fixing, a distortion of the larger marketplace.

Also, as Austrian economics teaches us, human action itself militates against government activities. When government forbids one avenue of action, human beings may discover others that circumvent what was intended to generate an entirely different outcome.

The paradigm the authors seem to be working with is likely flawed. According to the article, they write that the West has undergone three-and-a-half political revolutions. But there is still the fourth to complete.

The authors claim that the final, "incomplete" revolution can be realized by applying reforms from other countries such as Singapore, Sweden, Brazil and even China. They also believe that "technology is the other big hope" to make government more efficient.

Yet article feedbacks are in many cases skeptical and perhaps correctly so. Some are quite enlightening, especially one concerning Singapore that claims the efficiency of the Singapore welfare system is made possible not by government competence but by strong familial networks.

Likewise, the idea that Brazil and China are leading the way into the future of enlightened governance is questionable. Both these countries have achieved a modicum of prosperity via enormous central bank money printing – but this does not imply that the bureaucracy is enlightened or that public service professionals can create sustainable improvement in governance, especially once the current asset bubbles are punctured.

The authors are correct that Internet "technology" indeed offers hope for a different way of organizing society. But it is the Internet itself that is causing the distrust that the authors are analyzing and suggesting remedies to.

In fact, their conclusions seem unbuttressed by a fundamental truth … that 'Net information itself has exposed Leviathan for what it is. Current attitudes in the West are a result of what may be termed an "inconvenient truth-telling."

This can certainly be remedied, at least in part, by radically shrinking the modern paradigm of regulatory democracy. But in this case, the authors' attitudes seem hopeful – even "optimistic" (as the above Amazon reviewer puts it) – that some form of regulatory democracy can be the average citizen's ally when there is no real reason, at least in the modern era, to be sympathetic to what government is or what government does.

Governments murdered something like 150 million people in the 20th century in a variety of ways. One can certainly approach governments as "necessary" (given human nature) but we would suggest that the appropriate terminology would be "necessary evil" not "necessary good."