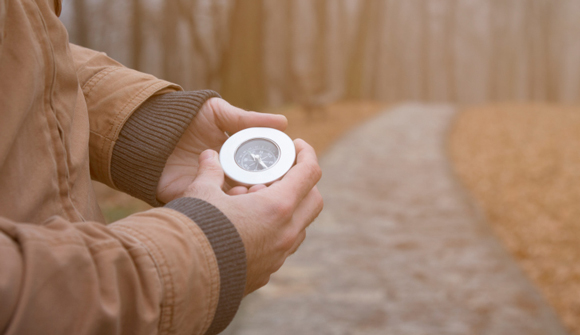 STAFF NEWS & ANALYSIS
Reconciling Oneself With the Direction of the US
By Daily Bell Staff - January 19, 2016

"This is personal," Florida Sen. Marco Rubio told an estimated 300 people at the Hilton Garden Inn … It was foreign affairs that really got Rubio going claiming Obama is cutting "deals" with the enemies putting Americans in harms way, he said. "If you take an American as a hostage, Barack Obama will cut a deal with you (for release)." America must stand strong with a larger military, he said, "Weakness invites danger, violence, war." – Nonpareilonline

Dominant Social Theme: America is perpetually at war and should stay that way.

Free-Market Analysis: GOP warmongering is increasingly a problem from a civil society standpoint. With Ron Paul out of the race and officially retired, lofting the banner of military non-interference abroad fell to his son, Rand Paul.

Rand has done his best, though he has differences with his father and his stance on non-intervention is somewhat more nuanced. But past Paul, the dialogue barely exists.

We can see in the excerpt above that Rubio is not satisfied with the US's $600 billion per year Pentagon budget. He wants additional funds, citing the potential for US "weakness."

As a recruitment tool, ISIS is posing members as refugees seeking entry here, Rubio said. Under his direction, no refugee will enter without 100 percent certainty of that person's identity and peaceful intention.

He also added Clinton should be disqualified as commander-in-chief for her inability to handled classified information and for lying to the families of the victims of the Benghazi attacks.

As we can see, when it comes to foreign policy, Rubio is not one to see shades of gray. He values strength and expects the "commander in chief" not to waver when confronting world challenges.

Rubio's language in this regard is somewhat bellicose, though he doesn't seem substantially different than most of the GOP candidates with the exception of Rand. It also seems a tad illogical. Since the US spends more on weapons than any other country – hundreds of billions – it is difficult to understand why Rubio believes the US is in danger of becoming weak.

Someone who might provide answers is David Stockman who recently penned an article entitled, "The Warmonger's Brawl – How the GOP Is Deserting Free Markets, Sound Money and Fiscal Rectitude."

In their lust for war, the GOP candidates to a man forgot why the Republican party even exists. In remonstrating noisily for even more of Washington's imperial overreach abroad, rather than attacking its bloated and intrusive aspect at home, they forced the American people to abandon any hope for the restoration of fiscal rectitude, sound money and free markets.

… let's cut to the chase. You can't let these clowns off the hook—and Senator Rubio and Governor Christie are far the worst—on the grounds that this is just election time grandstanding.

To the contrary, GOP politicians have become so steeped in defense pork barrel mendacity and the shrill Islamophobia rampant in Imperial Washington that they have become mindless megaphones for the Warfare State.

Stockman, who served in the upper reaches of the Reagan White House surely knows what he is talking about. The key to understanding Rubio's hawkishness lies in the last paragraph, just excerpted. It's "pork barrel mendacity," a rhetorical device that extracts hundreds of billions a year from the American taxpayer.

There is simply no getting around it. If you take a rhetorical position decrying "pork barrel spending," you'll alienate vast swaths of important DC constituencies. This will probably prove terminal for your hopes to become president. It might even kill your career altogether. In extreme cases it might kill YOU.

With so much money, prestige and power at stake, those at the top do not look kindly to challenges. At the top it's an extremely tough racket. These people deal in murder for hire and fortunes are amassed from shedding the blood of innocents. That may sound harsh, but the Pentagon expects civilian casualties when it goes to war and has elaborate methodologies in place for purposes of damage control.

Broadly speaking, the warfare-welfare state is the engine powering modern America. It wasn't always that way but the US is a republic in name only these days. This warfare-welfare engine is just what powered the Roman Empire and others besides. No difference. We have arrived at the historical status quo.

In fairness to Stockman and despite the intimations of the title of his article, he doesn't hold out much hope that things are going to change.

At the end of the article, he asks: "Will any GOP administration that needs to allocate massive new resources to the bloated $600 billion defense budget we already have in order to carry out their strenuous interventionist objectives abroad be able to repeal Obamacare, balance the budget, reform and curtail the big entitlements or bring the Fed to heel? Not in this lifetime."

Case closed. We like to think that historical trends can be reversed but, unfortunately, they only flow one way to a logical conclusion. Sooner or later the US will be bankrupt in every sense of the word, its citizens denuded, its resources spent to the nub.

Those who live in the US can do little about this state of affairs. Politics certainly doesn't offer any hope. Citizens elect the man or woman whose rhetoric is the most sensible. But Leviathan is a mighty mass, anchored in the very fibers of human psychology. There is no way even for the most committed and eloquent politician to affect its course.

This is why we regularly caution that one needs to look to one's personal "human action" to make a difference in this society and at this time. Do what you can every day to protect your prosperity, your pocketbook and your family. Don't expect a miraculous reversal of the negative trends affecting the US's global posture or its domestic politics.

Visualize the US as a train and understand it is moving down the tracks in only one direction. Your choice is to ride it to its ruinous destination or to get off as soon as you can. We recommend the latter.