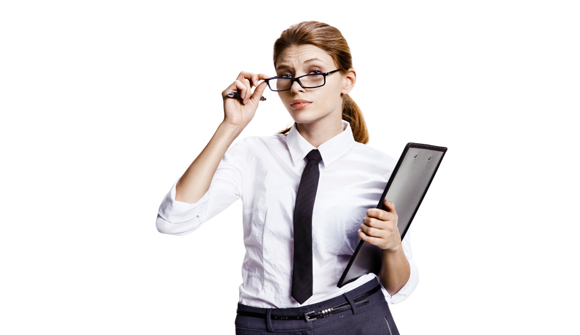 Regulating the Regulators … U.S. lawmakers say they want regulators — notably, financial regulators — to weigh the economic impact of their actions more carefully. That's actually not a bad idea, as long as it doesn't end up neutering rules that the economy badly needs. With the stated goal of reducing red tape and a modicum of Democratic support, Republicans in Congress have introduced several bills that would force regulators to justify themselves. If enacted, the legislation could make detailed cost-benefit analysis mandatory for the Federal Reserve and other agencies that have been struggling to implement the 2010 Dodd-Frank financial reforms. – Bloomberg

Free-Market Analysis: This is one of those articles that in our humble opinion starts with a false premise, one that is enunciated at the very bottom of the article:

In any event, financial regulators shouldn't be afraid of cost-benefit analysis. If it's done well, it serves the cause of good policy. They should be leading the way.

We would take issue with this statement. Regulation cannot be done well for reasons we will explain. And regulation does not and cannot "serve the cause of good policy."

The Environmental Protection Agency has done rigorous economic-impact assessments for more than 30 years, and it has done a lot to advance the techniques. Done right, by the way, such assessments might toughen, rather than weaken, financial regulation. Eric Posner of the University of Chicago argues that properly weighing the cost of rules on bank capital against the benefit of a more resilient financial system would call for a tightening of the current requirements.

The EPA is well known for its nonsensical rulemaking that basically justifies land grabs to ensure that this or that endangered species survives a little longer before passing on. There is no "cost benefit" analysis that can rationalize much of what the EPA does.

Wait! … Cost-benefit analysis is an excellent discipline, the article tells us. But then it has the grace to admit that the application isn't straightforward. That's because cost-benefit analysis must be forward-looking and there are no facilities within the analytical toolbox that allows one to look forward with any level of confidence.

Here's a definition of cost–benefit analysis From Wikipedia:

Cost–benefit analysis (CBA), sometimes called benefit–cost analysis (BCA), is a systematic approach to estimating the strengths and weaknesses of alternatives that satisfy transactions, activities or functional requirements for a business. It is a technique that is used to determine options that provide the best approach for the adoption and practice in terms of benefits in labor, time and cost savings etc. The CBA is also defined as a systematic process for calculating and comparing benefits and costs of a project, decision or government policy (hereafter, "project").

To determine if it is a sound investment/decision (justification/feasibility) … To provide a basis for comparing projects. It involves comparing the total expected cost of each option against the total expected benefits, to see whether the benefits outweigh the costs, and by how much.

CBA is related to, but distinct from cost-effectiveness analysis. In CBA, benefits and costs are expressed in monetary terms, and are adjusted for the time value of money, so that all flows of benefits and flows of project costs over time (which tend to occur at different points in time) are expressed on a common basis in terms of their "net present value."

If the above sounds both ambitious and fuzzy, that's because it is. The next paragraph gives the game away:

The value of a cost–benefit analysis depends on the accuracy of the individual cost and benefit estimates. Comparative studies indicate that such estimates are often flawed, preventing improvements in Pareto and Kaldor-Hicks efficiency.

You see? The article itself admits the truth: It is simply impossible to estimate benefits with any degree of accuracy. One's statistics will always be guesses and the further out you go the more apt you are to be incorrect. Likewise, your costs will eventually be wrong as well. Various factors may intervene causing costs to move up and down in ways that were not predicted.

The article goes on to admit the science isn't "settled" and thus making laws this way is "hazardous." To counteract this hazard, the article suggests that the White House Office of Information and Regulatory Affairs be put in charge of the analysis.

OIRA has "long overseen the cost-benefit analyses conducted by the EPA and other federal agencies." Currently, it does not supervise financial regulators, but the article suggests that its authority could be expanded by executive order.

This is meant to sound encouraging, but it brings us back to the central element of the issue: All elements of a prediction are manufactured from backwards-looking indices.

And it gets worse: Laws themselves are price fixes, yielding up uncertain and often unexpected results. Neither the cost-benefit analysis itself nor the law will provide anything remotely approaching initial expectations.

Such observations unfortunately are not hypothetical. Regulatory democracy is increasingly centralized and sclerotic. Societies and facilities are made more fragile by regulations that force institutions to act in certain, predictable ways.

From a financial standpoint, regulations strip professional investors of the ability to provide clients with alternative strategies. The end result is that most institutions are forced to align themselves in a certain manner when it comes to investment operations, and this aggravates market downturns when they eventually occur.

The current marketplace seems to us to be a noxious brew of rigid regulations, monetary stimulation and currency manipulation. If the market sustains its progress in 2015, fortunes will be made but this over-stimulated atmosphere will eventually lead to a significant and terrible downturn.

Regulations – especially financial ones – yield up destructive outcomes no matter the discipline applied. Regulators do not need to be regulated; they need to be reduced.