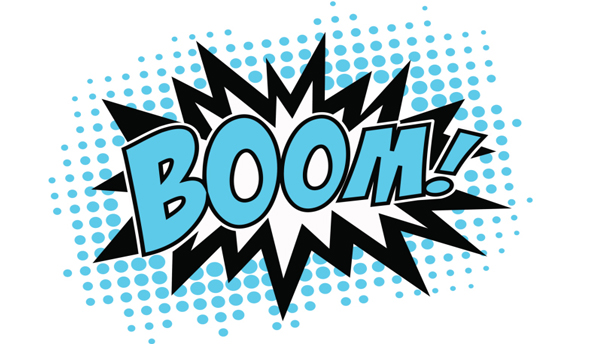 STAFF NEWS & ANALYSIS
Republican Establishment On Brink of Imploding Once More
By Staff News & Analysis - May 14, 2014

Rubio Has Blunt Words on Climate Change, Hillary Clinton … Florida Sen. Marco Rubio told ABC's "This Week" that he believed he was ready to be president and would take an all-or-nothing approach to running if he does decide to go ahead, while also sounding skeptical notes on climate change and Hillary Clinton's tenure as secretary of state — two likely hot issues in 2016. – AP

Free-Market Analysis: In this past presidential election, the Republican Party establishment brain trust was so worried about libertarian Ron Paul that the party furiously staved off the congressman's bid before settling on the more establishment friendly Mitt Romney.

Of course, they might have well have settled on Puff the Magic Dragon, as Romney's candidacy soon went up in smoke, and the result was the election of Barack Obama.

The fundamental problem faced by Republican insiders is that the libertarian strain in US politics is a dominant one. When one adds up both democratic and republican libertarians, it can be seen that this worldview is immensely popular. How could it not be? Most people do not enjoy high taxes, rapid price inflation, unemployment, serial wars, virtually untrammeled regulation and all the other features of the current regulatory democracy.

And when it comes to this sort of social organization, the negatives are rapidly outweighing the positives. There is only so much redistribution that can be offered; a collapsing economy cannot simply be redistributed into comity. At some point, enough people will have had enough.

This is one reason that we have predicted the rise and possible victory of someone like Rand Paul. Ronald Reagan came along after the Jimmy Carter years and his rhetoric, if not his actions, took the edge off the libertarian fever of the time. Margaret Thatcher did the same thing in Britain. Presumably, someone like Ron Paul's quasi-libertarian son Rand Paul could provide the same sort of service to those dedicated to maintaining the current system.

But … perhaps not. This Internet Era may be fundamentally changing the cyclical nature of US politics – though this unpleasant fact is not apparent, obviously, to GOP bigwigs. While Rand Paul might be seen as the obvious choice of most Republicans, party honchos are busy providing platforms for far more big-government oriented politicos. These include Jeb Bush, Chris Christie and Marco Rubio.

All three of these individuals come with significant baggage. Jeb Bush is weighed down by the family name and the performance of his brother in the US's highest office. Chris Christie is still dealing with accusations pertaining to purposefully adding to traffic chaos around the George Washington Bridge for purposes of political payback.

Finally, there is Marco Rubio whose pro-immigration policies have earned him the wrath of a substantial portion of the Republican electorate. Rubio was so unpopular at one point that it was felt by many analysts that he would find it very difficult to resuscitate his once-promising career as a young star of the libertarian Tea Party faction of the Republican Party.

Instead, Rubio took a step toward the party's more mainstream conservative elements by choosing to reestablish his Republican bona fides via a more "muscular" foreign policy approach. A recent article in the National Review describes it thusly:

Is Marco Rubio Becoming the Anti-Rand? Republicans have a chance to recast their foreign policy brand in 2016. Isolationists have their leading man. Who will go up against him? …

Marco Rubio had heard enough from his Senate colleague, and when the time came, the senator from Florida delivered a harsh reprimand.

"If this nation is not firmly on the side of human rights and freedom and the dignity of all people, what nation on the Earth will? And if we're prepared to walk away from that, then I submit to you that this century is going to be a dangerous and dark one."

In that moment, Rubio was on the Senate floor, rebuking Democrat Tom Harkin of Iowa for his acclaim of Cuba. But it's not difficult to imagine Rubio, sometime in the not-so-distant future, aiming such an admonition at another senator: Rand Paul.

As the 2016 Republican presidential race simmers beneath the surface, contenders are beginning to carve out policy identities that can be sold to voters and campaign donors. Nowhere will this positioning be more unpredictable than on the subject of foreign policy … Enter Rubio. The Floridian claims to reject the "obsolete" labels of hawk and dove, interventionist and noninterventionist.

But the common theme … is articulating a strong America that is active and engaged in every part of the world. His takedown of Harkin was just the latest example, and the response—the speech registered a quarter-million YouTube hits within 72 hours and was raved about in GOP circles—showed the hunger in the party for someone to rebut the nascent libertarian wing. Whether intended or not, Rubio's speech may have signaled the beginning of the anti-Rand auditions for 2016.

No doubt, the Republican establishment is comforted by Rubio's emergent stance as the Anti-Paul. But taking a longer view, this positioning may not end up benefiting the Republicans. Eventually, the establishment may force the selection of a candidate that reflects party politics but not the larger nation's.

Robert Reich has a fairly stunning analysis of where all this is leading Republicans. It was posted at the Morning Call and places the current election jockeying in the starkest terms. Here's his conclusion:

Dozens of major GOP donors, Wall Street Republicans and corporate lobbyists have told Politico that if Jeb Bush decides against running and Chris Christie doesn't recover politically, they'll support Hillary Clinton. "The darkest secret in the big money world of the Republican coastal elite is that the most palatable alternative to a nominee such as Senator Ted Cruz of Texas or Senator Rand Paul of Kentucky would be Clinton," concludes Politico.

Says a top Republican-leaning Wall Street lawyer: "It's Rand Paul or Ted Cruz versus someone like Elizabeth Warren that would be everybody's worst nightmare."

Everybody on Wall Street and in corporate suites, that is. And the "nightmare" may not occur in 2016.

But if current trends continue, some similar "nightmare" is likely coming within the decade. If the American establishment wants to remain the establishment, it will need to respond to the anxiety that's fueling the new populism rather than fight it.

This doesn't directly mention Rubio but the political calculus applies to all the more mainstream or "conservative" candidates. Just as six years ago when the party tapped Romney to run what would be obviously a losing campaign against Obama, so once again establishment Republicans would prefer to lose the election than to allow the libertarian wing to triumph – and potentially run off with the national election, too.

The Republican establishment will apparently sacrifice the party itself to fend off freedom.