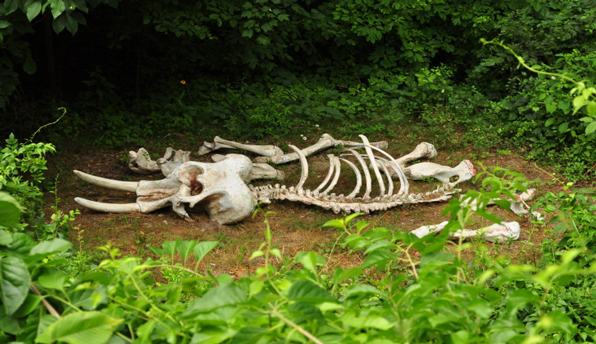 Treasury Secretary Jack Lew Warns Time Is Running Out To Lift Debt Ceiling … Says U.S. will be unable to pay its bills past end of February if Congress doesn't raise debt ceiling … The Treasury Department will run out of "extraordinary measures" to keep the government afloat by the end of February if Congress does not act to raise the debt limit, Treasury Secretary Jack Lew said in a statement Monday. The temporary suspension of the debt limit passed by Congress last year expires Feb. 7, but Lew warned that the Treasury would only be able to stave off a government default using "extraordinary measures"—accounting maneuvers such as deferring trust fund investments—for a "brief span of time." – TIME

Dominant Social Theme: Please make sure there is no debt ceiling default. It would be terrible.

Free-Market Analysis: Again, we are exposed to debt limit warnings.

In truth, the US Treasury Department along with the Federal Reserve can print as much money as necessary to stave off a default. Of course, inevitably this would result in price inflation, but the endless arguments over the "ceiling" would abate for at least a little while.

More pertinently, Congress could gradually reduce expenditures. This would be sensible, provided that reductions included cuts in the budget of the US military-industrial complex. Unfortunately, reductions tend to fall primarily on social programs, thus presumably hurting the poorest US citizens.

"We now forecast that we are likely to exhaust these measures by the end of the month," Lew said. The statement calls on Congress to act quickly to increase the debt limit so that the government can borrow the money it needs to keep functioning, and warns that delayed action could have serious financial consequences.

Last year's debt stand-off caused a plummet in consumer confidence and rattled financial markets. Lew also warned that only Congress can increase the government's borrowing authority, and "no Congress in the history of the United States has failed to meet this responsibility."

Anticipating a Republican argument that raising the debt limit should be tied to spending cuts, Lew reminds Congress that the debt limit is about "paying bills that have already been incurred," and that refusing to raise the ceiling won't make the bills go away.

Lew's statements parallel various Republican pronouncements regarding a new amiability when it comes to the debt ceiling. After the previous fight – which saw Republicans trying to gain political leverage via the debt ceiling – the Republican leadership has taken to emphasizing the futility of such tactics.

A recent article in the UK Guardian explained the current stance of the Republican leadership:

The debt ceiling crisis in 2011, in which Republicans demanded spending cuts in return for increasing the ceiling, prompted a volatile reaction in the markets and contributed to the first downgrade in the credit rating of the US government in history. A similar crisis in October 2013, linked to the Republican-induced government shutdown, was only averted when Congress passed a resolution postponing the debt limit until February 2014.

The debate over what to do next is gathering pace in Washington. Republican leaders are exhibiting little appetite for another showdown, although they have kept their powder dry by refusing to rule one out.

October's shutdown damaged the GOP's standing in opinion polls, compounding the party's reputation for obstructionism. Senior Republicans fear that another high-stakes confrontation could count against them in November's midterm elections.

"We know what the obstacles are that we face, but we believe that defaulting on our debt is the wrong thing," John Boehner, the Republican speaker of the House, said on Thursday. "We don't want to do that."

Republican leaders are attempting to redefine the party's image ahead of the elections, emphasising their desire to work constructively with Democrats and the White House. Paul Ryan, the influential GOP congressman from Wisconsin, has in recent days appeared to row back from hints of another debt ceiling showdown.

… Ted Cruz, the Texas senator who is an inspiration to many Tea Party-aligned congressmen, is calling on his party to take an aggressive stance. "We should not raise the debt ceiling without significant structural reforms that address the out of control spending and out of control debt in Washington," he told a Bloomberg breakfast last week.

These last two grafs are important ones within the context of this debate. On the one hand, we read that "Republican leaders are attempting to redefine the party's image," and on the other, we read that one significant Republican – Ted Cruz – is calling for a more aggressive stance.

We see this as a metaphor for larger issues that the Republican Party is facing. As we have analyzed on numerous occasions, the Tea Party movement that party officials are constantly discounting remains potent. It is not a political movement so much as an inchoate but fervent yearning for the freedom of earlier US exceptionalism.

Republicans discount this powerful and growing movement at their peril. In fact, given its potency, it is very difficult to figure out how Republicans intend to "redefine" the party image by becoming more accommodating to their Democratic adversaries.

Here are some statistics that should shed light on the reality of the Republican decision-making. First of all, there is President Barack Obama's popularity rating that is down in the very low 40s compared to a disapproval rating that is well over 50 percent. (Actually, Obama's positives are probably even lower as mainstream polls tend to understate the resistance to his performance.)

Meanwhile, Congress's ratings are disastrous, hovering around 10 percent in terms of approval. So what exactly does the Republican Party want to redefine? They believe if they move closer to Democratic positions that they will IMPROVE their political standing? The numbers obviously tell another story.

It doesn't make much sense. What is going on is surely politics as usual. Call it directed history, as senior leaders seize any opportunity to move back to the middle of the modern political spectrum.

Instead of real change – surely impossible within the current paradigm – we get an elaborate political dance that will seize on any justification to maintain the status quo.

Outside of the political bubble lurks a wider and wilder Tea Party movement composed of many who no longer believe in the party system and increasingly will try to build separate solutions via individual human action.

It is this growing group – surely in the millions – that the Republican Party ought to be appealing to; instead, the Party's leaders are "redefining" themselves toward their Democratic rivals. This surely shows the obvious unseriousness of the mainstream GOP and its continued and even increasing dysfunction. It's not really a party at this point so much as a wing of a larger elite, globalist consensus.

The trouble is that in this Internet Reformation era, the justifications for GOP stances are easily analyzed and repudiated. And this in turn puts the entire two-party system in jeopardy. If something doesn't change, sizable segments of the US population will peel away. In fact, we would believe that is exactly what is going to happen.

The debate over the debt ceiling may soon have been resolved in favor of practical realities on the ground. But a broader perspective reveals that the real picture is a good deal more complex and probably tilted in the opposite direction.

We don't see any near-term resolution, either, for the gratuitous – intentional – misunderstandings that infect the top levels of both parties. And that indicates there will be a good deal more turmoil at some point, probably sooner rather than later.