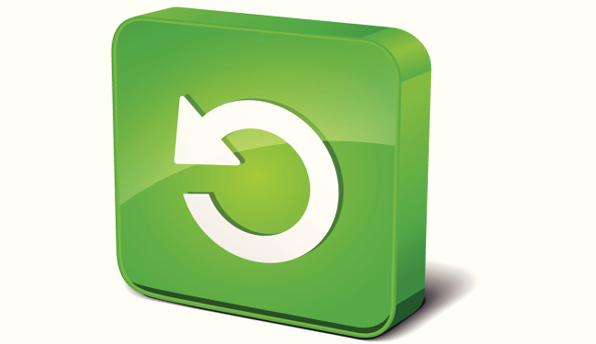 'Don't ask for privacy, Take it back': Anti-NSA #ResetTheNet campaign kicks off … Internet activists and rights groups have launched a massive online campaign against mass government surveillance, urging users and websites to use encryption. The campaign's inspiration – NSA whistleblower Snowden – has called to join ResetTheNet. … A year to the day since the first revelations of the US National Security Agency's (NSA) warrantless and huge-scale web surveillance were published in the media, the international June-5 campaign for data encryption kicked off. Hundreds of websites and organizations, including Reddit, Imgur, Mozilla, Greenpeace and Amnesty International are promoting the campaign with a splash screen, which everyone can install on their pages by adding a script. – RT

Dominant Social Theme: The people will take back the 'Net.

Free-Market Analysis: Excuse us for being cynical, but this is not the way real change occurs. This is kinda … Hollywood change, where large groups get together spurred on by "leaders" and society evolves in ways that are admirable and well-intentioned but ultimately ineffective.

First of all, Edward Snowden, for all his heroism, seems a somewhat dubious whistleblower, in our humble view. He's certainly let billions of people know that they are under surveillance, but we have already voiced our sneaking suspicion that this has mostly benefitted the "spook" community itself.

After all, if you're a NSA official and you've built this superb spying apparatus, you've got a problem if no one knows about it. It's fine to spy on millions – billions – but part of the program, an important part, is intimidation. If you want to control populations and make them fearful, they have to know they are being acted upon.

Enter Snowden. We're not in a position to know – or to report on – how deliberate Snowden has been in his whistleblowing endeavors. Perhaps he is merely a patsy. Or maybe he is malicious.

Anyway, the upshot is the same. Everyone knows they are under surveillance now, thanks to Mr. Snowden, and that is actually to the benefit of those who have launched these vast surveillance facilities. The American Empire is regnant the world over, and that reality has been reinforced.

If you've ever done or said anything that can be construed as flouting "the law" your behavior can be used against you and presumably your inappropriate comments have been retained for a digitalized eternity.

And yet … we don't believe this, either. We think a good part of the NSA revelations are exaggerated and that the capabilities of the NSA have been grossly distorted for the same reason they were reported on to begin with.

The idea is to intimidate, not report. And the target is not terrorism but Western middle classes, the individuals most likely to stand in the way of the increasing centralization of government and military and civilian power that globalists continue to plan.

And now there is #ResetTheNet, the organized resistance …

Thousands of social network users are readying to bombard Twitter, Facebook and Tumblr with a giant 'Thunderclap.' More than 9 million of people are within the reach of the action, and it is hoped some will spread the word further.

Initiated by Fight for the Future, the campaign does not simply aim to raise awareness of the encryption means necessary for secure communication online – it actually provides a detailed list of tips and software for both mobile and desktop operating systems.

The listed tools and services do not promise 100 percent immunity against NSA snooping – but they are said to be able to make mass state surveillance difficult and economically not viable.

US Internet giant Google, which initially refrained from joining the campaign, has been added to the list of participants, with a note saying that the company will be "releasing email encryption tools and data, and supporting real surveillance reform."

The former NSA contractor and CIA employee Edward Snowden, who in June 2013 blew the whistle on the relentless US government surveillance at home and abroad, on Wednesday issued a statement in support of the campaign.

"One year ago, we learned that the Internet is under surveillance, and our activities are being monitored to create permanent records of our private lives – no matter how innocent or ordinary those lives might be," Snowden's statement said.

"Today, we can begin the work of effectively shutting down the collection of our online communications, even if the US Congress fails to do the same. That's why I'm asking you to join me on June 5th for Reset the Net, when people and companies all over the world will come together to implement the technological solutions that can put an end to the mass surveillance programs of any government. This is the beginning of a moment where we the people begin to protect our universal human rights with the laws of nature rather than the laws of nations," Snowden added.

Snowden's words are eloquent and we wish we could take them at face value. But we look at who is behind this movement – or at least supporting it – and we notice various US elements that are part of the problem, from our point of view, rather than the solution.

In fact, we'd feel a good deal better about the above activities – as well intentioned as they may be – if they weren't receiving the support of such US intel-penetrated facilities as Facebook and Google. Both of these entities may have received initial investments from CIA-affiliated incubator funds and the idea that they are now supporting a movement to reduce surveillance seems a bit … contradictory.

As we've pointed out before, real change is going to come via self-education and individual human action. This may sound like a slow and ineffective methodology but it is the only way that progress will occur.

As people gain a frame of reference regarding modern manipulations, they may withdraw approval and even cooperation with the most egregious elements of the modern model: Its vast price-fixing, serial warring and corporatist dirigisme.

Yes, there are ways to generate a more equitable prosperity that do not depend on the current model and are, in fact, antithetical to it.

Our controllers have spent a great deal of time, money and energy convincing us that our lives are marked by increasingly fierce scarcity that can only be alleviated by the internationalist facilities such as the UN, IMF, World Bank, etc. But what we call the Internet Reformation remains viable and is likely expanding.

Those who do not wish us to partake in this sort of enlightenment will continue to launch gambits such as this one. (And certainly we support them to the degree that they actually work.) But it is a deeper change that may be coming.