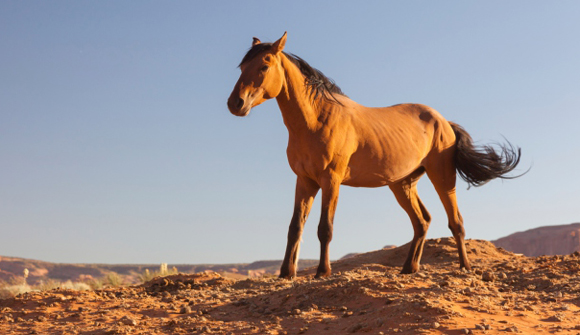 Deficit and Debt Are Caused by Baby Boomers, Not Socialism … Yesterday, the nonpartisan Congressional Budget Office (CBO) released a lengthy report proposing 103 ways to cut the federal deficit. The report contains plenty of red meat for partisans – from block-granting low-income assistance programs for savings of $404 billion over the next decade, on the right, to imposing a greenhouse-gas tax raising more than $1 trillion (more deficit-reduction than any other option), on the left … If we want not to leave the country in hock a generation from now, it is therefore this generation that must change. Both parties envision passing the buck to younger Americans 25 years from now, whether through denuded entitlements (Republicans) or increased taxes (Democrats). If those burdens started falling now, instead, on the generation just reaching retirement age – and thus at the peak of their earnings and wealth – through entitlement trims or tax contributions targeted to those who can best absorb them, the necessary sacrifice would be smaller and, of course, fairer. (Just asking today's top1 percent to start paying for their Social Security and Medicare like everyone else would generate $470 billion – a significant bite out of the problem.) In short, it's up to those now graying to save the country from the Grecian Formula. – US News and World Reports

Free-Market Analysis: This article is a good example of how modern US journalism in the mainstream media frames problems and solutions to come up with answers that are increasingly irrelevant.

In truth, the US deficit, money printing and monetary inflation are out of control – but not as reported. This article frames the problems in such a way as to suggest that the current system is intact and, with some good will and tenacity, the Baby Boomers in charge can solve even the most significant challenges and avoid a country-wide bankruptcy.

Is this really so? The main point of the article is to be found in its title: The nation's plight is the result of a lack of discipline and is neither systemic nor insolvable. Baby Boomers need to summon the willpower to make lifestyle changes that are reflected in budgetary provisions. They need to cut some costs and even more importantly raise some additional tax revenue.

By framing the issue this way, the article does seem to place the onus on the generation now in charge to find the requisite courage to cure their nation-state. Here's more:

But CBO's analysis is most instructive on the question that precedes all that: Should we cut the deficit? First of all, the CBO report makes clear that the rampaging deficits of President Obama's first term were driven largely by the demands of the recession and thus are fading now: The recovery and recent budget deals have dramatically reduced the deficit from nearly 10 percent of gross domestic product when Obama took office to only about 4 percent today.

Without further policy changes, it will fall to only 2.1 percent in the next two years. The combination of falling deficits and swelling economic growth means that debt as a share of GDP has now shrunk to 73 percent and will fall further to 68 percent by 2018. The notion that the deficit is so excessive that the U.S. is the next Greece is thus dangerously erroneous.

But the economy, while not exactly booming, is also doing well enough for us to begin thinking about winding down the deficits' stimulative effect. In fact, the CBO makes clear that, in the long term, the budget deficit – and, more crucially, the level of public debt – explodes.

… Factoring in that economic harm – and, even worse, the likely self-inflicted wounds from extending current policies – would result in federal debt reaching 190 percent of GDP by 2038, CBO projects. Now, that ought to turn everyone's hair gray. In fact, as the report also makes clear, it's graying – not the alleged socialism of the Obama administration – that already drives these numbers.

That brings us to what can or must be done. I've suggested that we can probably eliminate about half the deficit long-term through cuts that the vast majority of Americans, left or right, wouldn't complain about, and, in fact, many if not most of the options raised by the CBO should be largely uncontroversial.

But some tough choices remain, and the CBO report reminds us of some basic math of which every American should be aware: Social Security, Medicare, and Medicaid (which has grown from being the health care program for the poor into primarily the long-term care program for the middle class) consume half the budget, and will grow to nearly two-thirds over the next 25 years. In other words, programs for Baby Boom retirees are the primary driver of the debt problem.

Do any of our regular readers agree with the above? Will tomorrow's US be similar to today's? Will it even exist?

There are forces that militate against the current system. In fact, we tend to believe the US's real problem is its out-of-control military-intel-industrial complex. You don't find that mentioned here, of course. This is a clinical analysis focused on the US government as expansive only because those in charge want to "help" people.

The idea seems to be that if fedgov were less compulsively generous and allowed for further targeted, technocratic taxation, Baby Boomers could right the ship of state. As this out-of-control generosity continues to haunt the legislative process, Baby Boomers will have to muster the courage to combat it.

Thus, the article has framed the problem. There is no discussion of the vicious war in Iraq or the decade-long struggle in Afghanistan that is reputed to have cost some US$6 trillion – though as usual no one knows because there will never be a valid accounting.

What about the construction of the surveillance state that now gathers information apparently on every man, woman and child in the US on a regular – compulsive – basis? And what about the CIA's covert wars that are destabilizing the entire Middle East under cover of "youth revolutions"? These are expensive efforts, as well, that will cost hundreds of billions, and then trillions, over time.

Snowden's revelations – whatever else they have done or were meant to do – have shown clearly that top US leaders are intent on creating an Orwellian world not just in the US but also throughout Europe.

Authoritarianism is endlessly expensive and feeds upon itself. It is a closed loop of psychic violence. Those who have created and expanded this sort of governmental enterprise will be driven to yet more control and incipient violence by fear that "enemies" will strike back. Eventually, everyone becomes an enemy. And that's expensive, indeed. And eventually, insupportable.

The article persists in treating what ails the US (and the West) as overspending. A combination of taxation and deficit pruning are all that is needed to recreate a stable and prosperous society.

Like so many mainstream jeremiads, this is surely intended to soothe the masses while confusing them. It is like a conjuror's trick. As an all-encompassing Leviathan is created incrementally and relentlessly, we are directed to discuss budgetary matters that will actually have little impact on larger authoritarian trends.

The article should be asking, who will want to live in the United States – solvent or not – if the larger issues of a nascent Surveillance State remain unrectified? How is it that Homeland Security buys 1.5 billion hollow point bullets and never properly explains the purchase? How is it that the West continues to wage unpopular and unnecessary wars? How is it that taxes and regulations pour out of Western governments with no possibility of diminution?

These are the big issues facing the US and the West today. The intrusive nature of the military-intel-industrial complex and why it has grown so steadily and aggressively is the major problem of our day. To write about the US economy as if it were merely a matter of technocratic – numerical – jigging of certain numbers is disingenuous.

The US is long past its heyday as a 20th century technocratic state. The forces in play now are destabilizing and destructive. What Baby Boomers need to worry about is how to retain and bolster their rapidly vanishing freedoms.

A free people can take control of its destiny. The unfree cannot.