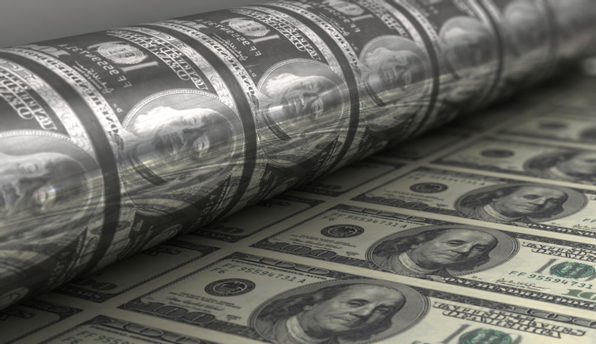 Yellen shows her hand … Yellen said this week that she is more worried that a shock to the economy might lead to deflation — a debilitating spiral downward in prices and demand — than rampant inflation. Those who cling to old certainties about the economic notions that dominated policy between the 1980s and late 2008 find themselves today tilting at windmills such as the likelihood of a return to high inflation. – Reuters

Free-Market Analysis: This Reuters editorial presents the reality of Yellen's upcoming Fed regime. Peter Schiff and others – including The Daily Bell – were correct.

There is not going to be any radical tightening at the Fed.

Supposedly, Yellen was going to cease quantitative easing. But QE is simply a strategy and whether or not it continues does not necessarily have an effect on the larger money-printing environment.

This article tells us what is probably the truth about the Fed regime: People misinterpreted Yellen's initial remarks on the subject. Just because she is departing from Ben Bernanke's goal-based employment doesn't mean Yellen is departing from the idea of printing currency to create jobs.

The idea of keeping interest rates artificially low while finding ways to inject increased currency into the economy is a purely Keynesian approach to prosperity.

When recessions are shallow, additional amounts of currency in large doses can have an economic influence. But today's Great Recession is fairly impervious to this sort of stimulation.

That doesn't mean Yellen is stopping, however. The entire central banking paradigm is built around injecting funds into the economy.

It's a very simple procedure, but the mainstream media makes it sound complex.

Central banks are therefore always printing currency in excess of what the economy needs. And really it cannot be any other way. The modern debt-based system runs on adding significant amounts of paper into circulation.

Yellen was never going to do anything differently. Here's more from the Reuters article:

The difference between the Federal Reserve Board of Chairwoman Janet Yellen and that of her immediate predecessor Ben Bernanke is becoming clear. No more so than in their approach to the problem of joblessness. Bernanke made clear that in the post-2008 economy, his principal goal was the creation of jobs, not curbing inflation. He settled on a figure, 6.5 percent unemployment, as the threshold that would guide his actions.

… Before scampering off to sell their stocks, the traders would have done well to wait to read the full Fed statement that revealed there had been a secret session of the Fed board on March 4, a week before the full session.

The minutes of that meeting reveal the board's interest in "qualitative language" about jobs that focus "on a broader set of economic indicators" — that is, seeing the true unemployment picture beyond the bald percentages. As the minutes show, the board was concerned to avoid "uncertainty associated with defining and measuring the unemployment rate and the level of employment that would be most consistent with the Committee's maximum employment objective."

Reiterating that policy in a speech Wednesday, Yellen declared, "there is little question that the economy has remained far from maximum employment."

… The … recovery has been long, slow and sluggish. It was perhaps no more dilatory than the snails'-pace recovery of the 1930s, the last time the world economy careered off a cliff.

… By far the most effective way of stimulating the economy and creating new jobs, as former Treasury Secretary Lawrence Summers told new graduates at Smith College recently, is for the federal and state governments to spend freely on infrastructure.

Money has never been cheaper; labor has never been cheaper; there is no risk of inflation; the new facilities, whether roads, schools, colleges, railways, power stations, airports or whatever, would help supply the economy with a well-trained workforce and a set of commonly used amenities that private enterprise desperately needs to spur growth.

Article after article in the mainstream press confirms the relative simplicity of central banking. It doesn't work, but more of the same may somehow provide a cure, nonetheless.

How can it work, in fact? When you print money, you distort economic growth. So this longish Reuters article/editorial ends up leaving us with what we already knew a while ago.

The result will inevitably be booms in various asset classes, especially the stock market and then high-end real estate. Finally, multinational progress.

All of the above is accomplished by force-feeding commercial banks. It is the top-end clients and corporations that benefit from this sort of exercise because there is no DEMAND for money from the general public.

Even five years later, there is no surety over what companies are solvent and what companies – and entrepreneurs – are bankrupt. The "recovery" within this context is surely a phony one.

But we can see from the Reuters article that nothing has changed. It's not complicated. Yellen will print more and supposedly – though this won't actually happen – government will "prime the pump."

What is interesting is that this article we are commenting on today and yesterday's lead article on central banks needing to "partner" with government and business is obviously setting the stage for some sort of effort based on more aggressive FDR-style stimulation.

It didn't work then and it won't work now. The globalists pushing these strategies along simply need a narrative of sufficient complexity. Central banking corrupts and hollows out economies. The power elite seeks as much centralization as possible.

If Yellen ceased to print currency, then those behind her would find someone else. The strategy is necessary to achieve further centralization of money and power. In the meantime, we will have to read articles and listen to analyses explaining what is inexplicable.

It is inexplicable because it doesn't work. It doesn't work because it is not supposed to work. It is truly a devious system. It will no doubt result in a further boom – a continued Wall Street Party, at least for a while. But not forever.

In the meantime, Yellen will keep dancing. And we are not surprised.