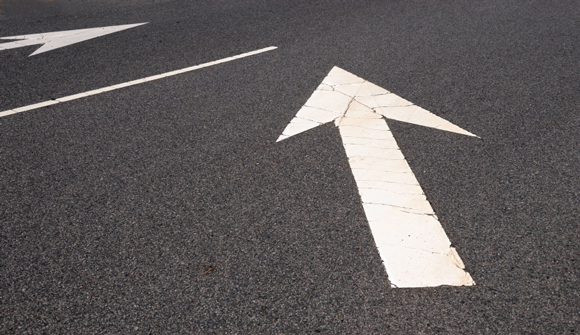 Stock markets set to take off as Europe, Asia abandon austerity … The Great Divergence is a term coined by economic historians to explain the sudden acceleration of growth and technology in Europe from the 16th century onward, while other civilizations such as China, India, Japan and Persia remained in their pre-modern state. This phrase has recently acquired a very different meaning, however, more relevant to global economic and financial conditions today … Far more important than a likely difference next year of a quarter or half a percentage point between short-term interest rates on both sides of the Atlantic, though, is the convergence of economic philosophies and objectives for the first time since the 2008 economic crisis. In the past two months, Japan, Europe and China all moved toward further aggressive monetary stimulus and reversed previous commitments to fiscal austerity. – Reuters

Free-Market Analysis: This Reuters article states clearly what we've been pointed out in our Wall Street Party meme: It's not just a US phenomenon.

We noted this as quantitative easing began several years ago in the US. The EU, too, was stimulating European economies at the time as best it could, especially Southern European ones. China meanwhile printed massive amounts of money to counteract the 2008 crisis, and then continued to do so even after officials said monetary policy had turned less aggressive.

Eventually Japan joined in with Abenomics, which was a form of the same Keynesian economics being applied in the US and Europe. Thus, the world's major economies for the most part were harmonized, and that harmony was constructed around printing billions and trillions of dollars.

The important trends today, especially after October policy changes in Japan and Europe, are not divergence but convergence.

This Great Convergence of macroeconomic policies between the United States and the rest of the world will drive financial markets and dominate business conditions in the year ahead. It is not yet reflected, however, in asset prices or market trends. Investors continue to obsess about the tiny gap that may or may not open up between U.S. and European policies sometime next year, when the Fed starts gently raising interest rates.

Though it is true that these global policy shifts coincided with the end of the Fed's quantitative-easing program, this accident of timing does not imply that the United States is diverging from Europe and Asia. What is really happening is that Europe and Asia are finally — and reluctantly — following Washington's road map out of the Great Recession.

In the eurozone, Britain and China, hawkish central bankers have been silenced and monetary policy has been reset for full-scale stimulus — most recently by the European Central Bank, which has belatedly accepted the principle of U.S.-style quantitative easing. In Japan, where money-printing presses were already running at full throttle, they have speeded up even more.

… The upshot is that every advanced economy is now following broadly the same macroeconomic policies as the United States: maximal monetary stimulus combined with fiscal neutrality and the suspension of counterproductive budget rules.

Assuming that Europe and Japan continue to pursue with conviction these Washington-style expansionary policies, they should eventually achieve similar results — gradual improvements in employment and financial conditions, powered by faster economic growth. This trend was confirmed in the United States again this week by the upward revision of 3rd-quarter gross domestic product growth to 3.9 percent.

While agreeing with the thrust of the Reuters article, we "diverge" when it comes to this last paragraph. Whatever so-called improvements are generated by monetary stimulation will be neither longlasting nor fundamental.

Instead, like the tech boom of the 1990s or the low-end mortgage boom of the early 2000s, the gains made economically or in stock averages will surely, eventually, be given back, at least in large part. The mainstream media will begin to debate about various bubbles and then the discussion will proceed, futilely as always, to who is to blame.

The kind of bubble economy that is present around the world today is extremely wasteful and prone to destructive consolidations of power and wealth. Printing more money can certainly stimulate industry but the stimulation will generate products and services that will be seen sooner or later as in part unnecessary or over-expanded.

This is, of course, a description of the modern business cycle itself. Over-printing money causes tremendous booms and busts and we've seen two of them occur in the past 15 years, first in 2001 and then in 2008.

We've also predicted that the current harmonizing of countries and monetary policy will eventually create an extraordinary financial disaster … though not yet. But the Wall Street Party we've been writing about is going to lapse at some point and when it does the unraveling could be significant indeed.

In the meantime, this sort of harmonization may well drive markets around the world to new heights. Monetary stimulation's main impact, in fact, is usually on securitized assets. The Reuters article recognizes this possibility:

Stock markets around the world would start to perform better than Wall Street if investors became convinced that Europe, Japan and China were as committed as Washington is to expansionary policies. The first signs of this sentiment shift could be detected in Japan, after Abe's reflationary measures in late October, and in China, after the surprise monetary easing last week. If ECB President Mario Draghi can convince investors that he has political support for aggressive monetary stimulus, European equities could also start to outperform.

This is all fairly transparent, is it not? We're supposed to believe that stock markets are indicators of prosperity but the current upturn is an orchestrated one that began in the US with low rates and regulatory revisions that supported investor activity, especially when it came to IPOs.

Now the orchestration is spreading around the world and a new meme is being developed: The current market upsurge is just beginning.

This is a typical VESTS conundrum. Does one trust one's eyes and ears when it comes to this ongoing market upsurge or does one accept that those who are orchestrating this rise are in control of it, at least for the near term?

We've suggested that fighting the trend may be futile, for now at least, if one wants to participate in profits that continue to be made. Prudent hedging, diversification and a concentration on certain equities and IPOs may be one way to play this equity surge … bearing in mind that the market is at heights that can precipitate a significant downturn.

But what we see in terms of memes and market manipulation leads us to suspect that there are immensely powerful forces committed to continued market gains. The real question is not whether this bias exists but for how long it can play out.

Higher averages need not lull the senses. Instead, if you wish, approach the market in a prudent way. A disciplined strategy is called for and a commitment to participate within the context of an "exit" plan.

But this market could continue it seems for another year or two, or perhaps longer, hard as that is to fathom. And then again, well … perhaps it won't. But the meme that is being constructed seems to focus on the longer term. That's something to consider within a larger VESTS construct.