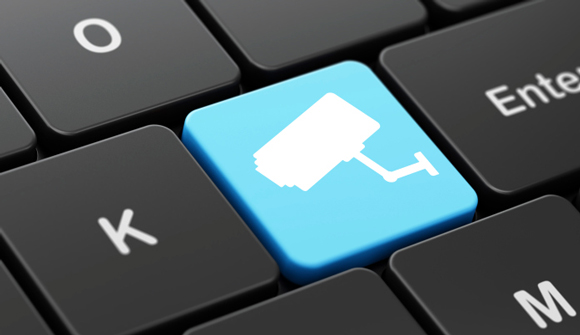 NSA revelations: Fallout can serve our nation … The fallout from the Edward Snowden revelations continues to snowball. With each disclosure, allies, businesses and influential authors call for reform. There is ever growing pressure on the Obama administration to respond and quell these concerns before permanent damage is done … President Barack Obama's meeting with technology leaders Tuesday marks an early signal of willingness to engage in open dialogue. But until Washington fully addresses the concerns of these various groups through tangible government reform, the fallout will likely worsen. – Reuters

Dominant Social Theme: Let us use the Snowden revelations to build an open and fair Surveillance State.

Free-Market Analysis: We have long predicted that the outcome of the Edward Snowden "revelations" would be a rationalizing of the current global surveillance infrastructure.

The problem of those who built the current infrastructure is that not enough people knew about it. These are the same people who have seemingly been constructing a phony war on terror and all the other dominant social themes designed to frighten people into giving up power and wealth to globalist facilities.

But in order to build a truly international Surveillance State that accomplishes its main objective, which is creating paranoia and chaos in the ranks of those who oppose the current globalist paradigm, people have to be convinced that the system exists and that it is legal.

The brilliance of the Snowden "false flag" (if that is what it is) is that now people around the world have been given to believe that the US's NSA has recorded and filed virtually every conversation going back at least a decade.

Of course, this is not true. The current state of technology does not allow Intel operatives to utilize this data properly. And of course, the stated enemy – "terrorists" – is questionable, as well. But it all works well from an intimidation standpoint, which is the real goal.

The CIA, as has long been documented, basically created Al Qaeda and the current fighting in the Middle East and Northern Africa is also reportedly sponsored by the CIA in conjunction with the US State Department.

War is a tool used by top elites to freeze and polarize those who are opposed to internationalism. Snowden's "revelations" offer internationalists two tools:

This Reuters article advances both these points in an almost mechanical way. Here's more:

Trust has been the principal casualty in this unfortunate affair. The American public, our nation's allies, leading businesses and Internet users around the world are losing faith in the U.S. government's role as the leading proponent of a free, open and integrated global Internet.

In discussing how the nation's privacy and civil rights are being safeguarded, the administration and Congress inadvertently dismiss surveillance concerns. Government officials maintain its programs are legal, critical for national security, effective and managed with strict oversight – and thus should continue. Yet legality does not confer legitimacy.

The current approach to surveillance is widely viewed with skepticism and may even be unconstitutional. While no government will be able to persuade all foreigners that its spying efforts are in the service of good, there are steps Washington can and should take to limit the continuing damage from the Snowden fallout.

Washington must try to rebuild the trust. There are several proposals presented already that would take steps in this direction. The European Commission, for example, outlined six areas of action that it insists would restore trust in data flows between the United States and the European Union – including reforms in data protection and privacy standards.

This would establish, or reinforce, agreed-upon rules and programs for government data collection on citizens, legal frameworks to manage the transfer of that data between governments and methods for judicial redress when required. This initiative is crucial because it enforces mutual accountability for all participants.

… Powerful surveillance capabilities will only grow over time. The United States must therefore establish a new "higher ground" in the international community to lead morally as well as technologically and ensure mutual accountability among governments.

We quoted a good bit of the article because it shows quite clearly how Reuters editorialists are using the Snowden revelations to argue for a rationalization of the Surveillance State. Notice, too, this statement: "Powerful surveillance capabilities will only grow over time."

This off-hand remark points up the perniciousness of this surveillance meme. We are asked to believe that what is going on is normal and natural.

But it is neither. The top men in the banking community seek ever-closer global governance and they have surely created the rationale for the Surveillance State and then funded its creation and expansion.

They have done it via the proceeds of central banking, which has unlocked titanic amounts of funding for those who seek to create more expansive global governance.

The methodology is one we have identified as "directed history." Create a crisis in order to propose the solution you seek to inflict.

There is nothing natural or preordained about the terrible system that is now being revealed to the world. It is not aimed at terrorists but at intimidating middle classes that do not want a more powerful, worldwide government, higher taxes or increased inflation.

Meanwhile, mainstream journos such as those who work for Reuters will advance the meme – rationally and calmly, as in this article, that the "war on terror" is real and that the blossoming Surveillance State is a logical reaction to it.

Both of these arguments are false, but one has to peer behind the curtain to recognize the clunkiness of the mechanism in use.

It worked much better in the 20th century than today, but so far it still works.