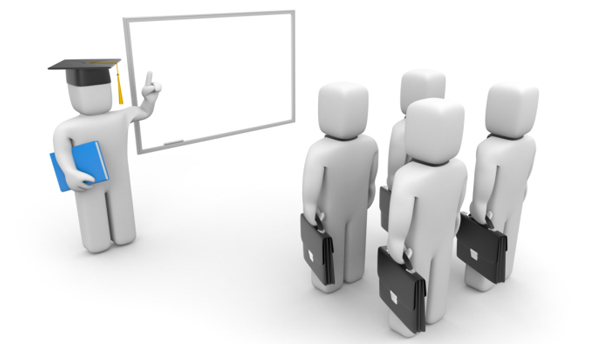 STAFF NEWS & ANALYSIS
Reuters Suggests a New Economics to Take the Place of the Neoclassical Model: Good Luck With That
By Staff News & Analysis - May 28, 2014

Three Ms for economics re-education … Many economics students are unhappy with what they are being taught. A network of 62 groups from around the world has drawn up a petition calling for more "pluralism" in instruction. The malcontents find the dominant neoclassical model too narrow and want to know why so few experts predicted the 2008 financial crisis. They also want less abstract theory and more study of actual economies. The reproaches are just, but the students' reform agenda is insufficiently radical. They underestimate the scale of the intellectual scandal. The profession's ignoble tradition started in the 19th century, when most political economists, as they were then known, failed to notice that industry was leading to massive improvements in the standard of living. – Reuters Opinion

Dominant Social Theme: Economics is old fashioned. Discard it and come up with something new.

Free-Market Analysis: The reason we follow the Reuters opinion page is because we often find substantial rebuttals to what we call the Internet Reformation posted there.

This editorial seems to be groping toward a new elite dominant social theme designed to negate points made by free-market oriented Austrian economics.

In the 21st century, Austrian economics has virtually swept through the ranks of the intelligentsia thanks to the 'Net. Concepts of neoclassical economics have been reintroduced and some of the largest English-speaking websites ended up promoting laissez-faire economics.

This has been a disaster of major proportions for those who sought to maintain and expand central banking in order to fund a kind of gradual, ongoing globalism.

Price manipulation entails endless choices regarding who is to be penalized by a reduction of resources and who is to be supported by an expansion of the same. The conclusions are almost inevitably inaccurate thanks to what is called "human action." Governments and the people behind them cannot manipulate economies with any expectation of success because people will act on their own accord, often in ways that are diametrically opposite of what is intended via bureaucratic interference.

These are not new insights but were arrived at (most recently) 150 years ago when participants in what has come to be called Austrian economics refined the idea of marginal utility – that people needed to set prices in a competitive marketplace rather than accept the price-fixing of powerful entities.

Thus, over the past decade or so the disconnect between sociopolitical and economic structures and neoclassical economics has widened.

Modern elites face a conundrum. They have power but they are well aware that if they cannot reclaim a rational narrative for the use of that power, then that power will eventually fade away. In fact, it is already fading.

People are narrative imbibers. If people feel they are being forced into living a certain way against their will then the society itself – structured that way – may destabilize.

Yet we can see from this Reuters article, if we grant it the seriousness we believe it deserves, that underlying features of the modern social contract may not change.

Instead, the article tells us that the economics must change.

Today's practitioners know much more, but they still struggle to explain the most basic phenomena – prices, wages, money, credit, unemployment and development.

Pluralism, the study of alternative schools of economic thought, would help, but not much. With the partial exception of the still underdeveloped study of institutional economics, the available alternatives to the neoclassical synthesis largely rely on the same erroneous assumptions that humans are rational and that market forces almost exclusively shape economies.

The demand to study intellectual history and other social sciences is more promising. Add in philosophy, and a new curriculum could lead the next generation of economists to undertake a profound re-evaluation of some basic concepts.

… Most professionals assume that such markets are the best form of economic organisation: the closer to market perfection, the better. It is a bizarre assumption. Even imperfect markets actually play a relatively minor role in modern economies.

Almost all people work in hierarchical bureaucracies, not markets; the producers in most industries work in cartels, deliberate or accidental; regulation is omnipresent; and governments are always the largest economic actors. Sociological considerations, technological developments and traditions are generally far more important than abstract market forces.

… The cure is also simple: discard the grotesque market oversimplification. Instead, base the analysis of consumer activity, industrial structures and financial arrangements on more accurate psychological and sociological models.

Money is another economic fetish in need of demythologisation. Of course, money is far more real than a theoretically perfect market, but economists treat money as if it is, or can be made into, an objective measure of value.

… However, money cannot offer an absolute value in an economic world that will always be shifted. A less idealised and more flexible approach to the value of money would lead to a more realistic and less crisis-prone financial system.

With less time in the university curriculum dedicated to markets and money, there would be more space for another M-word: morality. Economists do sometimes talk about practical ethics, but they almost never concern themselves with the ultimate subject of morality: the good.

… A few economists and governments do try to move beyond GDP. Nobel laureate Joseph Stiglitz tried it on behalf of the French government five years ago, considering a variety of metrics but reaching no clear conclusion. British Prime Minister David Cameron in 2010 set an effort in train to measure citizens' well-being.

… In truth, it is not obvious how economic activities – labour, production, consumption and distribution – can help or hinder people in their search for a good life. The exploration of that great moral question, not just the largely empty mathematics of markets and money, should be part of the foundation of the economics curriculum.

Please read the above excerpt carefully if you have the time. Mentions of Stiglitz and Cameron show us quite clearly that elites wish to find a new narrative to swap in for neoclassical economics.

It would seem the idea is to create an economics that somehow recognizes the regnant state as the driver not of prosperity but of "happiness. " And the creation and sustaining of this "happiness measure" would be seen as a moral imperative.

Maybe we are missing something, and certainly others may arrive at different conclusions. But one thing we are relatively sure of: In this Internet era it is increasingly difficult to foist elite paradigms on an unknowing public.

If those who seek ever-expanding internationalism and worldwide cohesion believe that they can justify their manipulations by creating a new monetary and industrial discipline to take the place of a thousand-year-old conversation about money and power, we would suggest this is a most difficult task. Like many of today's elite gambits, this approach seems more desperate than practical and more wishful than realistic.

Good luck with that!