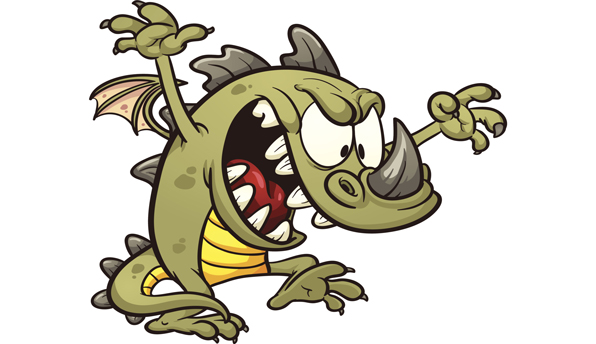 Time to stop following defunct economic policies … Can economists contribute anything useful to our understanding of politics, business and finance in the real world? I raise this question having spent last weekend in Toronto at the annual conference of the Institute for New Economic Thinking, a foundation created in 2009 in response to the failure of modern economics in the global financial crisis (whose board I currently chair). Unfortunately, the question raised above is as troubling today as it was in November 2008, when Britain's Queen Elizabeth famously stunned the head of the London School of Economics by asking faux naively, "But why did nobody foresee this [economic collapse]?" – Reuters

But after admitting that central bank modeling is dysfunctional, the article predictably proposes that the solution is MORE SOPHISTICATED central banking.

And not just a more sophisticated version but something more pernicious. We'll get to that in a moment.

As many in the alternative media regularly point out (we among them), central banking is flawed by its initial assumption – that any group of "wise men" can forecast the price and volume of money. It's not possible and the result is an increasingly ruinous business cycle.

… Models have nothing to say about lending or borrowing, ignore the existence of banks and treat bankruptcies as unimportant because "when the borrower does not repay, he only defaults on himself." …

Peeling away further layers of the theoretical onion reveals something even more bizarre: an inbuilt assumption that the economy is self-stabilizing. This means that virtually any policies the central bank may choose to follow will lead automatically to full employment — in the forecasts, if not in the real world.

The pernicious effects of such stilted thinking are most visible in Europe. As Adair Turner, former chairman of Britain's Financial Services Authority and now an INET Senior Fellow argued, the rules for the eurozone agreed in 1991 were based on the belief that "economists had cracked the problem of macroeconomics – that low and stable inflation was not just necessary, but sufficient for economic success."

Making matters worse for Europe, this hubris among economists was combined in the Maastricht Treaty with the German concept of "ordo-liberalism," which asserted that government's only legitimate role was to set clear rules for competition and price stability and then strictly enforce them.

"This was why the Bundesbank's legal department became as powerful as its economic department," Turner noted, "and why Germany has been so unbending in its interpretation of the euro rules. We now know that ordo-liberalism does not work in macroeconomics. But the entrenchment of these old economic ideas, even after they have been proved wrong, is so great that any change will be very slow."

As a result, Turner concluded, Europe "could look remarkably like Japan in the 1990s, with many years of very low growth — but probably much greater social tension, because Europe's immigration-based societies are much less uniform and consensual than Japan's."

Let's unpack this. Macroeconomics is flawed and economic hubris generated "rules" for the eurozone involving "low and stable inflation." … And these rules have led to the current debacle. Astonishing admission! (And one that the alternative media has been discussing for at least five years.)

The article also mentions ordo-liberalism, which is a German concept that free markets were desirable and necessary and that only the state – incredibly enough – could provide the necessary foundation for such markets.

Ordoliberal theory holds that the state must create a proper legal environment for the economy and maintain a healthy level of competition (rather than just "exchange") through measures that adhere to market principles. This is the foundation of its legitimacy.

The concern is that, if the state does not take active measures to foster competition, firms with monopoly (or oligopoly) power will emerge, which will not only subvert the advantages offered by the market economy, but also possibly undermine good government, since strong economic power can be transformed into political power.

This is the sort of logic only a bureaucrat could love. German economists (who used to refer to free-market economists derisively as "those Austrians") reversed the logic of the Invisible Hand. The argument was made that voluntary marketplaces will inevitably yield up monopolies even though the opposite is true.

This kind of twisted logic is presented toward the end of the column on which we are commenting. The idea emerges not just that central banks have been utilizing out-of-date and inaccurate models, but that new models absolutely have to be developed.

Here are some ideas that the article suggests: "Forecasting currencies with a new technique called Imperfect Knowledge Economics developed in New York and Copenhagen; understanding the role of government in technological innovation through work in Cambridge and Massachusetts; analyzing the role of self-fulfilling 'reflexive' expectations in boom-bust cycles; applying the mathematics of complex systems to economic problems ranging from financial instability to housing and the competitiveness of developing countries in Oxford and Rome …"

At the same time, as suggested at the beginning of this article, the current approach comes in for considerable criticism. "Old ideas that have been proved wrong, including inflation targets, self-stabilizing markets, and rigid separation of monetary and fiscal policy, remain dominant where they are most dangerous — in the macroeconomic analysis of finance ministries and central banks."

For a century, we've been force-fed the "wisdom" of central banking policies generating booms and busts, recessions and depressions … And in the past 10 years the alternative media has been increasingly critical of such policies, without much impact on the actual system.

And yet … perhaps the globalists behind this ruinous system have had enough. See here:

Economics always operates in a specific political context. Market mechanisms must be judged by social outcomes, government and business must work in concert, not in opposition. As a new phase of global capitalism emerges from the 2008 crisis, these are the key ideas that economists will have to discover – or rediscover.

It will be one in which "economics operates in a specific political context" and is to be … "judged by social outcomes." This is actually very clever, as it entirely removes central banking from any kind of cost analysis.

Going forward, central banking may plunge the world into serial depressions, as it has in the past, but the argument will be made that social outcomes are appropriate and "the poor" are benefiting.

Thus, gradually, the process itself will become beyond criticism. "Government and business must work in concert," to utilize central banking policies in an appropriate way.