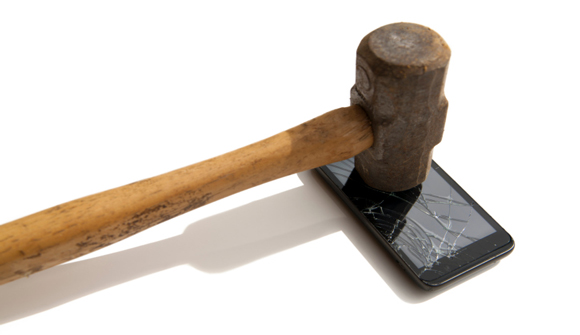 Uber taxi service banned in Berlin on safety grounds… German capital follows Hamburg with vote to ban taxi app firm, saying it does not protect passengers from unlicensed drivers … Berlin has voted to ban Uber on safety grounds as the app-enabled taxi service continues to run up against resistance in Germany. Officials said the Californian company, which operates in 110 cities around the world, did not do enough to protect its passengers from unlicensed drivers. – UK Guardian

Most of the sectors where the Internet is having the most dramatic effect are heavily regulated and thus inefficient and lacking in consumer choice. A prime example of this is "Uber" – an Internet-based transportation app. Another is Airbnb, a lodging facility.

Here's more from the Guardian regarding Uber:

A senate statement said Uber – already banned in Hamburg – also failed to provide adequate insurance for its drivers or their passengers in accidents. The Berlin ruling states: "Uber is from now on no longer allowed to use a smartphone app or similar application, or offer services via this app which are in breach of the Public Transport Act."

Uber said it would appeal against the ban, saying the senate's decision was "anything but progressive", and it was "seeking to limit consumer choice for all the wrong reasons". Uber claims that it does not operate a taxi service, but merely offers a platform that mediates between drivers and customers.

Uber could be fined up to €25,000 (£20,000) if it ignores the ban. A Hamburg court last month lifted the ban pending a final decision. Uber's general manager, Pierre-Dimitri Gore-Coty, told Handelsblatt newspaper on Thursday that he expected a similar decision in Berlin. The Berlin ban follows Europe-wide protests by taxi drivers in June. In its statement, the Berlin senate said the "protection of the taxi industry" was one of the factors it had taken into consideration.

As one Guardian feedbacker puts it: "This is about resistance to the way in which the network changes the way we trade with each other – i.e. directly connecting the supply and the demand. The idea of having to hope to be able to find a random cab is silly now that we all mostly walk around carrying devices which can directly connect us together and allow us to make cashless bookings."

The opposition obviously comes from disruption of business-as-usual. Berlin is obviously sensitive to these issues because the city recently took certain moves against the lodging facility Airbnb.

An anti-Airbnb Bloomberg editorial, "Cities Should Crack Down on Airbnb Hosts" makes us aware of the gory details:

Landlords get to pick and choose, asking uncomfortable questions about your finances, family life and professional background. Despite steady employment, I was turned down for three apartments before I found the one my family now lives in. It's in Mitte – one of three areas of central Berlin where Airbnb rentals are concentrated.

I'm pleased that Berlin has banned short-time rentals without express permission from the city government. In central neighborhoods, it's much more lucrative to rent by the day than by the month. So if rentals were unregulated, long-term leases would be relegated to the city periphery.

… Why do people need to supplement their incomes by renting in the first place? If your apartment is too big for your needs, you can always rent it out long-term and find a smaller one, or simply trade down. If that's not possible, and short-time renting is one's only hope, some rules should apply.

We can see the authoritarian mindset peeking through in this last paragraph as the writer questions why people would want to supplement their incomes by renting. It doesn't occur to someone like this that it is not necessarily his business to regulate the wants and needs of others regarding the raising of revenue.

Unfortunately, the writer's suspicions are shared by New York attorney general Eric Schneiderman who is seeking more information from Airbnb on a variety of apartments for rent that the facility lists. Schneiderman wrote an article that appeared in the New York Times suggesting that some Airbnb "hosts" are, in fact, "large, commercial enterprises with dozens of apartments – truly illegal hotels."

One could ask why this sort of "illegal hotel" is such a bad thing when actual hotels, especially in fashionable areas of Manhattan may go for between US$500 and US$1,000 a night. Vested interests may be harmed by the injection of consumer choice into the market, but the reaction – to ban and aggressively regulate – may not stem the appearance of flexible electronic facilities that enable consumer choice in a variety of industries.

Electronic apps like Airbnb and Uber are bringing down prices and contributing to traveling convenience. Despite efforts to do away with such services, the likelihood of long-term success is probably no better than that of Luddites who used to smash machines with pickaxes and sledgehammers. The "machine age" survived and so probably will Airbnb and Uber – or at least variants.

Welcome to the 21st century.