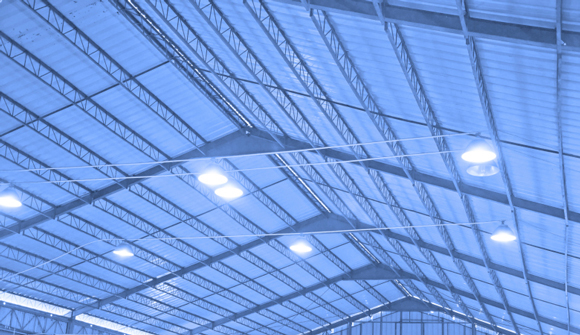 The battle for the soul of the GOP … Who's more influential in the Republican Party – the so-called Tea Party, or Wall Street and big business? The answer will be critical in the weeks ahead as the House decides whether to raise the limit on the nation's debt. – Syndicated column/Dedham Transcript

Dominant Social Theme: Even radicals need to be sensible when it comes to raising the debt ceiling.

Free-Market Analysis: Robert Reich (left) has written a splendid article called "The battle for the soul of the GOP" (see article excerpt above). He writes that the battle is between the GOP old guard and Tea Party types. Guess which side the diminutive socialist/left wing powerhouse – former Secretary of Labor for Bill Clinton – comes down on? We'll tell you below.

Certainly, Reich understands the importance of what's going on; his analysis is presented with flair and wit. A self-admitted brilliant person, he cuts through the complexity both from an economic standpoint and a political one and comes up with sensible analysis. He begins by explaining what the stakes are. To continue paying interest on the federal debt and avoiding a default, he writes, the government will have to cut spending by about 35 percent, or about $3.8 billion a day.

After explaining the numbers, he puts it into human terms. This is very important. Politicians are always told to present things in ways that touch the emotions. He writes, "Seniors expecting Social Security and Medicare checks will be in for a rude surprise, as will military personnel and other government workers expecting to be fully paid. Meanwhile, America's creditors are likely to become spooked about the risk of not being repaid in the future. As a result, credit markets could go into free fall. Interest rates would skyrocket. The dollar would plummet. This would be a nightmare for Wall Street and big business, which depend on smooth-functioning credit markets."

Now that Reich has established the gravity of the situation, it is time to explain the political ramifications. He does this incisively as well, explaining that the issue of raising the debt ceiling has become hostage to Republican infighting: "The so-called Tea Party Republicans – including all of those elected to the House last year plus incumbents fearing primary fights with Tea Partiers – say they won't raise the debt limit unless Democrats agree to their demands."

What motivates Tea Partiers? They want to shrink government radically and they refuse to consider any tax increases, Reich continues, not even tax increases (he admits sadly) on the super-rich. Since this is unreasonable, Wall Street and big business (the traditional Republican backers) are trying to adjust the Tea Party hard line. But, he writes, "Tea Partiers couldn't care less about the debt limit. To them, the debt limit is a giant bargaining chit to get their demands met."

This places the Tea Partiers athwart Wall Street and big business, which would choose raising the debt ceiling over chopping government. They'd even tolerate a small tax increase on the wealthy, Reich says (as they probably wouldn't even notice). It is a stance, he concludes, that is creating a "civil war" within the GOP.

What is Reich's personal opinion? It comes in the very last sentence of the article and is surprising. "Boehner and his colleagues are playing with fire. If the debt ceiling isn't raised and the financial system begins to collapse, the GOP loses not only Wall Street and big business. It loses everyone who's still sane."

Wow. We know what the hard left USED to be like. Anything that tore down capitalism was probably Grade-A OK. The USSR started WARS with US proxies in order to destroy capitalism. Now that's leftwing. Would Lenin or Stalin, or even Castro, be concerned about whether or not the US debt ceiling was raised? Of course, maybe Reich isn't that much of a leftist. So, we turn to "Discover the Networks,"(guide to the political left) which profiles the left wing. Here's part of his profile:

As a young man, Reich was a moderate liberal at Dartmouth College. He opposed the war in Vietnam but was careful to separate himself from more radical opponents of the war. Over time, however, he developed into a hard leftist, and he eventually became annoyed at what he perceived as a move to the political center by Clinton; he later revealed the depth of his discontent in his book, Locked in the Cabinet.

We can see that Robert Reich is considered by a "guide to the political left" to be a "hard leftist." Say what? In fact, Reich is just one example of what's gone wrong with America's – and the West's – political system. Reich is regularly presented by the mainstream media as a fierce critic of the powers-that-be, a radical friend of the workingman. It is apparently an act, a farce, a beard. This man foresees chaos if the debt ceiling is not raised and considers those who wish it to remain stuck where it is to be "insane."

Well, heck, count us as crazy. The West and America in particular is headed back down into a dreaded double dip recession (which counts as a Depression in our book). With two soul destroying Economic Ruinations in less than a century, the Anglosphere power elites that run the West are increasingly providing us with only one economic solution: War. Two world wars in the 20th century and a dozen smaller ones in the 20th and 21st provide us with a plain view of how this "capitalist" system works. It doesn't. It's good at killing and maiming but not much else.

The current fiat-money/central banking economy that eight or so impossibly wealthy banking families have foisted on the world is on its way out now in our opinion. But it's done tremendous damage and will do more before it's over. And those involved at the top will do anything they can, apparently, to stave off the inevitable.

The only other thing (beyond war) the current system is good for is creating and cementing disparities between the West and the rest of the world. There is plenty of money and capital available. Yet all over the world, billions of people live on the equivalent of two and three dollars a day. They are said to be hopeless, but most aren't. They don't have time to feel hopeless. They are too busy trying not to starve.

Reich is no radical freethinker, no rebel-with-a-cause. He is merely one more piece in the phony Hegelian dialectic that the elites have foisted on the West to make sure no real sociopolitical dialogue ensues. He's taken it on himself (nobody forced him) to become part of a dominant social theme. (The world is divided between communists and capitalists and there's no other choice.)

There are plenty of these people around. 99 percent of the journos, analysts and big-thinkers writing for the mainstream press participate in this false dichotomy. Ironically, many in the Tea Party (increasingly) don't. The "Right" who tried to take over the Tea Party and in our opinion, has already failed. The problems are too big and the Internet has provided a way to converse outside the white lines. As the conversation continues, and the elite's "dreamtime" dissipates, as the Internet Reformation takes hold, the Reichs of the world are increasingly exposed. This is part of the process. It is one of the things that makes it so hard for the elites to continue business-as-usual. As a critical mass is reached, credibility drains away.

We have little doubt that the Republicans will find a way to raise the debt ceiling and call it a victory. But the Tea Party itself likely will not be satisfied. As we often point out, the Internet Reformation is not an episode but a process. As people see the inadequacy and unfairness of the current system, they turn to the Internet for information and find it. It is happening all over the world, in our view.

It is ironic that the inflation, chaos, violence, food insecurity and all-around fear that the elites have relied upon for hundreds and even thousands of years to control the masses functions differently during a technology breakthrough. It happened during the era of the Gutenberg press and it seems to be happening now.