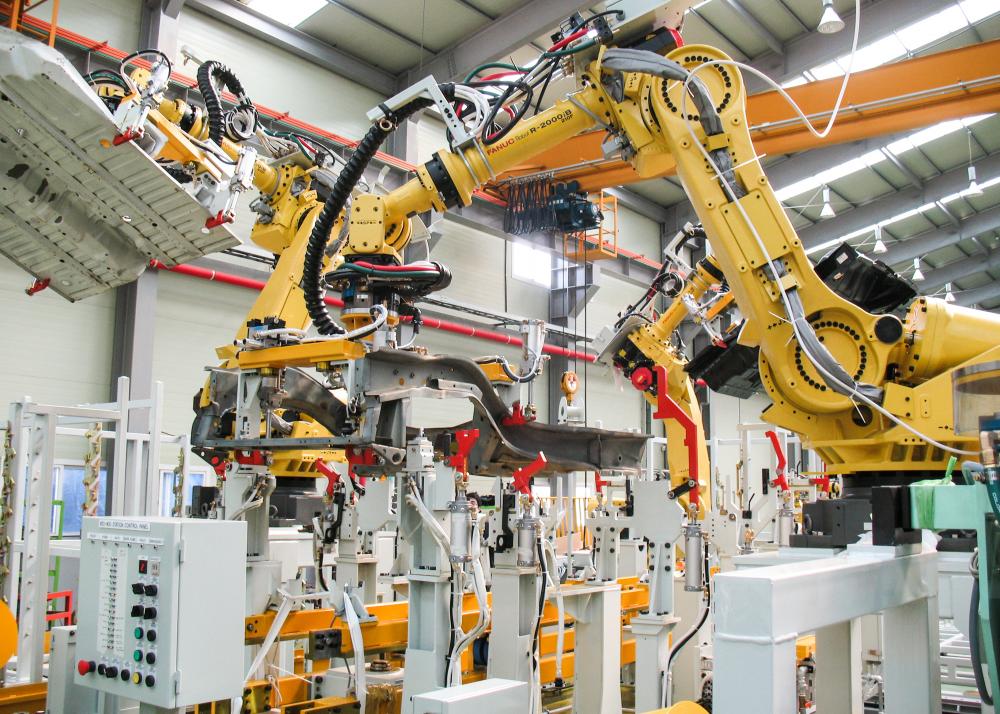 STAFF NEWS & ANALYSIS
Robots are Taking Our Jobs, and That is a Good Thing
By The Daily Bell Staff - March 26, 2017

Robots are going to take all our jobs, and it doesn’t matter. We should actually be thrilled about the prospects of automation, because it means freeing up economic resources, including arguably the most valuable resource, time.

One analysis says as many as 38% of U.S. jobs could be automated by the 2030’s, and another puts the number at 47% by 2033. As always, many worry about what effect the loss of jobs will have on the economy.

But lately, as technology has become more sophisticated, the drumbeat of worry has intensified. “What’s different now?” asked Leigh Watson Healy, chief analyst at market research firm Outsell. “The pace of technology advancements plus the big data phenomenon lead to a whole new level of machines to perform higher level cognitive tasks.” Translated: the old formula of creating more demanding jobs that need advanced training may no longer hold true. The number of people needed to oversee the machines, and to create them, is limited. Where do the many whose occupations have become obsolete go?

But economics hasn’t changed because technology has advanced. Labor won’t go away, it will just move around. There is of course a human element to this; for certain individuals it may be difficult to find a new job, or learn different skills required for employment.

But why would you want to work in a redundant industry anyway? Should candle makers have boycotted light bulbs because they lost their jobs?

As Henry Ford (might have) said: “If I had asked people what they wanted, they would have said faster horses.”

I think people should take pride in their work, and always be striving to maximize the use of their time. Think of the possibilities of a Modern Renaissance.

If you could buy a robot for a thousand dollars that did all your household chores, would you be disappointed that you were saving 10 hours a week on cooking and cleaning?

No! You would either find something productive to do with that time, which is essentially creating more wealth, or you would use that time for leisure, basically increasing the standard of living (though I have plenty of criticisms for how some people spend their free time, but that is neither here nor there).

Obviously when it comes to a job, you wouldn’t directly benefit from being replaced by a robot, as you would when it comes to household chores. But the same principle applies: now your time is free to do something literally more productive.

So in a sense you benefit personally by being forced to find a way to create value with your time. As an effect on the overall economy, this means more people trying to solve problems, more inventions, and innovative new products and services.

There could be a Modern Renaissance on the horizon when automation accelerates, with advances in health, travel, comfort, production, even entertainment and art.

And it’s not just low level unskilled jobs being replaced by machines. Should a doctor keep wasting hundreds of hours doing work that could be accomplished better by a machine?

IBM’s Watson, well known for its stellar performance in the TV game show Jeopardy!, has already demonstrated a far more accurate diagnosis rate for lung cancers than humans — 90 percent versus 50 percent in some tests. The reason is data. Keeping pace with the release of medical data could take doctors 160 hours a week, so doctors can’t possibly review the amount of new insights or even bodies of clinical evidence that can give an edge in making a diagnosis.

This increases the standard of living by helping diagnose disease more accurately, which means earlier and more targeted treatment. And it’s not like the doctor won’t be able to find something productive to do with his time. Doctors with free time mean more advancements in medicine, maybe a more one on one experience with a family doctor, or more resources for preventative care.

There is a guy who was unemployed, and now makes money as a paid walking partner for people who like to get out for walks, but don’t have anyone to go with, or just need someone to talk to. I don’t know what he was doing before, but it probably wasn’t as enjoyable as walking around outside all day offering companionship. He found a unique niche market to fill, and created a valuable service.

A robot can now build a house in two days, which eliminates the backbreaking work of brick laying, and also means homes can be built for ridiculously low prices.

Lower Cost and/ or Higher Quality Goods and Services

Because of automation, goods and services in the sectors served by robots will become less expensive. Labor is not cheap, and as a result of lower manufacturing costs, prices will fall.

This means it takes less income to afford the same lifestyle. So the displaced workers may not have to spend as much money to live, and there will also be extra wealth floating around. The people whose jobs have not been replaced will have extra money that can be invested, or spent on different and new goods and services.

Many people will pursue productive activities that they enjoy, but didn’t have time for previously. Vegetable gardening, volunteering for charities, educating others about a cause they believe in, building a website or app, and creating their own products are all activities that would increase with the more free time people have.

And these would further lower the expense of living, if for instance, furniture was produced at home.

This could also expand trade economies at a community level. People would still be specializing in their respective fields, but it wouldn’t be for survival, it would be for luxury. The fear of poverty would be removed from the equation, which would mean it is harder to gain an exploitative advantage in economic transactions.

Instead of having to labor eight to ten hours a day to make ends meet, you could build a beautiful oak table and chairs you are proud of, and trade it to your neighbor in exchange for a rock pond built as the centerpiece of your herb garden.

These are each things that would require a week worth of labor in a typical job to afford. But now you won’t have to waste money paying taxes on that income before you can spend it, or driving to work and paying taxes on the gas, or being forced to eat fast food because you lack the time to plan your lunches.

The quality of goods and services in this scenario would also increase, as people choose to use their extra economic resources, whether that be time or money, to acquire healthier food, sturdier furniture, custom clothing, and artistically designed everyday tools.

So ironically, automation could inadvertently bolster the local trading economy for artisan goods and services.

Of course all my bright predictions could be destroyed by government. They have a history of keeping people in unproductive forms of labor by bailing out industries which are failing, forcing society to waste money on things which would otherwise have been replaced with something better, or cut out due to lack of demand.

Government jobs will surely be the last to be automated, despite the clear advantages in, say, police work being done by computers. Already the police are solving a smaller percentage of murders, and the industry would be a perfect fit for automation, if the government didn’t stand in the way.

America’s homicide clearance rate—the percentage of solved crimes that lead to arrest—has fallen considerably in the past 50 years, from around 90% in 1965 to around 64% in 2012, according to federal statistics. This means more than 211,000 homicides committed since 1980 remain unsolved…

Charles Wellford, a criminologist at the University of Maryland, also notes that murders of police officers are nearly always solved, anywhere. Perhaps, he suggests, “any homicide can be solved if you put the time into it.”

The Affordable Care Act was another way the government attempted to force people to keep working in old world style labor systems. If you get a full time job, you get health insurance. If you make money in a freelance style, or only require a part time job to live, you then have to go out and spend all this money on health insurance, or be fined.

Then there are property taxes which require income just to subsist on a piece of land.

So the only thing that could derail the bright future of automation is government intervention.

But likely even government services will eventually be out-competed by better alternatives.

Tell us if you agree that automation will only improve the economy, or if you think there are societal upsets to fear from robots replacing humans.