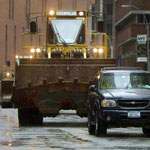 Investment guru Jim Rogers believes the stock market's recent gains won't last because the U.S. economy remains mired in crisis. But he says the massive fiscal and monetary stimulus campaigns engineered by the government and Federal Reserve could cause a huge run-up for the stock market first. "It's a bear market rally. I was going to say I don't think the S&P 500 will see new highs," Rogers tells The Economic Times of India. "But I have to quickly temper that by saying against the dollar because the S&P 500 could triple from here if they print enough money and the value of U.S. dollar collapses. Then the S&P could go to 50,000, Dow Jones can go to 1 million." – NewsMax

Free-Market Analysis: Jim Rogers is trying to make a point. If you pump hard enough, you may be able to blow anything back up, at least a little and maybe a lot. Certainly, we can see the monetary elite doing their best to puff up the world's economy once again. And once upon a time, we might have been a bit relieved to see it. But like you we have learned our lesson during this last debacle. The monetary elite isn't trying to save OUR system. It is trying to save THEIR system.

How exactly is it our system? We don't get to print any money. And we don't get any bailouts either. When central bankers and governmental leaders want to stimulate the economy, no matter how bad things are (and they couldn't have gotten much worse) they nonetheless run away from significant tax cuts as fast as they can. Instead, the printers go to work. The paper is ladled out to commercial banks that are supposed to lend it to mostly small businesses that are in turn to provide it to their employees via raises or bonuses … at which point the individual consumer is advised to go out and spend, spend, spend.

This is a fairly complex process, is it not? Additionally, when central banks try to blow up a collapsed system this way, by printing money instead of cutting taxes, they are depriving the economy of the ability to purge mal-investments. By using central banking disbursements, governments prop up all sorts of resource-wasting businesses. At best, then, the collapse is shoved forward to another day-of-reckoning. And that day will be worse than this one. Like any other force of nature, the business cycle cannot be stopped, only delayed. Here's some more from the above-excerpted article.

The possibility of a massive bull market "is one reason why I am not shorting stocks right now," Rogers says. The star investor remains bullish on commodities, so much so that he says money managers who feel confused should consider switching professions. "Become a farmer," Rogers suggests. Rogers isn't the only expert who believes stocks will ultimately fall.

Of course, this part seems a little confusing. Rogers indicates that stocks can roar before they ultimately fail. That's because aggressive money printing can inflate equity prices before interest rates or some other financial crisis deflates them once again. We'll see if he gets it right. We don't yet believe the green shoot theory. But if equity markets continue to appreciate, we will be forced to the conclusion that central bank money printing has indeed re-flated the financial economy (temporarily), if not the real economy, which is much harder to bring back to life. Jobs simply cannot return in a big way unless mal-investments are reduced or eliminated.

Since we continue to believe that this is a very bad recession – a "Greater Depression," as analyst Doug Casey calls it – we await the final act of monetary denial whereby the mainstream media simply gives up and declares the slump over. Governments, meanwhile, we predict, will continue to fiddle with employment numbers and damp inflation data, even while central banks keep producing endless amounts of money. In such a scenario, the only truth-telling will come from precious metals, which will climb, maybe substantially.