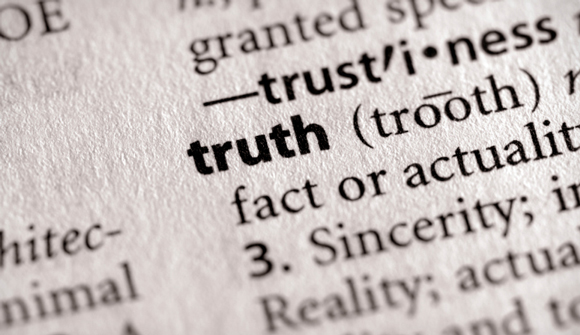 Whatever the Chilcot Inquiry finds will be as irrelevant as Tony Blair himself … though the families of fallen troops will disagree. There are things that we know we know, and what we know we know about Iraq we knew from the start. … We also know that whatever Chilcot concludes will lead Mr Tony neither to The Hague nor to salvation from his wretched half-life as an emblem of national humiliation. – UK Independent

Free-Market Analysis: What is happening to Tony Blair is unheard of in early 21st-century Western politics. One of the most powerful men in the world (at least he was) is being pilloried for dragging Britain into the war under false pretenses and thus participating in the demise or injury of thousands of British servicemen.

What then can we make of this pummeling of one of Britain's longest-serving prime ministers? It is really quite bizarre, especially given that there is nothing like this going on in the US. Former President George Bush and henchmen such as Dick Cheney have remained out of the limelight and certainly are not exposed to the level of vituperation that Blair seemingly receives on a regular basis.

Perhaps Bush receives a pass because of 9/11. The US public may believe that Bush's wars were justified because the nation was horribly attacked and he was only striking back.

But that doesn't make a great deal of sense because even mainstream polling shows that up to 30 percent or more of US citizens simply don't believe the official story. If the adult population of the US is 150 million, then that's 50 million – an awful lot of people.

For one reason or another, for now anyway, Bush has not been exposed to anything like what Blair is going through. And when we look at Blair's travails, we see quickly that the mainstream media is involved along with lesser and alternative websites.

This is unusual. The British media is a fairly controlled operation from what we can tell. It wouldn't be hard to shut down the story simply by not reporting it. But that's not happening. Even the BBC has piled on.

Perhaps Tony Blair made the wrong people angry for some reason. But in going online, we don't find any particular speculation of this sort. In fact, we find an extraordinarily invasive Blair interview by The Economist discussed in The Sydney Morning Herald.

He denied any "impropriety" in relation to Wendy Deng, to whom Murdoch was married for 14 years before filing for divorce in November 2013.

"Asked whether he was [at least] careless about his reputation, he says calmly that it is 'not something I will ever talk about – I haven't and I won't', and then bangs his coffee cup so loudly into its saucer that it spills and everyone in the room jumps," the story in the centre-right publication explained.

When pointedly asked about his friendship with Deng, Blair began to sweat, profusely … "But did he find himself in a tangle over his friendship with Ms Deng? A large, dark pool of sweat has suddenly appeared under his armpit, spreading across an expensive blue shirt."

We could go on this way, trying to figure out what's really happening and why, but the reason we chose to focus on this UK Independent article is because it makes an exactly opposite point – as does an editorial recently published by Ron Paul that we will discuss in a moment.

First, a little more about Blair who – as the article explains – is fairly irrelevant at this point. He is an "emblem of national humiliation" and one doesn't need to further explore his culpability to realize that the story has been told.

Of course, Blair has now issued a kind of apology for his actions related to the Iraq war but even this hasn't assuaged either the media or the public. In fact, in some ways public sentiment seems generally worse. He might just as well have saved his breath. It makes little difference.

As we just mentioned, an editorial by Ron Paul weighs in on this issue as well, though more broadly – philosophically – to be sure.

The article entitled "Save The Apologies, Just Stop Promoting War!" makes the point that culpability is not nearly so important as understanding the systemic dysfunction that generates these Western military actions.

Usually when politicians apologize it's because they have been caught doing something wrong, or they are about to be caught. Such was likely the case with former British Prime Minister Tony Blair, who recently offered an "apology" for the 2003 invasion of Iraq.

Blair faces the release of a potentially damning report on his government's conduct in the run-up to the 2003 US/UK invasion of Iraq. Similarly, a batch of emails released from the private server of former Secretary of State Hillary Clinton show Blair pledging support for US military action against Iraq a full year before the decision to attack had supposedly been made.

While Prime Minister Blair was assuring his constituents that he was dedicated to diplomacy in the Iraq crisis, he was communicating through back channels that he was ready for war whenever Bush decided on it.

Yes, George Bush is surely as culpable as Tony Blair. Ron Paul throws in President Barack Obama for good measure. And Paul's conclusion is a most insightful one. He writes that identifying this individual or that as responsible for a given Western war is not important. What WOULD be is figuring out the trigger mechanism. He puts it this way:

… Here's an idea: instead of apologies and non-apologies from politicians, how about an actual debate on the policies that led to such disasters? Why not discuss why the US keeps being drawn into wars on false pretexts? But that is a discussion we will not have, because both parties are in favor of these wars. They are ready to spend us into Third World status to continue their empire. When we get there, we will never hear their apologies.

We can see the editorial ends on a "down note" but Ron Paul's main point is well taken. These wars and the rhetoric surrounding them bear remarkable similarities from one conflict to the next.

Often the initial reason for going to war (and in the US it cannot be identified as such for legislative reasons) is difficult to perceive. But once the US and its allies have gone to war, the war is often extended under the pretext that to leave the "job" undone would be a waste of both blood and treasure.

Finally, as the conflict winds down, blame begins to be cast for what is inevitably seen as a less than successful enterprise. "Mistakes were made," we read. "The fog of war obscured the situation 'on the ground'." Over and over this happens. It's a mystifying and gruesome puzzle.

Ron Paul in this editorial proposes we try to figure out who or what is behind the repetition. But then he admits it will likely never happen. And he is likely correct. In fact, we do generally know the cast of characters that commit the US to these bloody follies.

"Both parties," Ron Paul informs us, are involved in the process. And thus the wars are not going to stop. The blood and ruin will only spread. George Orwell explained it well in 1984. In fact, war is the health of the state and enhances every brutal and authoritarian element of government.

The US and the West in general are on a steep downward curve. The wars are not going to stop and neither is inflationary spending that debases the currency and continually impoverishes citizens.

Within this context, one must protect oneself and one's family as best one can. Lifestyle insurance, as we call it, including additional passports, access to precious metals and above all a second home in another country are probably vital to one's economic health.

Yes, protect yourself as you can. The state will not. Governments in this day and age are impelled to ruin but you needn't be. Please consider a subscription to our free newsletter. Click the banner below.