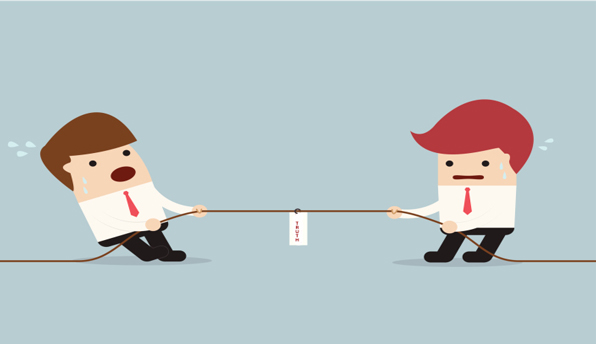 The Martens find PropOrNot background ties to the billionaire Koch brothers, to the Lynde and Harry Bradley Foundation, to the Sarah Scaife Foundation (the Mellon fortune), ExxonMobil, US Senators Chris Murphy and Rob Portman, who tie into Citigroup and Goldman Sachs, “two Wall Street behemoths that would very much like to pivot the national debate to anything other than Wall Street power and corruption.” –Paul Craig Roberts

The recent naming of 200 websites and writers by PropOrNot as agents of Russian disinformation can only be fully appreciated as an explosion ripping through the pages of history and revealing a millennia-old struggle between freedom and repression.

The Koch Brothers and Scaife exercise considerable control over the “moderate” libertarian media including the famous Cato Institute think tank and the leading libertarian magazine Reason.

Meanwhile, the more vigorous and successful (in the 21st  century) faction of libertarianism has been anarcho-capitalism, championed notably in modern times by Lew Rockwell and his mentor Murray Rothbard, an important student of the great Ludwig von Mises himself.

Mises’s writings further established the problems of state control by analyzing them through the lens of human action, marginal utility and business cycles. These are explosive insights that are once again under formal attack in some quarters even though the marginal utility, especially, is accepted throughout modern economics. (You can see recent articles of ours here and here.)

Rothbard in fact helped found the Cato Institute before leaving after a fight with the Koch Brothers over ideology and direction. Rothbard and Rockwell then founded the Mises Institute. Lew Rockwell went on to found LewRockwell.com, the eponymous and successful libertarian web-publication.

It never made sense that LewRockwell.com was listed on the PropOrNot website as a disseminator of Russian propaganda (not that any of it makes sense). But if the Koch Brothers and Scaife (through his foundation) are behind PropOrNot it all becomes a lot clearer. At least partially, this would seem to be a furtherance of the Koch vs. Rothbard feud. Congressman Ron Paul, a good friend of Rothbard’s was listed as well.

One way or another many of the often important and passionate websites on the PropOrNot list are grounded (whether they know it or not – or even would admit it) in the Austrian, free-market vision so eloquently (and often voluminously) documented by Mises in such great works as Human Action.

Mises’s books have had such an impact – once the Internet came along and they censorship ceased to be effective – because his codification of  human action and business cycles rehearse the age-old confrontation between freedom and tyranny and even, in its largest application, good and evil.

The PropOrNot list is therefore history’s reverberation, an echo of these larger confrontations. It is so very shocking because it confronts us once again with humanity’s larger struggle.

Meanwhile, there are other issues to consider that are slightly more mundane however. Again, both Roberts (above) and the Martens believe the Kochs and Scaife are behind PropOrNot, especially based on PropOrNot’s recommendations and the language used in some of PropOrNot’s statements – among other reasons. If this is so, then both Cato and Reason (the magazine and Foundation) are in some sense participative in the libel of some 200 websites and a former almost-successful presidential candidate Ron Paul.

If this is true, shouldn’t Cato and Reason make every effort to find out the truth? If it is true, shouldn’t they then disassociate themselves from Koch and Scaife and refuse further funding? Prominent libertarian and free-market scholars sitting on the boards or trustee organizations of these groups should also try to find out what’s going on and speak out on the subject.

We’ve mentioned Rand Paul in particular, see here. As a Senator whose father has been directly attacked by PropOrNot, shouldn’t he do what he can to find out who’s behind PropOrNot and if it really is the Kochs and the Scaife Foundation?  The silence seems well … “deafening,” yet the issues could not be more important. They are as old as time and as integral to humanity as history itself.

These are important days – see here, the Internet Reformation. The Gutenberg press ushered in convulsive changes that echoed for some 500 years. Books circulated to the general public changed society and then culture. The process helped expand the Renaissance and eventually created the US republic and its “united States.”

The elites of the day were powerless to combat the tumult (though they did try to co-opt certain parts of the press’s impact). Additionally, various elements of freedom were lost as society became more centralized after the so-called Dark Ages. But science was to a degree re-established, along with philosophy and the arts.

Conclusion: The changes wrought by the Internet have hardly begun to be felt. They cannot be stopped without stopping human history. If the Kochs and Scaife are really involved in trying to stop what’s occurring, it’s very sad. And those with any involvement in it, even tangentially, should not be silent. If the Scaife Foundation and the Kochs are not involved, they should speak up and help us understand what’s going on.