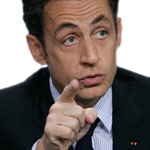 Arkady Dvorkevich, the Kremlin's chief economic adviser, said Russia would favour the inclusion of gold bullion in the basket-weighting of a new world currency based on Special Drawing Rights issued by the International Monetary Fund. Chinese and Russian leaders both plan to open debate on an SDR-based reserve currency as an alternative to the US dollar at the G20 summit in London this week, although the world may not yet be ready for such a radical proposal. Mr. Dvorkevich said it was "logical" that the new currency should include the rouble and the yuan, adding that "we could also think about more effective use of gold in this system". The Gold Standard was the anchor of world finance in the 19th Century but began breaking down during the First World War as governments engaged in unprecedented spending. It collapsed in the 1930s when the British Empire, the US, and France all abandoned their parities. – UK Telegraph

Free-Market Analysis: It is not easy to say with any certainty what is going on in the halls of global leadership. But it would seem that the groundswell of support for gold-as-currency has proven so powerful that it must be acknowledged at the highest levels.

It is not yet being acknowledged by the Anglo-Saxon axis/empire/hegemony, though even American Treasury secretary Timothy Geithner said that America would be open to an IMF super-currency. This of course was before Russia floated the idea of adding gold to the basket and one wonders what Geithner would have to say about THAT.

Yes, the irony of all this has to be acknowledged clearly to be truly savored. Central bankers have been fighting against the reintroduction of a gold standard for decades. In fact, the ascendency of the Federal Reserve about 100 years ago now was fairly obviously supposed to usher in a new era of non-gold currency arrangements. The great powers had gotten rid of silver a few years earlier (not something that just "happened" either, but a very obviously choreographed series of decisions as anyone can see if they analyze the historical record). But like a bad penny gold keeps popping up as an agreeable alternative every time fiat money melts down.

John Maynard Keynes called it a "barbaric relic." Reporters habitually wrote (and continue to write) about spikes in the price of gold as a contra-indicator illustrating the ill-health of the economy. UK Prime Minister Gordon Brown sold heaps of the yellow metal at a screaming discount at the beginning of the 21st century when the price was below US$300. Of course, at the time bankers and the press were generally poor-mouthing gold when they bothered to speak of it all. Those who called for a renewal of asset-based money were sneered at as hard-money kooks. Central banks, so the logic went, were going to divest themselves entirely of precious metals in order to concentrate on instruments that paid something back – the stock market was usually cited. (We all know what a bright idea that turned out to be.)

And now Russia and perhaps China are once again bringing gold to the table in a big way. Most people won't notice of course, or at least they won't understand the significance. But we do and so of course do our readers.

We understand, not to put too fine a point on it, that the leaders of the Western world have been lying to their citizens for at least a century. Franklin Delano Roosevelt used to set the price of gold against the dollar arbitrarily from his bed in the morning – the institutional/political contempt was that great. But now once again, as before, very serious people at the top of the political heap (in Russia anyway – and we would suspect Czech leaders too) acknowledge what great men like American Congressman Ron Paul have claimed for years, that there can be no real financial stability without an asset-based link. The genie is out of the bottle. The statement has been made. The bottle cannot be recorked.

Where does this story go from here? Does gold gain additional traction? Maybe. The fiat-money meltdown is not over in our opinion and will continue to get worse before it gets better – even if the problems are somewhat hidden from the public. The insurance companies are probably another shoe to drop along with derivatives and hedge funds. So perhaps now that the campaign for a gold standard (or at least the glimmers of one) has been launched, a precious metals standard will eventually emerge as a potential solution, perhaps THE inevitable solution.

You know, we wondered, just days ago, why the IMF currency basket was being called "paper gold" – and asked why the heck, just for once, the real thing wasn't given a go. Obviously, the people at the top of the Russian (and maybe the Chinese) financial leadership took our request seriously. So, to them we say "thanks." Keep up the good work. And we give a further instruction. Now make it happen!