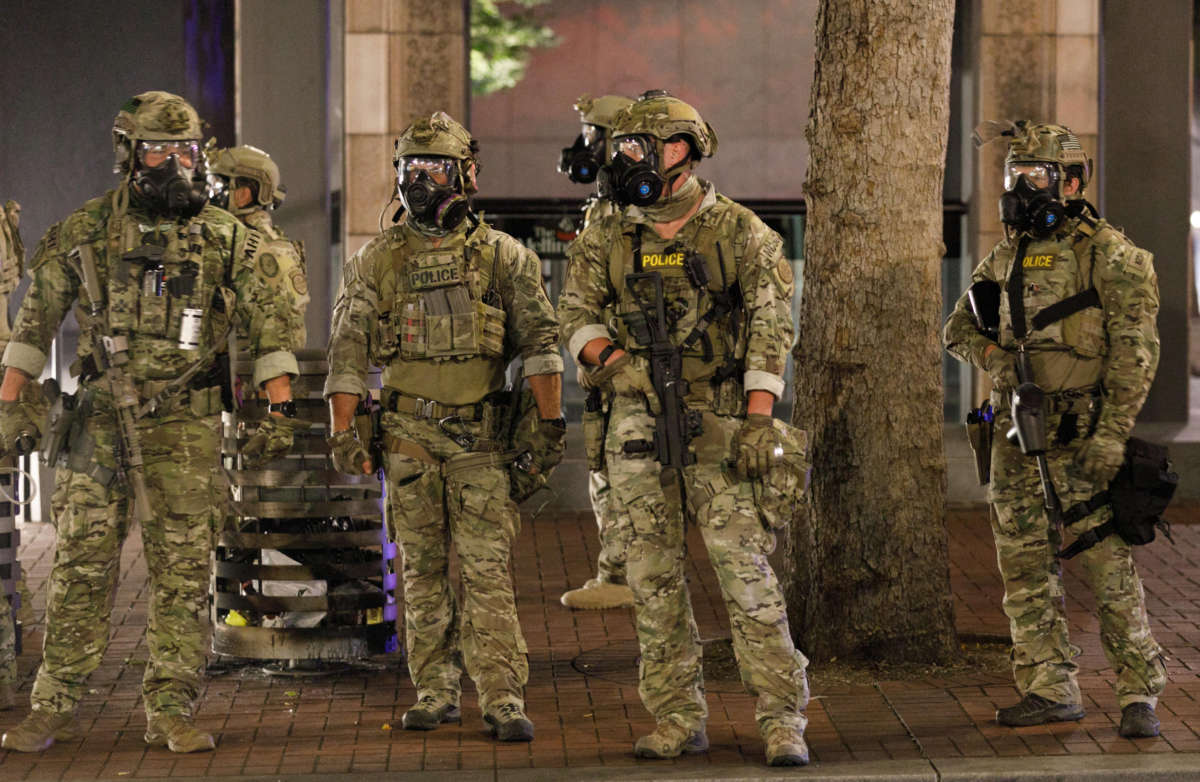 The deep state’s favorite conspiracy theory is back and whackier than ever.

Even in the midst of an unprecedented global pandemic and policing crisis, the McCarthy-era Red Scare 2.0 is still going strong. From the oligarchs’ perspective, Cold War-style fear-mongering substitutes nicely for having to actually govern. 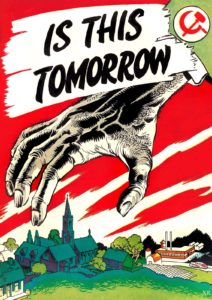 In a narrative almost too stupid to earnestly absorb, the CIA stooges who spoon-feed talking points to vegetative news actors now claim that they caught the Russians red-handed paying bounties to Afghan militants in exchange for dead American Empire soldiers.

The claim is laughably absurd on its face for obvious reasons that any critical journalist could discern in half a minute.

First of all, Afghan militants require no incentive to target American military personnel. US armed forces have conducted siege warfare against them in their own homeland for nearly 20 years.

Furthermore, why would the Russian government – which has its own serious financial woes – voluntarily incur the unnecessary cost of paying Taliban commandos to kill American soldiers?

Contrary to the relentless assertions of the Empire’s propaganda machine, there is no good evidence that Vladimir Putin wants or seeks conflict with the United States. War – shadow, cold, hot, or otherwise – with the preeminent world power does not serve the Russian national interest.

Before Russia was selected as the scapegoat for Hillary Clinton’s failed 2016 campaign, in fact, relations between the two countries were relatively warm. They were certainly less frosty than the decades spent on the brink of nuclear annihilation.

Obama had declared a “reset” with Russia from the Oval Office. The promise of increased trade whet the appetites of greedy multinational firms and their DC think tanks. From the oligarchs’ perspectives – both Russian and American – the benefits of maintaining peace outweighed the cost of shadow conflict.

Then, along came the second-most unpopular presidential candidate to ever run for office in the history of polling.

In her epic electioneering disaster, Hillary Clinton refused to campaign in key battleground states, openly derided the progressive contingent of her own base, called a quarter of the American population a “basket of deplorables,” and weirdly pandered to black voters by claiming to “always carry hot sauce in her purse.”

Her surrogate, fellow war criminal Madeleine Albright, insinuated at an official campaign event that women who refused to vote for Hillary were going to hell.

Entire YouTube videos document the unparalleled extent to which Clinton, throughout her entire career in the DC swamp, brazenly lies. She switches supposedly heartfelt political positions on a dime.

Decency dictates that such a failed candidate exhibit a modicum of self-reflection. Clinton refused. Instead, she blamed Russia and the ill-described, utterly vague “interference” that she and her fellow swamp creatures invented out of thin air.

The media obediently picked the Russia narrative up. MSNBC hired “defense” industry lobbyists and retired CIA spooks by the dozens. On primetime television, Rachel Maddow offered her own evidence-free conspiracy theory that Putin was plotting to digitally cut off American power supplies in the middle of winter.

The entirety of the Russiagate narrative was 100% fabricated nonsense.

Alas, there is no platformed media figure left to question the company line; the establishment has purged all the real journalists from its state-run outlets. The ranks of staff writers and talking heads at national media institutions are now comprised of wall-to-wall bootlickers.

The purge has been in the works for some time. Major newspapers sacked Chris Hedges and numerous other prominent reporters in the patriotic fervor of the post-9/11 world. Their offense? Daring to even gently push back against the war machine.

The proverbial man behind the curtain is called the Military Industrial Complex; President Eisenhower warned of the threat it posed in 1961; by now it’s a well-understood phenomenon. Yet the propaganda continues, bloated “defense” budgets get even more bloated, and the technocracy’s grip on power squeezes tighter. 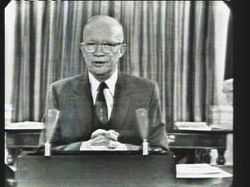 President Eisenhower, who had perceived the dangers of the Empire’s military-industrial machinations in the early stages, warned the public in his 1961 farewell address.

Relying on “intelligence sources” is a favorite news-gathering method of mediocre journalists. It serves to please their likewise mediocre editors, maintain a pipeline of scoops (whether they are true or not is irrelevant), and stay in the good graces of power.

Americans are trained from their earliest public-school days to kowtow to authority. “Official sources” in our eyes lend credibility to news accounts. On the public relations front, letting “intelligence sources” essentially ghostwrite their stories for them allows reporters to maintain the façade of journalistic integrity.

In fact, the “intelligence sources” that the media relies on are frequently discovered to be on the payroll of high-level officials and shady private interests. These politicians, career civil servants, and public sector entrepreneurs have an obvious vested interest in promoting their own agendas which always include more war.

The lies filtered through the “intelligence” smokescreen are laundered by the very same media that theoretically holds their technocratic masters in power to account. One outlet picks up on another’s reporting, which gives them professional cover to run with the story themselves.

In effect, as former CIA agent and whistleblower John Stockwell puts it, all it takes is one supposed leak from an anonymous “intelligence source” to set off a media parroting frenzy where one outlet references another to corroborate their claims. Ultimately, there is nothing concrete to support them.

The dissemination of inflammatory national security material serves to work the public into a frenzy, in turn leading to increased budgets, which in turn generate greater profits for weapons manufacturers and mercenary armies like Blackwater (now called “Academi”).

In Empire lexicology, the more than 200,000 Iraqi civilians killed in the 2003 invasion that the warmongers in the national security apparatus engineered are “collateral damage.” Anyone who resists is an “enemy combatant.” 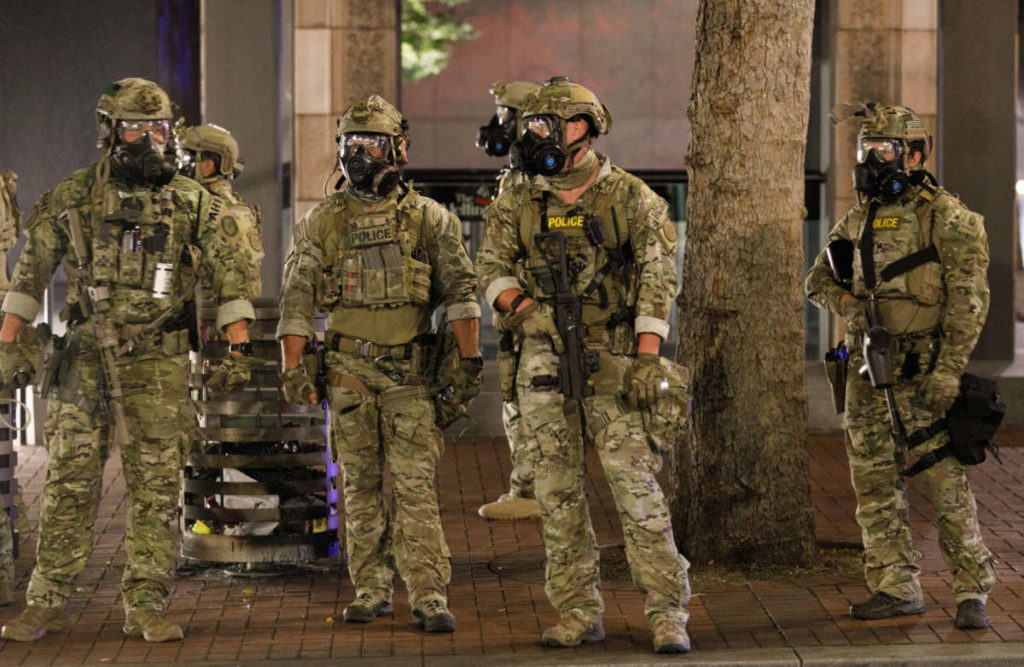 If the unidentified Empire stormtroopers policing the streets of Portland and Chicago portend the future, the sociopathic technocrats have turned their siege warfare tactics onto domestic American targets.

We are all 2003 Iraqis now. The corporate press will not rescue us. On the contrary, they will diligently cheerlead the terror and redirect the blame to the state-sanctioned enemy of the day.