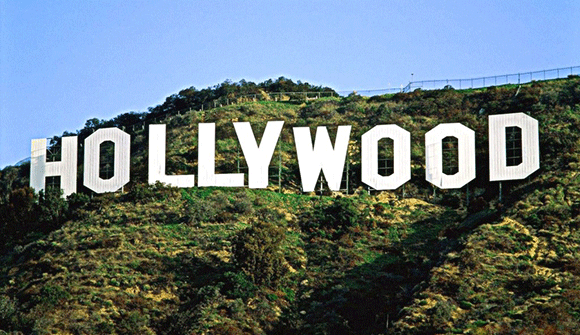 I grew up in a small village in Lithuania, raised by a single mother. So you can probably imagine my childhood was not one of wealth and luxury.

Just like when Simon was growing up, money was always tight and a constant source of stress in my home. But I’m grateful for that struggle because it taught me some very important lessons.

I realized at a young age that I’d have to make something of myself. No one would give me anything for free, I’d have to earn it.

And most importantly, I couldn’t allow myself to be defined by my environment. If circumstances were beyond my control, I learned that I would have to change my circumstances.

As I got older I always found some ways to make money. I worked all sorts of jobs, from cleaning houses to working as a forklift driver.

But my favorite jobs where when I would be cast as an extra in some locally produced movies and TV shows.

Being an extra was never glamorous. I never had any speaking lines. Basically I’d just loiter around set and occasionally stand in a crowd of people when they were filming a scene.

Sadly, Christopher Nolan never called to offer me a starring role. But I got plenty of free food and decent pay for the experience.

And some people actually make a career of this, even in Hollywood

Simon and I have several friends in Hollywood, and recently I was talking with one of them—a very sharp, talented actor who attended our entrepreneurship camp a few years ago.

It was an interesting conversation because he told me all about the ways the industry is changing.

Our friend was recently cast in a prominent role in a US TV series that stars a major A-list celebrity. And after signing the contract, he was immediately sent a 42-page guidebook explaining all the rules and regulations for Covid-19.

You can probably imagine already, the entertainment industry’s Covid requirements are mind-numbing.

The show is being filmed in another state, so before he leaves LA, he has to be tested for Covid. Then he gets on a plane and is immediately tested again. Then he picks up a rental car and drives himself to a quarantine facility where he spends at least a week and a half in total isolation, regardless of the test results.

Then he’s tested again… and finally allowed to leave quarantine.

Everyone is obviously in masks while on set. The actors take them off when filming, but as soon as the directors says, “CUT!” the masks go back on.

And of course there are plenty of people on set whose sole job is to enforce the countless other Covid regulations in that 42 page guidebook.

Now, my point here isn’t to say that this is extreme overkill. The larger point is that these Covid requirements are incredibly EXPENSIVE.

Major studios will probably be able to afford the extra costs—all the additional employees, the travel costs, the extra quarantine time, etc.

But some small, independent production company will never be able to handle those costs.

And that’s the same effect across many industries—big companies may survive, but a lot of small businesses can’t cope with the new costs of doing business due to circumstances beyond their control.

This reminds me of that critical lesson I learned when I was younger: when circumstances are beyond my control, change the circumstances.

And a lot of businesses are already doing this.

I touched on this briefly last week when I was telling you about my travels.

While some places in the world are totally locked down, others (like Dubai, where I was traveling last week) have recognized that they need to reinvent themselves and figure out a new way forward.

And frankly the movie industry is another great example.

A lot of smaller production companies are picking up and leaving highly unionized Hollywood. The costs of production were already spiraling out of control. And now with the union’s Covid rules, they’re even harsher.

So now people are looking at filming in new locations that have different rules… including in different countries overseas that have more business-friendly Covid protocols… not to mention tax credits, grants, and a much easier regulatory environment.

The same thinking applies to individuals as well.

If you’re able to work remotely and you don’t feel like dealing with various restrictions or chaos at the moment, why not pick up and (at least temporarily) relocate to a place that will roll out a red carpet for you?

Bermuda might be just one of many places for you to consider, which recently launched a “Work from home” program which authorizes foreigners to live in Bermuda for up to 12 months while working remotely.

Barbados has a similar program.

Mexico is another great example where it’s easy to work remotely. And for those who want to be closer to Europe, the small Republic of Georgia is a beautiful, culturally vibrant, remarkably inexpensive place to consider.

There are plenty of ways to change your circumstances if you keep a global perspective. You just need the right information, and the willingness to make a change.