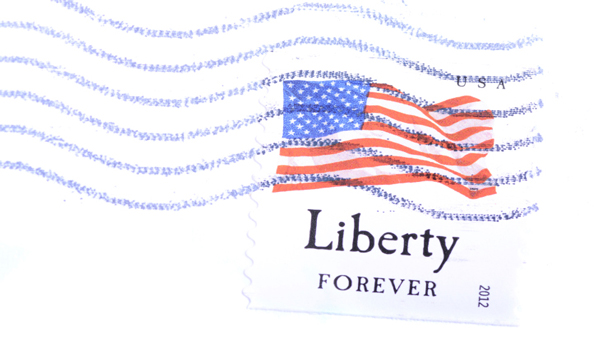 STAFF NEWS & ANALYSIS
Salvaging the Post Office at the Expense of the Private Sector
By Staff News & Analysis - February 06, 2014

Coming to a Post Office Near You: Loans You Can Trust? … The poor pay more, and that's one of the reasons people get trapped at the bottom of the economic ladder. But it doesn't have to be this way. In the same remarkable report this week, the OIG explored the possibility of the USPS offering basic banking services – bill paying, check cashing, small loans – to its customers. With post offices and postal workers already on the ground, USPS could partner with banks to make a critical difference for millions of Americans who don't have basic banking services because there are almost no banks or bank branches in their neighborhoods. – Huffington Post

Dominant Social Theme: We can do so much better for the poor if the US Post Office serves them.

Free-Market Analysis: Lord, help the poor. Senator Elizabeth Warren wants to give them over to the tender mercies of the US Postal Service.

This most inefficient of agencies filled with self-loathing employees and merciless unions is now to be specially dedicated to helping poor people with banking services and so-called payday loans.

In this article posted at the Huffington Post, Senator Warren indicates that she is going to try to provide the USPS with the opportunity to offer these additional services.

The upshot will be predictable, of course. USPS will do to poor people just what it has done to the letter-receiving public … provide ever diminishing services for ever more expensive fees.

Eventually, this bold stroke will prove a panacea neither for USPS nor for the working poor now receiving the services they need from various private-market vendors.

According to a report put out this week by the Office of the Inspector General (OIG) of the U.S. Postal Service, about 68 million Americans – more than a quarter of all households – have no checking or savings account and are underserved by the banking system.

Collectively, these households spent about $89 billion in 2012 on interest and fees for non-bank financial services like payday loans and check cashing, which works out to an average of $2,412 per household. That means the average underserved household spends roughly 10 percent of its annual income on interest and fees – about the same amount they spend on food.

Think about that: about 10 percent of a family's income just to manage getting checks cashed, bills paid, and, sometimes, a short-term loan to tide them over. That's more than a full month's income just to try to navigate the basics.

Families rely on financial services more than ever, but those who need them most – who struggle to make ends meet – too often must contend with sky-high interest rates and tricks and traps buried in the fine print of their loan products. This is not a new problem, and policymakers in Washington have long sounded the alarm.

… That is why the OIG report is so interesting. If the Postal Service offered basic banking services – nothing fancy, just basic bill paying, check cashing and small dollar loans – then it could provide affordable financial services for underserved families, and, at the same time, shore up its own financial footing.

(The postal services in many other countries, it turns out, have taken steps in this direction and seen their earnings increase dramatically.) The report has provoked a great deal of discussion, and it is worth reading David Dayen's article about it at the New Republic — "The Post Office Should Just Become a Bank: How Obama can save USPS and ding check-cashing joints."

We can see in this last graf the contempt that informs official Washington when it comes to "check-cashing joints." It is always this way: Some private enterprise or another is demonized in order to garner more monopoly privileges for fedgov.

In this case, the nation's short-term loan facilities are on the proverbial chopping block. Why? Because in the course of pursuing business, they tend to charge what seems to be inordinately high interest rates for near-term lending.

The mathematics are difficult, however. It may be that up to one out of ten default on the loan entirely, making it imperative to charge a significant amount to service the existing nine. Just to eke out a profit, the proprietors of these businesses need to charge a high level of interest.

This is apparently not recognized by Senator Warren and others who often demonize short-term loan facilities based on their high interest rates and aggressive tactics.

In reality, these services often provide considerable help to the working poor – people who tend to live from paycheck to paycheck and have no financial padding in terms of savings or investments to cushion them from inevitable, unforeseen financial shocks.

Like pawn shops, these businesses provide invaluable services but are looked down upon by Washington's regulatory elite. Because the proprietors are not slick, because their customers are impoverished, they are easy targets for DC's legislative contempt.

And now, it would seem, the heavy guns are being levered against these services. One more hard-working entrepreneurial sector is about to be legislated out of business in order to feed the gaping, insatiable maw of fedgov's dysfunctional "service sector."

It will be done out of the best of motives, of course. The vendors that serve the working poor will now be subject to a withering and contemptuous attack, while federal services and management will be extolled.

The US Postal Service offers a neat solution. Like so many other dysfunctional federal operations, USPS consistently underperforms and increasingly has little or no reason to exist. By further cannibalizing what is left of the private sector, Senator Warren and her allies can reinvigorate another failing federal franchise.

For people like Warren, this is the proverbial win-win. A federal behemoth gets a new lease on life and an unsavory financial niche is constrained or even squeezed out of business.

Senator Warren will be hailed, once more, in the mainstream media as a forceful and insightful senator who is further rationalizing federal services even as she "cleans up" the private sector.

And sooner or later, thanks to individuals like Senator Warren, there will be little or no private sector left to cleanse.