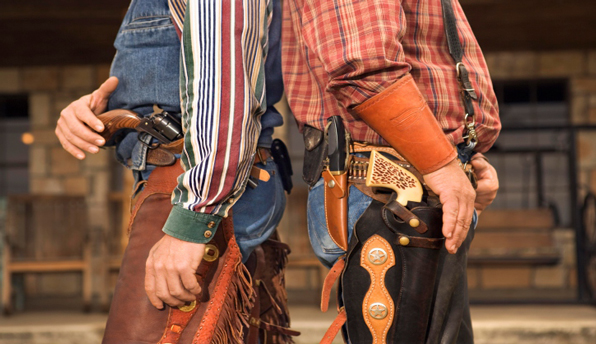 CNBC's Rick Santelli Was Embarrassed on Live TV for Being Wrong About the Economy. But He's Hardly Alone … CNBC's Rick Santelli, often credited with inspiring the Tea Party movement, made news Monday for yet another outburst on air. He repeated his usual rant against the Federal Reserve's loose monetary policy, prompting CNBC senor economics reporter Steve Liesman to unleash his own diatribe about Santelli's consistently failed economic forecasts … Liesman finally had enough of Santelli's hysterical screaming. "It's impossible for you to have been more wrong, Rick," he said. "Your call for inflation, the destruction of the dollar, the failure of the U.S. economy to rebound. Rick, it's impossible for you to have been more wrong. Every single bit of advice you gave would've lost people money, Rick." –New Republic

Free-Market Analysis: This is one of the better articles we've read in the mainstream media recently because it efficiently covers two sides of the Western economic argument.

Only at the end does it fail to come to logical conclusions. But what it does provide is both entertaining and thought provoking.

On the one side is "economics reporter" Steve Liesman, who eventually loses patience with Santelli's ranting about monetary inflation and calmly points out that so far – in the past five years, anyway – Santelli's warnings have been consistently incorrect.

If peopled had listened to Santelli – as some did no doubt – they would have lost money, he reminds viewers. Santelli doesn't have much of a comeback …

Many financial professionals and economists refuse to revise their opinions in light of the recovery, and this video shows the degree of stubbornness facing Federal Reserve Chair Janet Yellen as she tries to move Fed policy along an appropriate path. In 2009, under the leadership of former Federal Reserve Chair Ben Bernanke, the Fed cut interest rates to zero. It has used unconventional monetary policy tools, like buying hundreds of billions of dollars of Treasury bonds and mortgage-backed securities, to spur economic growth.

Those policies worried many conservative pundits who saw the easy money as a gateway for higher inflation. Santelli led the charge against the Fed's policies, saying in 2011, "I understand that the Fed wants to appear to be trying to make a difference, but I really think that all the history of lower rates what it has not done for employment, mortgages, or housing, really makes this a futile effort."

In 2012, he professed concerns about hyperinflation seen in the Weimar Republic in the 1920s. Bernanke, and now Yellen, declined to raise rates in response to such pressure. A smart move, it turned out. Other central banks, like the European Central Bank, weren't able to withstand similar pressure—and that's partly why the recovery in the U.S. has been much stronger than in the Eurozone.

Meanwhile, the doomsday scenarios predicted by Santelli et al have not come to pass. Interest rates have stayed low despite huge federal deficits. Inflation has been almost non-existent, with it constantly undershooting the Fed's 2 percent target.

You would expect those outcomes to humble Santelli, convincing him and his fellow inflation hawks to rethink their economic models. Instead, as the economic recovery seems to be kicking into second gear, Santelli and other conservatives who wrongly predicted inflation are, once again, calling for the Fed to raise interest rates.

Santelli argues that government statistics are not accurately measuring inflation, even though an inflation index constructed by a private sector company has nearly identical numbers. "I think we need to get back to a more steak and potatoes, mundane, less volatile form of central banking," he said Monday on CNBC. "We're not in a crisis."

… It's easy to pick on Santelli for his failed forecasts, constant fear-mongering, and refusal to believe economic statistics. Liesman, a frequent on-air combatant of Santelli, is right to call him out. But there are many other economists with a wide audience that are calling for the Fed to raise rates. Those rate hikes will have to come eventually—otherwise high inflation will materialize. Santelli is right about that.

Yes, Santelli is right, as the article states, and not just about rate hikes. He understands the monetary mechanism at work and how destructive it is.

Monetary inflation is responsible for 20th and 21st century financial chaos. What is it about 50 million people on food stamps in the US alone and another 50 million on other government programs that is unclear to boosters of the current system?

The US economy virtually collapsed in the 1930s and there have been varying degrees of severity in other crashes throughout the 20th and now the 21st century.

The tech crash at the turn of the century was significant, wiping out not only equity valuations but also a vast spectrum of 'Net startups. Alan Greenspan and then Ben Bernanke reduced interest rates and the economy began to "recover."

By 2007, there were asset bubbles in many areas. But Ben Bernanke had already done damage by punching rates up before lowering them again. In 2008, markets around the world collapsed.

So what did the good, gray men of central banking do? They lowered rates some more and printed additional money – some US$50 trillion to date, apparently.

The derivatives marketplace is supposedly 1,000 trillion dollars; nobody knows when the recently printed US$50 trillion will begin to circulate more rapidly – and that's presumably one of Santelli's points.

Santelli may not want to shut down monopoly central banking entirely, but sooner or later the current system will collapse of its own weight. Anyone watching these collapses will know that each of the larger ones recently has been worse than the previous one.

The one still to come will probably be the largest yet, though no one knows when it will strike – and because there is so much easy money on the sidelines, and because central banks seem committed to continuing to supply the "punch bowl" for what we call the Wall Street Party, the current equity boom could continue for several more years.

Fortunes will indeed be made – as they have been already in this monetized market.

The article ends with these observations:

But the key question is when the Fed should raise rates. Do it too soon, and it will choke off the recovery. Do it too late, and inflation could become a problem. In fact, for the first time during the Obama presidency, there are signs that inflation may be ticking up. This is a good thing. It was bound to happen as economic growth increased and the labor market tightened, leading to higher wages and prices.

We haven't seen wage growth yet, but anecdotal evidence suggests that it could come this fall. That would be great news, as workers have barely seen any wage growth in the past decade and a half. Yellen has already demonstrated her commitment to ending that streak—to waiting until wage growth actually materializes before deciding to raise interest rates.

In the meantime, she must ignore pundits like Santelli.

Too bad Santelli's larger argument will be ignored or at least trivialized. Monopoly monetization doesn't merely ruin economies; it actually perverts them. The article anticipates economic growth, but what will take place is about as analogous to growth as metastasizing cancer.

It is impossible to have "growth" in a monopoly fiat central bank economy. The businesses that are produced by such growth are aberrant from the beginning, fueled by a noxious mixture of monetary price fixing and ungovernable monetary volume.

The 1920s created whole industries that were wiped out in the 1930s. More recently, we've seen high-tech sectors virtually erased and home-building sectors as well. As constituted at the time, these are in fact faux-sectors, produced by tidal waves of easy credit and ever more rapidly circulating currency. These sectors, especially toward the top of the market, are never sustainable.

In fact, in a fiat-money, monopoly banking environment, the "recoveries" are as phony as the "depressions." Neither needs to exist were the monetary madness to come to a stop.

Santelli is right about the system; Liesman is correct from a timing standpoint. But neither will suggest the real solution so far as we know, which is to stop fixing the price of money and reestablish competitive currencies along with the free circulation of gold and silver.