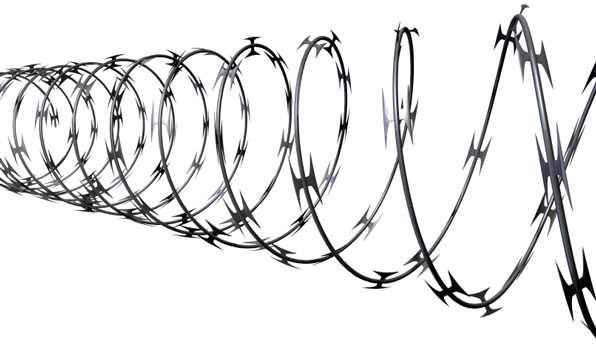 Dominant Social Theme: Whatever is happening is fully justified and in the best interests of the "American people."

Free-Market Analysis: This is a very disturbing article, but one that could surely be accurate. It is apparently based on a report from the AP that puts Scalia's comments in a more speculative – hypothetical – light, as follows:

Avi Soifer, the law school's dean, said he believed Scalia was suggesting people always have to be vigilant and that the law alone can't be trusted to provide protection.

But regardless of the imminence – or lack thereof – implied by Scalia, the implications of his remarks logically extend the trend that the "War on Terror" has already begun. Hyper-security (Homeland Security, etc.) along with travel and financial restrictions and censorship could – almost inevitably – include the potential for increased draconian measures up to and including camps of various sorts.

Also, we have a feeling – just a feeling – that Scalia is sounding a warning based on what's being discussed at high levels around him. In other words, he is not just speculating but has decided to broach a subject of considerable speculation within the military, Intel agencies, etc.

Here's part of the AP report:

Scalia was responding to a question about the court's 1944 decision in Kore­ma­tsu v. United States, which upheld the convictions of Gordon Hira­ba­ya­shi and Fred Kore­ma­tsu for violating an order to report to an internment camp.

"Well, of course, Kore­ma­tsu was wrong. And I think we have repudiated in a later case. But you are kidding yourself if you think the same thing will not happen again," Scalia told students and faculty during a lunchtime question-and-answer session.

"That's what was going on — the panic about the war and the invasion of the Pacific and whatnot. That's what happens. It was wrong, but I would not be surprised to see it happen again, in time of war. It's no justification but it is the reality," he said.

No doubt, the Japanese camps in the USA were part of a larger, calculated provocation designed to further polarize US citizens when it came to the war with the Japanese. In other words, the camps served as a kind of propaganda campaign.

Surely modern internment camps, if they come, will also be used for propaganda purposes. But the propaganda will be different, as the war being waged is different as well. It is a "war on terror" – with all the ambiguity that includes.

Of course, while there is ambiguity, there is also a good bit of certainty as to whom the targets are. Homeland Security on various occasions has not been shy about identifying certain groups. These include "Constitutionalists," "Preppers," "Truthers," etc. … in fact, almost anyone who has a gripe with the current direction of the US and its ever-eroding freedoms and civil rights.

Why would the US government pursue such interments? The obvious answer is that those running the government are doing so at the behest of a larger globalist crowd that wants to break US exceptionalism once and for all.

The US – like Switzerland – has a culture of freedom that is most hard to eradicate. Religious freedom, the right to bear arms and to write and believe what one chooses are elements that many millions – tens of millions – believe are embedded in US society. They are hard to eradicate.

But look to England to see what's in store. David Cameron's Tories are attacking the Internet, the media and basically making it clear that "security" trumps the "right to know."

Good news? This approach will work better in Britain than the US, where various rights are enshrined in the Constitution. England – Britain – has no written constitution and in times of social stress it is easier in some ways for British authorities to abrogate even longstanding civil rights.

Is Scalia sounding the alarm? The post-9/11 environment has been clearly one of ever-increasing government activism that has expanded civil and military police actions and Western Intel operations as well.

The NSA abuses are merely a small part of what is taking place. The FBI, CIA, MI5 and MI6, the Mossad, NATO and other facilities of Western power – including myriad other intelligence agencies that no one has heard much about – have all expanded their activities and technology. It seems the US – the West – is not being run by organized political entities anymore (if ever it was).

More and more obviously, the EU, Britain and US are run to benefit internationalist agendas that seek an ever-closer global union, both politically and economically. Military, Intel and civilian entities act as the enforcement arm for these agendas. They are as much an occupying force as they are entities of "democracy."

It is for this reason that Scalia is doubtless correct when he predicts the possibility of these camps – or at least their potential functionality. The framework is already in place, the motive is clear and the reality may not be far off if the determination to re-establish this sad chapter in US history exists …