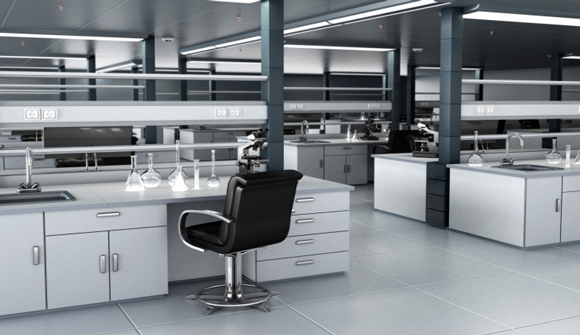 How Science Suffers During Government Shutdown … Congress (probably) won't defund the government next week. But if they do, their decision will be disastrous for science … No one wants another government shutdown. Not President Obama, who needs the funding to fight ISIS and Ebola abroad. Not Speaker Boehner, who warned House Republicans last month that defunding the government would only backfire. And certainly not the 800,000 federal workers who were furloughed without pay during the last 16-day shutdown, in October 2013. – Scientific American

Dominant Social Theme: It takes a city to make a new idea.

Free-Market Analysis: Scientific American often provides us with memes we recognize, especially when it comes to global warming. Another theme is the virtue of government science.

For the editors at Scientific American, there can be almost no significant breakthroughs without government funding. Of course, if we look back at the significant inventions of the 20th century, we find that the government role was fairly non-existent for the most part.

That doesn't seem to stir much introspection at Scientific American. Here's more:

Lest we forget, it is worth revisiting what happened to science and scientific research the last time the government shut down—and what could happen again, if Congress can't reach an agreement by the end of next week.

Space science: We neglected the Webb Telescope…and planet Earth … NASA actually shut down their Asteroid Watch program for 16 days. Until the shutdown ended, private companies and the European Space Agency had to monitor the skies for rogue space rocks without NASA's help.

Health & medicine: Prevention was put on hold … As soon as the shutdown began, the National Institutes of Health suspended all new clinical trials. Each week, the NIH turned away as many as 200 volunteer subjects, many of whom were cancer patients desperately hoping that an experimental treatment might save their lives.

International cooperation: Shutdown engendered distrust … In October 2013, federally funded scientists were unable to attend at least one major international conference until the shutdown ended. For more than two weeks many American scientists couldn't share their findings with the international scientific community or participate in joint research projects abroad.

What can we say about the above litany of scientific tragedies? Mice used in experiments died. No one was monitoring space for rogue asteroids that might hit Earth. Cancer cures remained unfunded. Scientists in other countries were upset because funding cuts had an impact on their projects as well.

Of course, a cynic might point out that the death of lab mice, however sad, probably didn't change science very much. And the lack of scientists monitoring the skies did not bring down large chunks of rock upon Earth (and such events don't ordinarily happen anyway).

It is true that cancer cures were temporarily underfunded, but the worldwide scientific community has a lousy record where cancer is concerned. It's almost as if science is reluctant to find a cure, or so many speculate, because treatments (as opposed to cures) are so lucrative.

Finally, scientists from around the world may have been upset at US funding cuts because US funding is lucrative for all concerned.

We examined several lists of scientific breakthroughs in the 20th century just to see how large a part government science played in them. The personal computer, the airplane, the automobile, rocketry, antibiotics, even the Internet – all these breakthroughs were created by individuals WITHOUT government funding

Perhaps the most significant government-backed invention was nuclear power, arising from nuclear weaponization in World War II. But even here theoretical antecedents were privately arrived at.

In the 20th century, anyway, it seems a myth that discoveries are generated mostly via government funding. Even private sector – corporate – support doesn't seem to create a lot of breakthroughs. As we've suggested many times before, it is the driven individual striving determinedly toward an individual goal that often creates the breakthrough.

Government and corporate funding can certainly refine what has been discovered. But the nub, the germ of the invention, is often a private affair.

There is nothing surprising about this for those aware of the power of human action. The collective idea – that it takes a village – is one of the most powerful themes of collectivists. Nothing is to be accomplished by the individual, only by the group.

Major media like Scientific American present the meme on a regular basis. Justifications are made to generate massive government-science programs. Vast scientific structures like the CERN collider are erected to find dubious particles such as Higgs bosun. Global programs are established and funded to look for space rocks that might crash into Earth.

And probably you won't until the theory is funded by a government grant. But in the meantime, plenty of entrepreneurs are researching this compelling scientific theory and publishing their findings on the Internet.

Once again, real science is being driven by individuals, underfunded and underappreciated. Sorry, Scientific American. Look to original minds, singularly occupied, to make the real breakthroughs.